Last night was the induction ceremony for the Shawnee County/Topeka Sports Hall of Fame.  I’m not sure the process that selected me, but it was a honor being picked.  The two other inductees, Clardy Vinson and Judy Dyer were genuine people.  Guys we could just hang out with. Both Olympians and both super nice.  It was a pleasure getting to know them just a bit.

The ceremony was held in a ballroom at the downtown Ramada Inn.  It was sponsored by Capitol Federal Bank and a slew of other local businesses.  I was surprised how many people were there and  how well it was run.  I’m not sure why that was.  I guess I expected a lower key deal.

Anyway, I had my own table set up in the front.  Keith and Catherine Walberg were there, along with my brother Kris, plus Bill.   There was a dinner first, then the awards ceremonies.  Along with the Hall of Fame inductions, there were awards for the best student athletes from Shawnee County.

Man, were some of those kids talented.  Not just talented, but smart.  I don’t think I heard a grade point average less than 3.5 and some of them had something like 4.4.  I’m not sure how you even get to 4.4, but more than a handful hand grade points over 4.

Judy was inducted first.  She gave a very inspirational speech.  She moved from Topeka after high school and lives in Houston now.  There was no organized running when she grew up, so she did it pretty much on her own.  She ran the hurdles in the 1968 Olympic Games.

Clardy was last, me sandwiched in the middle.  Clardy was a running coach when I was in high school.  He told me that he asked me to go out for cross country, but I don’t remember that.  Clardy went to K-State and was a two time All-American.  He was part of the distance medley relay that set a world record at the Drake Relays.  He went on to be principal of Topeka High. Pretty good resume.

Catherine introduced me.  She was awesome.  It was a little embarrassing listening to someone publicly say your achievements, but that is my problem.

I kept my acceptance speech short.  Mostly about how lucky I am to happen upon the sport of cycling.  And that the sport has given me insight to how the rest of the world works, somewhat, and gives me a sense of empathy that I most likely wouldn’t have without it.

Anyway, it was a relief when it was over.  I’m not too big on public speaking.  It was a little easier because I didn’t know that many people in the audience.

It is always a privilege being honored by your peers.   It was sort of strange being selected by a committee of people from Topeka, that aren’t involved in cycling at all.  When I took that into consideration, it was a bigger deal than I initially thought.  All in all, it was a really fun night, pretty special.  Here’s a link the local news did last night. 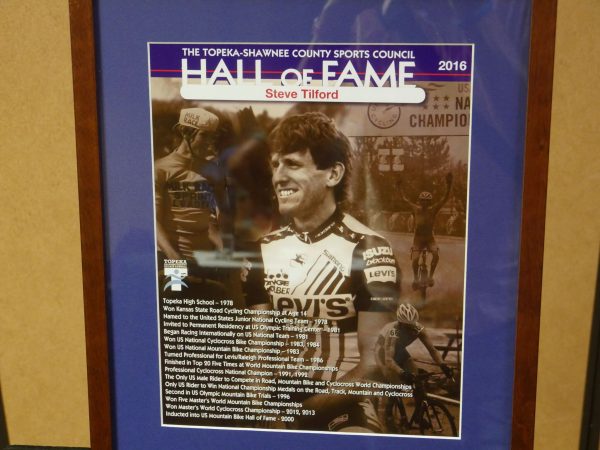 They gave me one of these and the 2nd one is going to hang in the Topeka Public Library for a year, then go to Topeka High. 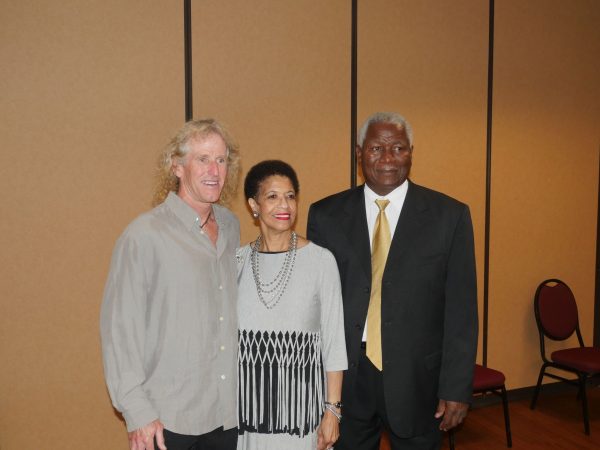 Judy, Clardy and me. 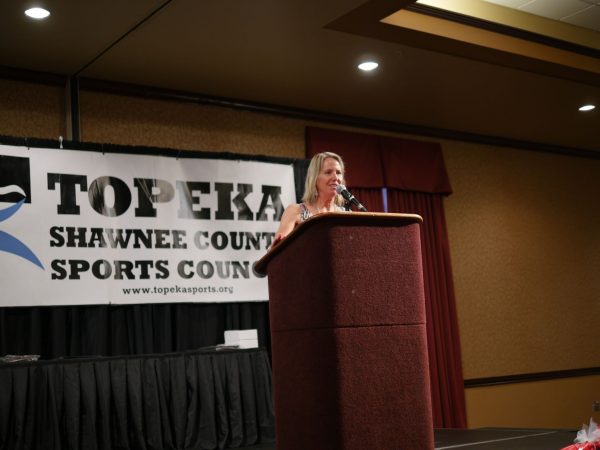 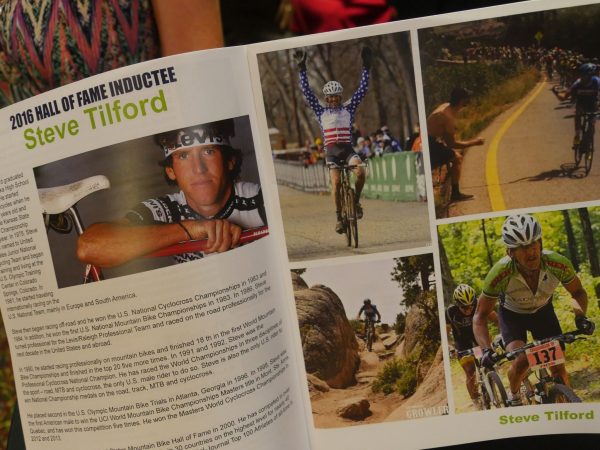 The layout in the program. I’m not sure why they put that picture of Tom Danielson flipping off Kalan, but I love it.