I stuck to my plan and rode on gravel the 30 something miles over to Lawrence.  My Garmin was usually hovering right around 100 early, but on the way back it was 104 or so.  It seems to be pretty close to spot on, even in the direct sunlight.

I thought I was doing pretty well most of the ride.  It was pretty windy, like around 25 mph, but I wasn’t trying to set any speed records.  And I wasn’t.  I got to Lawrence on just one large bottle, drank a couple more, plus a 32 oz Gatorade, bought a pickle in a bag, and headed back.

Coming back was the problem.  I was pretty good the first half, then sort of started falling apart. Anytime I tried to climb off my seat, I was completely gassed.  My heart rate was pegged the whole time.

That is what is weird.  The heart rate.  I don’t understand why my heart rate was so high, when I was producing no power.  I guess it is that my body is using a ton of energy producing sweat or pumping blood to the skin, so it doesn’t have any exact volume to pump blood to my leg muscles.

Whatever the reason, it was demoralizing.  I looked at Strava, and there is a segment coming back into Topeka.  We ride it all the time.  I have the KOM at something like nearly 30 miles per hour for nearly 5 miles.  8:40 is the time, 350 watt average.  And that had to have ridden with a group, drafting some.

Anyway, I got back and only had a few minutes to head over to a radio interview across town.  I counted and I had drunk 8 big bottles on the ride and was nearly 10 pounds light.  It is impossible to consume enough liquid at those temperatures.   I sort of had a stomach ache the rest of the night.

I couldn’t get to sleep last night, so I got up and ate 1/2 a watermelon at 2 am.  Tucker didn’t know what was going on.   Plus I drank all the juice out of a pickle jar.  That only lasted until about 6 am, because that is when my left hamstring cramped.  I hate that.  Nothing like waking up with a muscle seized.

Anyway, this whole subject interests me.  The whole sweating/heat subject is pretty complex I think.

I was talking to my dentist from Winona and he told me that he sweats a ton.  And that his whole life, his sweat burns his eyes badly.  Like even an hour after exercising, his eyes could still be burning from the effects of his sweat.  Then about 5 weeks ago, something changed and his sweat doesn’t burn his eyes at all.  He says that he didn’t change his diet at all and can’t pinpoint anything that he is doing differently.  He thinks his kidneys have just readjusted their calibration or something, and his sweat isn’t so salty.

I’m thinking not.  I’m thinking he has changed something, but doesn’t realize it.  I’m guessing this is going to be short-lived and that it will eventually get back to “normal”.

Anyway, summer has just started, so I’m sure I’ll have a lot more observations later.  It is interesting to me, as I age, I have to tweak the formula over and over, trying to figure out what works.  Keeps me on my toes I guess. 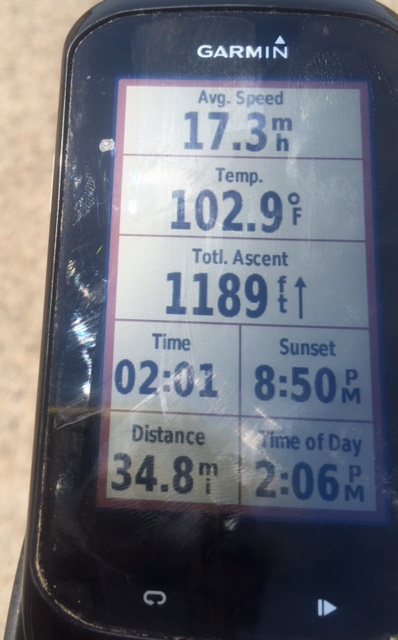 It was pretty hot the whole ride. 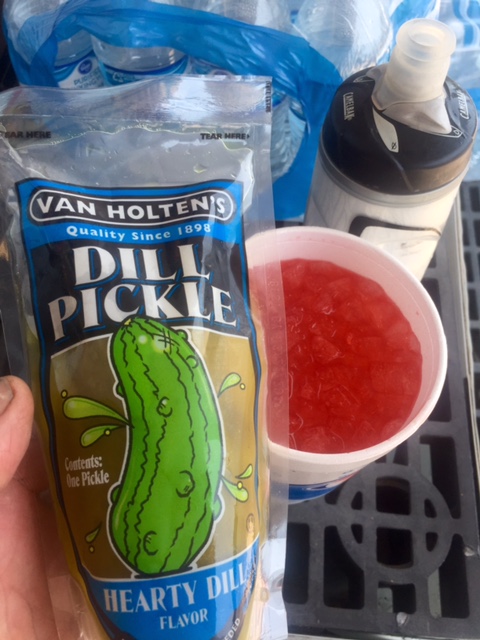 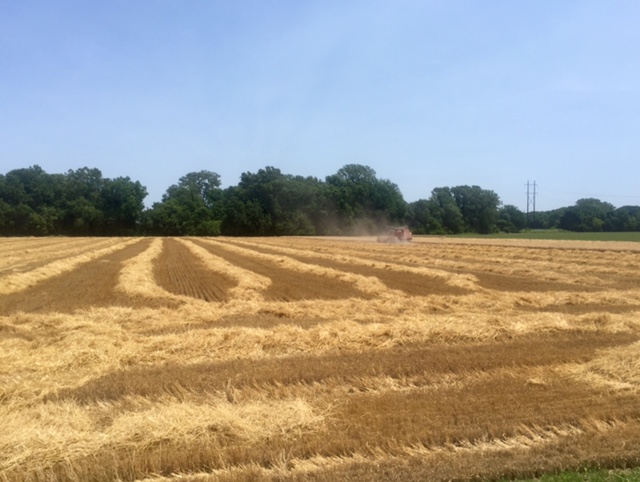 Lots of wheat harvesting going on. Guess the combines are air conditioned.  This guy must of needed a lot of straw. 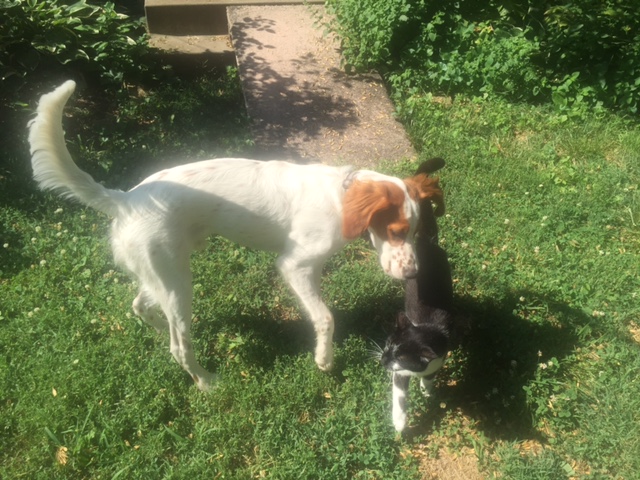 Tucker is happy being back with some cats.

23 thoughts on “Kind of Destroyed by Heat”