I’m driving up to Wisconsin to let Tucker run around in Bromont’s old favorite stomping grounds, the Northwoods around Cable.  That isn’t the only reason, but it is a good one.

I’m also getting a tooth fixed that has been bugging me for the past month.  Bad teeth and health go hand and hand.

Tucker and Hawkeye are super buddies, so maybe Hawkeye will show him around.

I thought it was great how many suggestions I got yesterday why I was riding badly and how to fix them.  Anywhere from you’re getting too old to race and should just hang it up to you just need some coaching to figure out how to go fast.  Someone has to be right and then then rest wrong.  I’ve had pretty good “luck” throughout my sporting life preserving during slumps.  I can’t see why this one would be any different than the others.

It is a little different because I put it out the publicly, I guess.

The weather in Kansas was going to be extremely hot.  I was a bit hesitant to leave because sometimes riding super slow, in the heat of the day, during hot spells, snaps me back into form.  I’m not sure why that is, but it has worked in the past.

Tucker has no idea where he’s going to end up.  I hope he is pleasantly surprised. 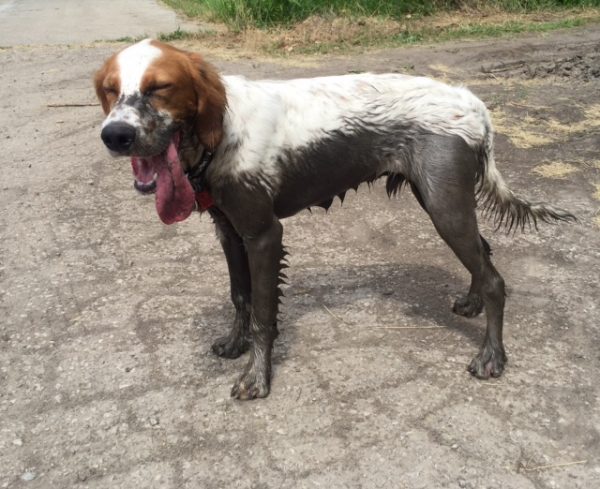 Tucker was looking for anything to cool off on the walk before we left. He found a mud puddle.  He obviously got a bath.

14 thoughts on “Taking Tucker to the Northwoods”