Yesterday I had a new experience.  I didn’t start a race I was present at and I don’t think I was sick, and know I wasn’t hurt (anymore than usual).  It was a decision.  We’ll see how it plays out the next while.

I rode horrible the night before at The Brady District criterium.  I felt gassed.  I’d downloaded my Garmin and I was shit.  Like power 1/3 off from season’s high and heart rate off the 2016 charts.  What is up with that?

Anyway, I got a pretty good night’s sleep, over 8 hours and was hoping I’d be better for Sunday. The day started a little off, trying to find some shade for Tucker so I could go out and ride an hour.  I finally found a  shaded area and got ready to ride.  I headed out and it seemed like it was going to rain.

I checked my phone and it said 100% chance the next hour.  I decided I needed to warm up more than not get wet, so kept going.  I felt like shit.  Like no power and super hot.  When I get over heated, I breathe from my lower diaphragm.  It kind of gives me a stomach ache.

Anyway, I rode 10 miles out, up the river and started back.  I was thinking that maybe I wasn’t that bad.  Getting back close to the course, I was riding up a small hill and some big dude, (by big, I mean extra big) , with a backpack, comes riding by me and recognizes me.  He proceeds to talk, and talk, not breathing hard at all.  I was gassed.  I told him he was riding pretty great and he said the weight helped.  Go figure.

Anyway, that was the straw that broke the camel’s back.  I decided that I was just going to have to spectate.  I watched the women’s race.  Skylar Schneider kicked serious ass.  She is only 18. Then I watched the first half of the men’s race.  It was unsettling sitting there listening to the announcers talk about me publicly like I was out there racing.  I had to leave.

Anyway, I’ve had a night to sleep on it, but haven’t really thought about it much.  I wasn’t going to be good, but I’ve done a ton of races not good and surprised myself.  But this seemed different. I’m not sure if it is lack of sleep at altitude or too much humidity or if I’m just in a huge slump, but something was off, real off.

So, I’ll let it soak in for a few days and not dwell.  Like I said yesterday, disappointment in sports is inevitable.  If you don’t know how to deal with disappointment, then you picked the wrong pastime.   Back to the drawing board for a little while. 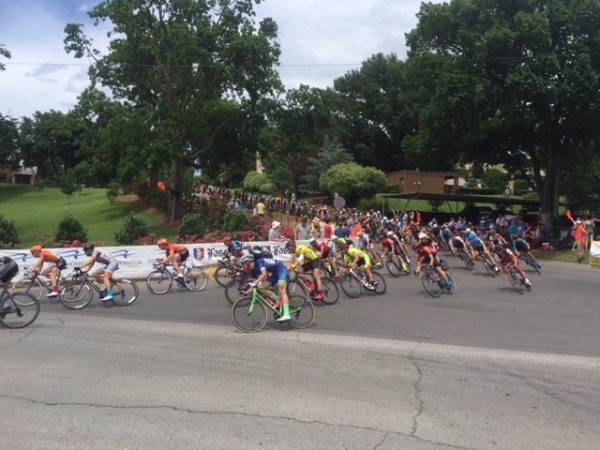 The 1/2 field was huge. The last corner of the race is off-camber, kind of tricky. 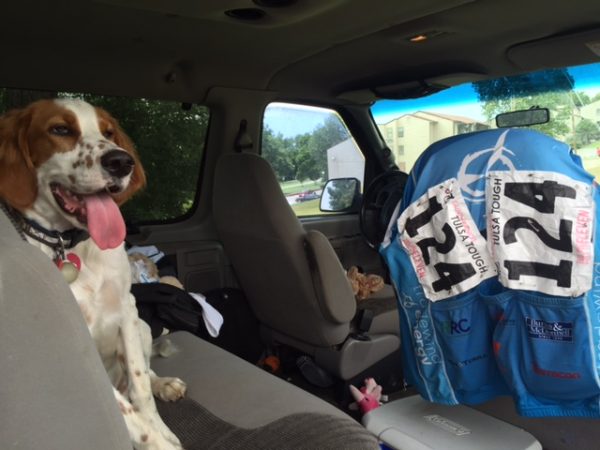 As close as I got to racing yesterday.  Tucker wasn’t much into the heat either. 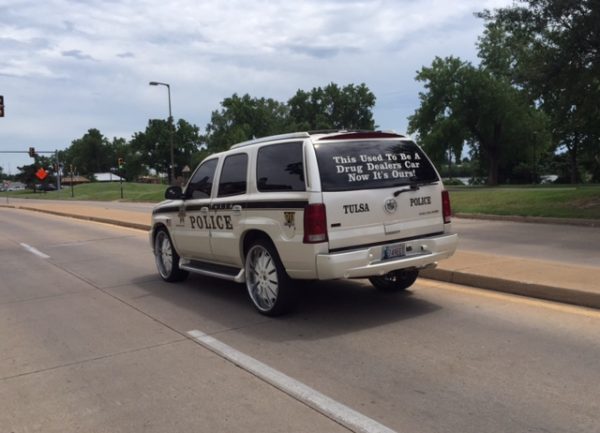 I saw this police car parked at the race. I’m not sure about this. It kind of says, if you break the law, we take your shit. I’m not exactly sure that is the message the police need to convey to people to help them stop being criminals.