Yesterday, the Kansas gang, plus Karl, heading North to ride MTB trails.  The problem is there is a lot of snow pack above 11,000 feet.  It is June, but it must have snowed here a bunch.  I wasn’t paying much attention to where we were going, but next thing I know, we’re walking through snow.

I am up for an adventure as much as the next guy, but I’ve already done the walk through snow in the high mountain thing much too recently, so I was dragging my feet and casting a dissenting vote on continuing.  I do sometimes learn from experiences.

Anyway, I was out voted so we kept going.  We could ride about 1/2 the time and the then had to dismount and walk in deep snow for a couple minutes.  We were nearly to the top, where there was a trail junction and hopefully more exposed to the direct sunlight, thus no snow.

I finally just said I wasn’t going anymore.  Karl had forged ahead and was out of voice contact.  No one wanted to go fetch him.  He eventually yelled back that it was worse ahead.  So we turned around.

I very rarely turn around on an adventure, but this was the right decision.  It was much quicker going down.  We could ride about 1/2 of what we walked up through because we had beaten down the snow enough to not stop our front wheels.

When we got back to the dirt road, it was started to get super dark and I could hear thunder.  I wasn’t dressed to get wet.  The problem was that there was a 25mph headwind going downhill. I pulled the few miles back to the bike path and then we just took the bike path back.

We stopped and got soup in Breckenridge, which hit the spot.

I’ve been having super headaches every since I got here.  We’re nearly at 10,000 feet and the altitude difference must be the reason.  Whatever the reason, I haven’t been sleeping much. Today we’re riding on the road.  Not sure if we’re headed over to Vail or over Hoosier Pass. Either way, there isn’t enough oxygen here for my current state. 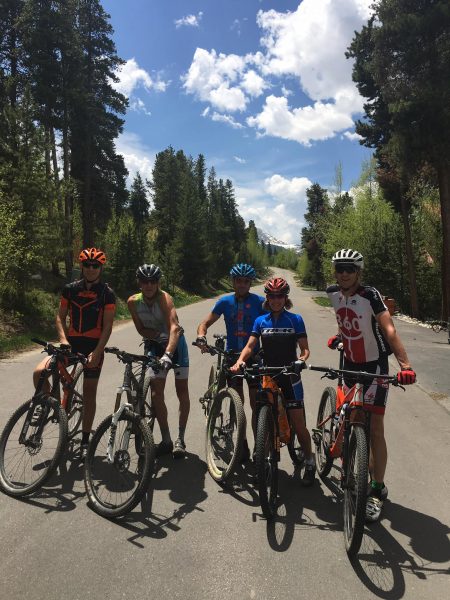 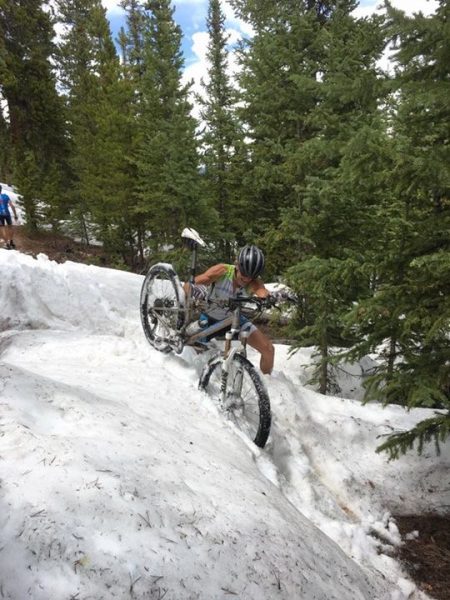 Walking with a bike in the snow is cumbersome. 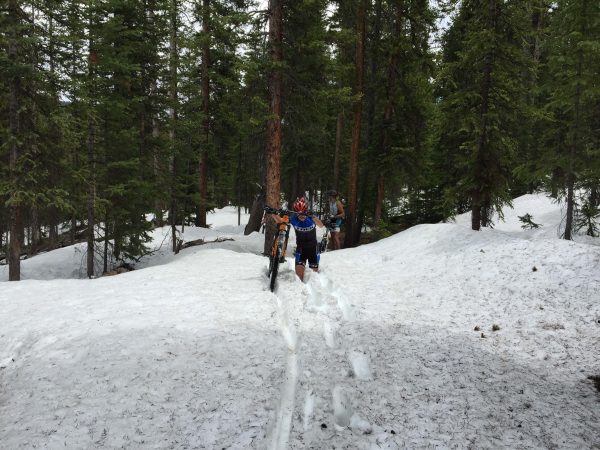 It got a little deep for Catherine. 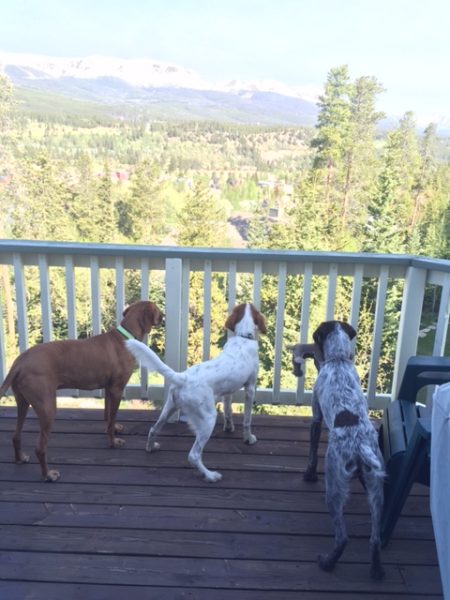 Jack, Tucker and Nikola are enjoying the view.

8 thoughts on “Wasn’t Quite Epic”