I did the drive out to Arvada yesterday.  It was pretty painless.  Lots of rain.  I was in Eastern Colorado at around 84 mph  and got passed by two motorcycles going at least 40 mph faster than me.  They disappeared up the road instantly.  That would make the trip from Topeka lots shorter time-wise.

The traffic in Denver was bad.  It was only 2 and everything was stopped in I-70.  I still got to Vincent’s just in time to go for a ride.  It was already in the lower 50’s and dropping.  We rode over to South Table Mesa and by the time we got to the top, it was in the lower 40’s and raining. So we cut our ride short and headed back, just missing getting totally drenched.

We’re gonna pack up and head to Gunnison in a hour or so.  They are racing on the course today, so there is no reason to get there too early.  Me and altitude don’t normally get along so well, so I’m going to be interested seeing how this worked out tomorrow.  Right now I’m planning on the start slow and finish fast tactic.  And by slow, I mean pretty molasses slow.  If I go over the limit early in an altitude race, when I’m not acclimated, it takes forever to recover. Plus, the race is long, 64 miles, over 5 hours.  I might just be here for the ride, it really doesn’t matter.  It is going to be great either way.

Changing the subject, how about two races yesterday.  The Giro and Pro National Time Trial.  At the Giro, Nibali had been completely written off and took advantage of a crash by the pink jersey and now is just 40 seconds out of winning the whole thing.  Nibali was supposedly sick and the Nibali was rumored to being pulled out of the event.   Guess that was all make believe. I’d bet he wins the race overall today.

At the Pro National Time Trial, the results were predictable.  Taylor Phinney on paper was the best rider and he won the event.  The one glitch in the event was that is you notice here in the results, Daniel Eaton was DQ’d from the race.  The problem was that he turned around at the marked turnaround and that “the real” turnaround was up over a short hill, out of sight.  In the race bible it was marked at a different place and during the pre-ride, lots of the riders were turning around where Eaton turned.  How screwed up is that.  I talked to Trudi and she said that the BMC guys were mixed up too, during the race.  Can you imagine the outcries if Taylor would have been the one turning around early because of confusion about the turn around. Completely unacceptable.

Anyway, the final climbing day of the Giro is going on right now.  It’s the last climb, 15 km to go. Should be an interesting finish.

Missing Snake Alley.  Only so much time and so many places you can be. 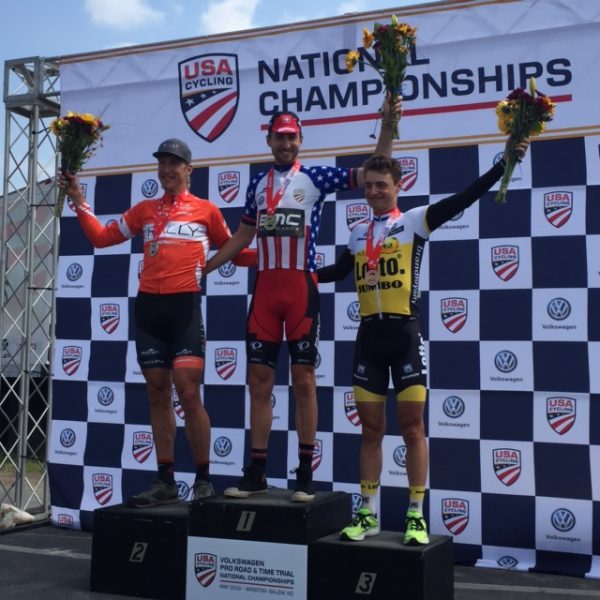 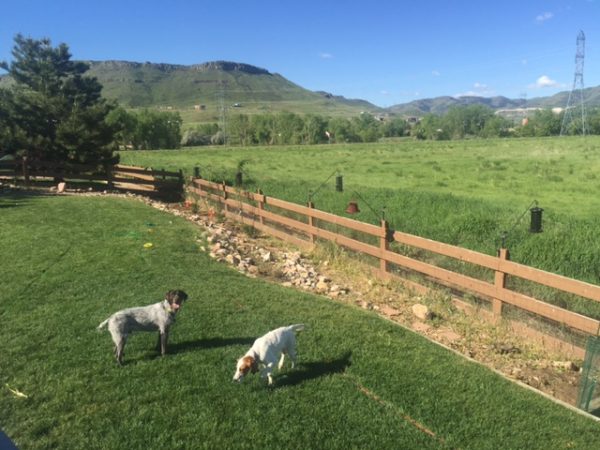 Not bad view to wake up too. 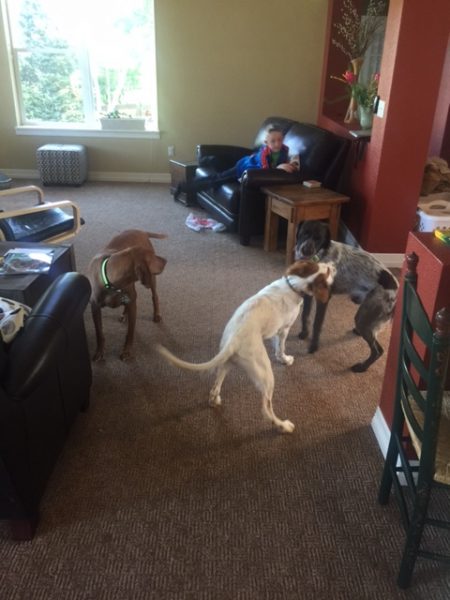 Tucker has been playing with Nick for over 12 hours now.