The topic is club rides.  I think that most of us learned many of the skills we have on club rides. That is the majority of the time we initially spent on our bikes, pedalling in circles and, hopefully, absorbing all the information around us so we could be better cyclists.

I didn’t really have a club ride when I started.  Well, maybe that isn’t true.  There were 3 or 4 of us that would meet after 5pm and ride until dark.  I don’t even remember if we rode 2 x 2, the roads were so barren back then that we never had issues with automobiles.

But, we did mimic races.  Sometimes we’d go to the VA hospital and ride criterium laps.  But that isn’t where I got good cornering.  I “practiced” cornering at Washburn University, on the sidewalks, at night.  We had about a quarter of a mile loop that had about 6 corners.  We’d time each other lap after lap on the sidewalk loop.  I went over there all the time on my own and rode hot laps.  Thinking back upon it now, it seems silly, but honestly, that is where I learned to lean my bicycle over.  I never fell on the sidewalk ride.  My brother, Kris did once. But he didn’t get hurt and it didn’t slow us down at all.

Anyway, back to club rides.  I think good club rides are hard to find.  They aren’t like the club rides of old.  Modern club rides tend to get out of control pretty quickly.  A good club ride is one that is good for all levels of the sport.  And by all levels, the bottom level starts with someone that has ridden a bike enough to understand the basics of drafting and riding in a group.

A good club ride is organized.  There needs to be someone, an enforcer you might say, that keeps everyone in line.  Usually, this is the best rider, a pro or ex-pro, or good Cat 1 that can control the craziness that tends to occur, which makes the ride unravel quickly if it isn’t taken control of quickly.

A good club ride isn’t huge.  When you start approaching over, say, 20 riders, then that is about the max.  There are exceptions to this, but in general, the guy watching out for all the riders, can’t keep track of more than about 20.  There are good rides with lots of more riders, but those rides tend to be more free-for-alls.

Our rides in Topeka have always been pretty good.  We tend to watch out for each other.  They aren’t no drop rides, they are – Let’s do our best to get everyone to the finish together, with everyone still getting a really good workout.  Riders of lots of different abilities can train together effectively.   That is one of the coolest things about the sport, that I can be sitting on the front, riding into a 20 mph headwind at 20mph, and a much weaker rider, a new guy, can still be riding with me by drafting correctly.

We normally try to ram it up towards the end of the ride.  Usually the last 5 miles, maybe further out sometimes, it just depends.  Our evening rides used to be 35-40 miles.  Now they are tending to be closer to 45-50.  We seem to be riding a little faster now.

It is sort of funny, but we used to sprint all stop ahead and city limit signs.  We tend not to do that anymore.  I’m not sure why that is.  Maybe it is because of the diversity of the group and that the regrouping would take up too much time?   “In the olden days”, stop ahead sprints were full-on race sprints.  I could for sure use some more sprint practice.

The first thing I tell a new guy that asks me about how to improve riding is to find a good group to ride with.  It is so important.  It is what lays the foundation for a successful, safe, cycling lifestyle. 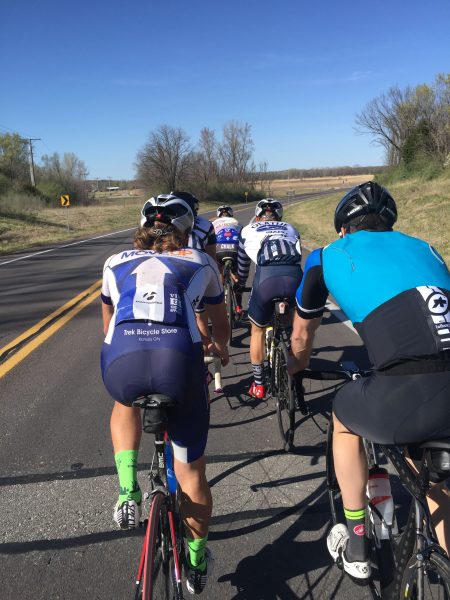 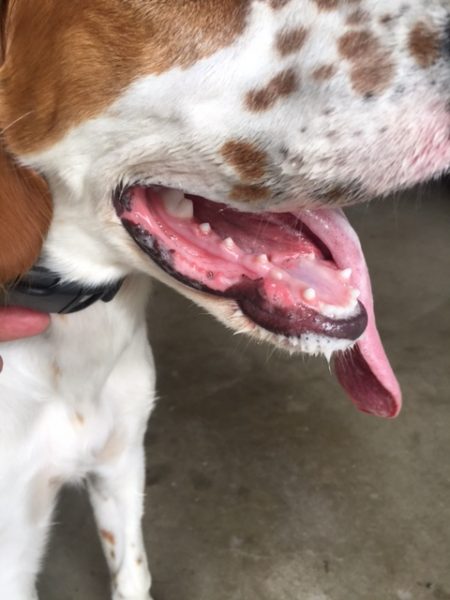 Tucker has lost most of his baby teeth, so he doesn’t rip me up so much playing. He did chew the steering wheel of the van yesterday, though.