The race was capped at 250 riders.  I guess that is the amount of guys that Roger WIlliams, czar of the event, felt was manageable.  The course is mostly north of Lawrence in the hills.  And it is hilly.  Other than riding 5 miles out and back along the Kansas River levy, it is rolling the rest of the time.  There is close to 8000 feet of climbing, even though my Garmin registered 6800 ft.

The day was chilly.  Like lower 30’s at the start.  Rolling out on the levy was painful.  Did  I mention it was windy?  Pretty real windy.  And it got windier.  That was the theme of the day for most of the riders.  Sometimes the hills were a blessing because it blocked the wind.

Right after heading off the levy, there is a pretty steep road climb.  Brian started the climb pretty swiftly and rode away with Ashton Lambie.  Ashton is a young guy that set the record for riding across the state of Kansas from Colorado to Missouri in a smid under 24 hours.  I believe he is a manager at Sunflower Bikeshop in Lawrence.  He is a very good cyclist.

I was nursing Bill along for a bit.  He is starting a little slower than normal, having been sick for a few weeks.  Pretty soon we rode back up to Brian and Ashton.  There is a KOM about 15 miles in.  I’m not sure it is the hardest hill of the race.  I knew Bill was going to have trouble staying attached on it.  We tried to head up the hill slow, but Ashton seemed to have only one pace, pretty brisk.  And there was a group of 5 guys coming up from behind.

I came back from behind and won the KOM.  Brian wanted to wait and I told him at the top. But, it wasn’t to be.  Bill flatted just a mile or so later and we never saw him again. He ended up flatting again and again and finally cut the course short back to the van. At this time we were riding with cross tailwind, but it didn’t seem like it.  It was hard.

A couple more guys caught back from behind, but Brian despatched them on the next hill and it was the 3 of us again.  I don’t think Ashton rides much in groups, because when we were trying to rotate, he just kept pulling.  And the problem was the was so much new gravel that there really was only room for 2 riders in the smoother parts of the road.

So, after about 20 miles, Brian and I were alone and that was it.  Kind of a replay from the year before.  The wind was vicious and we kept riding pretty hard.  At 56 miles, there is the one feed stop.  I got a bottle and a banana, then just kept going.

It is sort of strange, but after the feed, I felt a lot better than before.  That was the same as last year.  Before I felt like I was going to cramp.  Then that subsided.  Eventually it got to where I was going better than mediocre, which was my pre-race prediction.  I have to say the last have I didn’t feel that bad.  It wasn’t good, but I wouldn’t have thrown my chip back.

It became apparent that we weren’t going to break the 5 hour mark.  Brian has ridden the course in training in less than 5 hours himself, but that is on a calm day.  This day was anything but calm.  About 5 miles out we only had 8 minutes.  And we were riding into a 35 mph headwind.  It took us over 20.

Brian won last year, so I thought it was best if we kept the streak going.  Plus it was his birthday, so he was 1st and I finished 2nd.  I felt pretty good at the end.  I would have ridden back to Topeka like I did last year, but really didn’t need the miles.  Plus we were coming back to Lawrence in a few hours for a party.

I have to say that gravel races have a different vibe than typical road races.  Kind of a cross between MTB racing and cross.  I like it a lot.

I was riding some Hutchinson Bulldog cross tires that are around 32 mm wide.  They were about the narrow-ist tires I saw there.  I had a little less than 40 psi in them and probably would ride less if I was doing it again.  It was a little bumpy.

I’m probably going to do a few more of these races this season.  Not much stress and super fun. Full results are here. 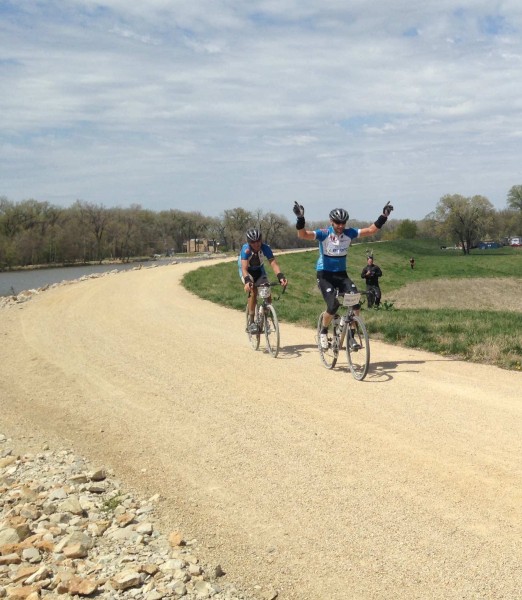 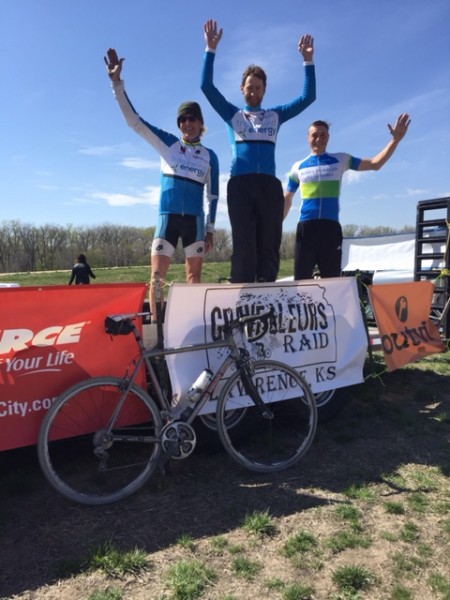 The podium. On a flatbed trailer, so appropriate. 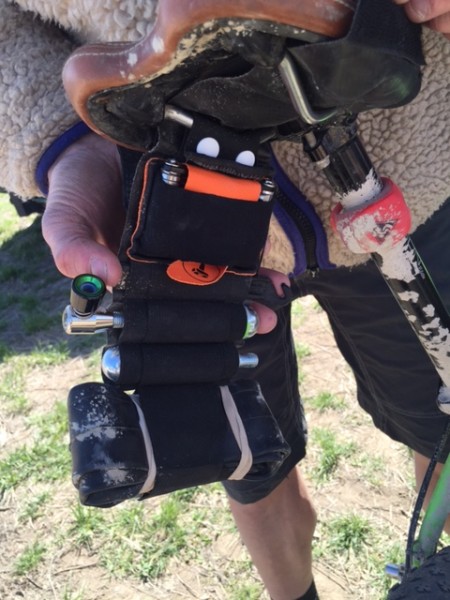 This is a cool bag I got for being on the podium. It is made by Outvi I’ll post on it again after I try it. 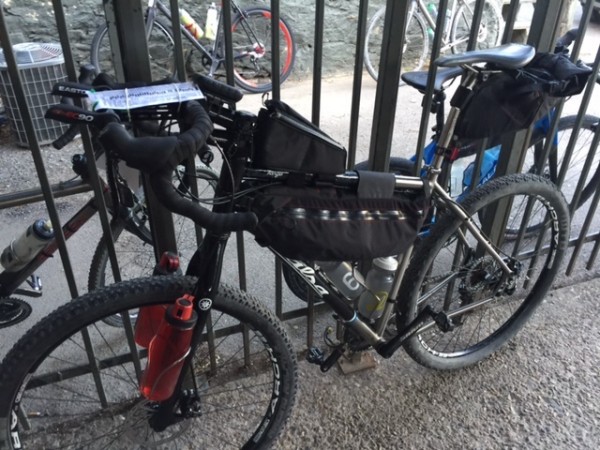 So many different bikes. This is Corey “Cornbread” Godfrey’s machine. He has $20 of pennies in the frame bag. He’s training for the Great Divide race. No thanks. 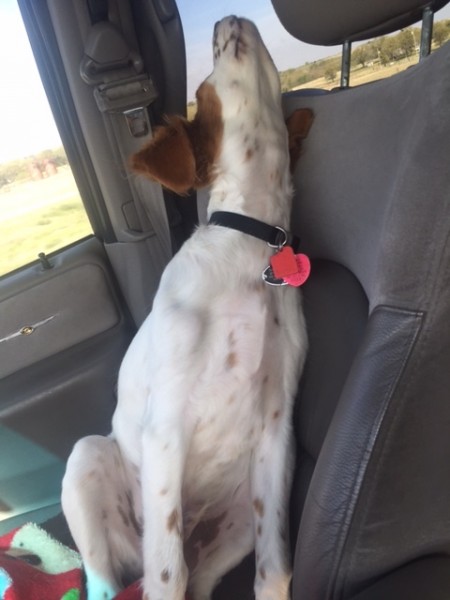 Tucker was sleeping in the car like this. Crazy.