Pretty much the whole time I’ve raced bicycles, when I do a big effort early season, I can’t sleep. It’s not that I can’t sleep it is that I sleep, then wake up about 3 am and am fully awake.  I did it a little road racing, but when I started MTB racing, it got real bad.

I don’t know how many times I’d be at a Denny’s at 3:30am eating breakfast.  One time I was doing a Cactus Cup down in Athens Georgia and I was going around 2:30.  I just put Trudi into the van and we were back to Kentucky before she even woke up.  I got home early enough to do a long ride.

The 100 mile gravel race I did yesterday didn’t seem like that big of an effort, but it must have been.  I slept about 4 hours and then bing, awake.

I went to a party after the race at our team sponsors house.  It was a dual birthday celebration, after race party.  Brian is turning 40 in a couple days.  Matt’s parties are always super interesting.  Lots of great people.  Tucker was a hit.  He didn’t really know what to do with all the people, then got into all the attention.  So many different people petted him. I told him that was going to happen.

Paris-Roubaix is live soon.  Cyclingfans, Steephill TV or a bunch of other places have it.  I’m picking Sagan again.  I don’t see how they can drop him on the flats if he can ride away on uphill cobbles and then time trial faster than Fabian.  But, he is only one guy.  If he doesn’t do it, then I’m going with someone else.  That pretty much covers the bases.

Redlands Classic is going on now.  Seems it has been hot and the racing hard.  Did you see the video of Travis McCabe falling in the criterium yesterday.  My brother and Travis’ DS, Thomas Craven, both sent me a link that I woke up to this morning.  Not sure what to think about this.  I’ve ridden this race a ton of times and usually the crashes are on the corner before.

If you notice,  the rider that crashes seat is already twisted 90 degrees before he hit the ground and that he rolls his rear tire.  I think that maybe without either of these problems he keeps it upright.  He might need a new mechanic.

It isn’t that bad being up so early.  The birds are beginning to stir.  Tucker isn’t so pleased with me, but that is a dog’s life I guess. 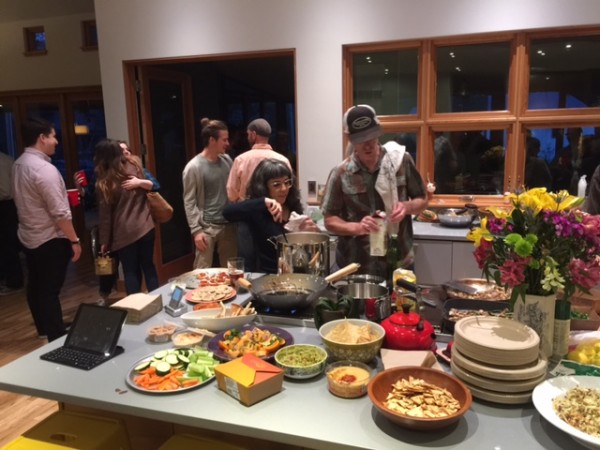 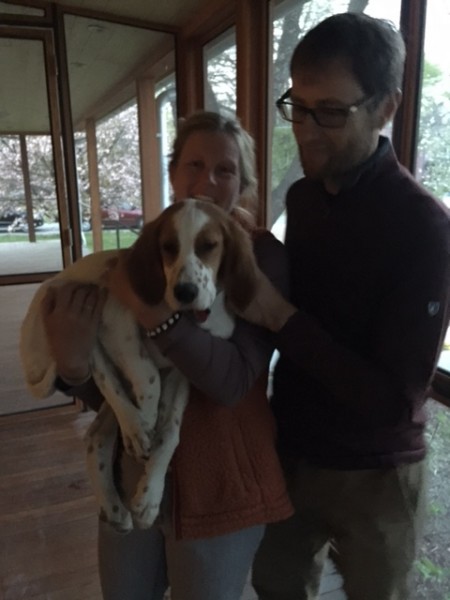 Brian and Michelle with Tucker. 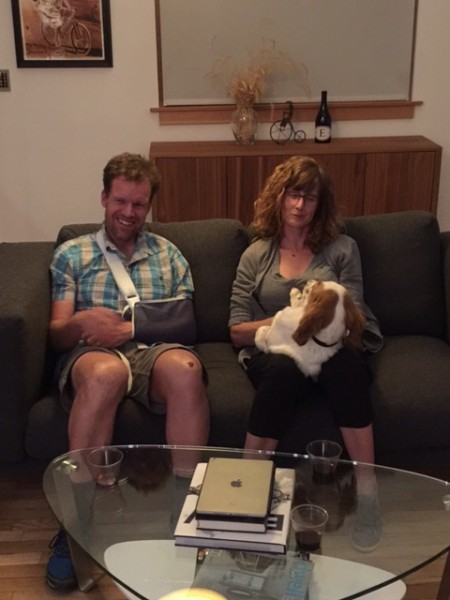 Dan Hughes and his wife Karla, with Tucker.  Dan crashed recently and is getting surgery tomorrow on his collarbone. 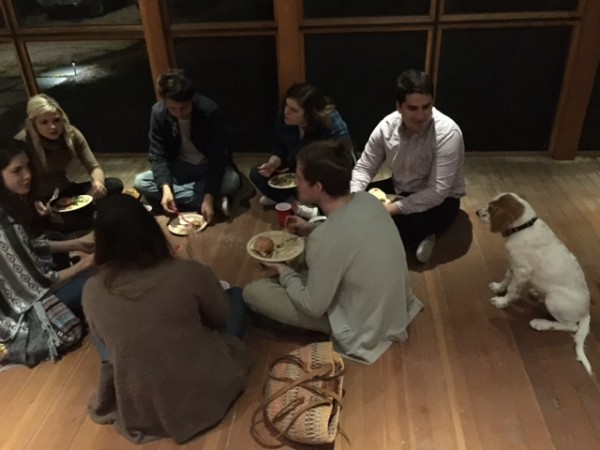 And Tucker begging from the porch sitters.