This is the time of the year that the state is ablaze.  Kansas is fairly unique in the fact that for some reason, I very much fail to understand in this day and age of pollution control and health, we decide to set the whole state on fire for a couple months.  We burn the fields for weed control and so the cattle gain weight through more nutritious greenery.

I do this every year.  If you have never experienced, you wouldn’t believe it.  It is sometime like England must have been back in the 1600’s when they were burning peat and coal for heat and cooking.  Most nights and morning I walk outside and it smells like there is a fire in the neighborhood.  We took Tucker and Hawkeye out west of town to walk and we could see numerous plumes of smoke surrounding the whole city of Topeka.

I wither in these conditions.  I’m normally in a slump and my throat is raspy nearly all the time. Even the advertising on the radio warns of the hazards of the “wildfires”.

These aren’t wildfires.  These are set by man to make money.  I wonder if someone could actually tally up the health costs compared to the money for the cattle, if it would be a wash.

Most of the burning around Topeka isn’t for cattle.  It is ditches, fields with no fencing, nearly anywhere that will burn.  These people are pyromaniacs and don’t understand the burning is for a reason and not for fun.

They aren’t supposed to burn if the wind is over 15 miles per hour, but these people totally ignore that law.  I just went and saw the Segwick County burning permit.  It is free.  Maybe if it cost something, less people would do it for fun.  On the permit is says – YOU ARE RESPONSIBLE FOR YOUR FIRE, AND ITS SMOKE. If that is the case, then someone owes me a plane ticket to leave here for awhile, because their smoke is going into my lungs.

Yesterday it was pretty windy.  Over 30 mph.  But they still burned.  The fires west got out of control and they were talking about evacuating a town of 1000 people.  The governor declared a state of emergency and 15 fire districts responded.  WTF?  We’re starting fires and burning down our own towns so cattle get heavier?  Photos from the Topeka paper.

Man, if my house burnt down because of a grass fire that was set on purpose, then I would be pissed.  I wonder if they called and told them that they were going to burn.  I could hardly ride my bike, why would someone light a fire.

Anyway, this is going on for another month.  Eventually someone is going to address the situation.  But our political bodies are so fucked up, it won’t be for a long while.  In the meantime, the beat goes on. 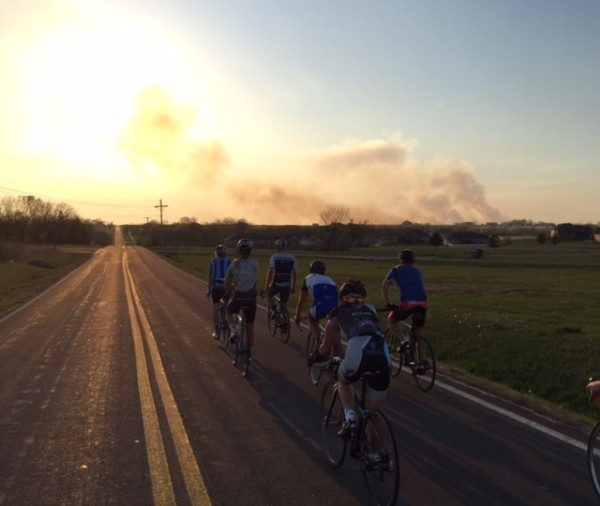 We couldn’t decide how to avoid the smoke. 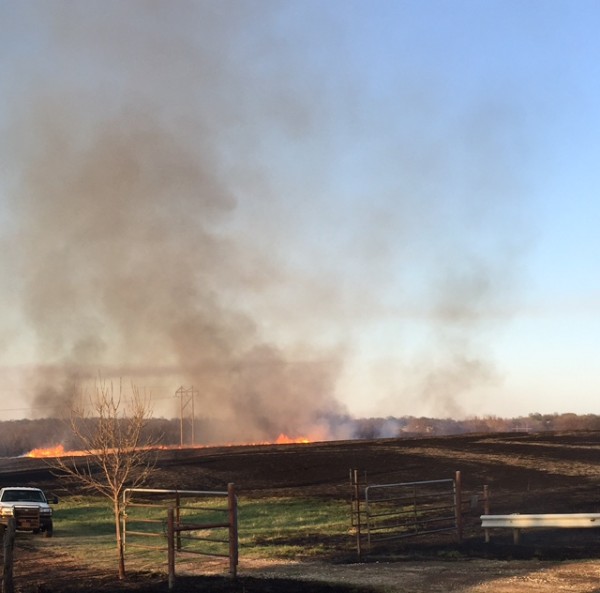 This is a small one. 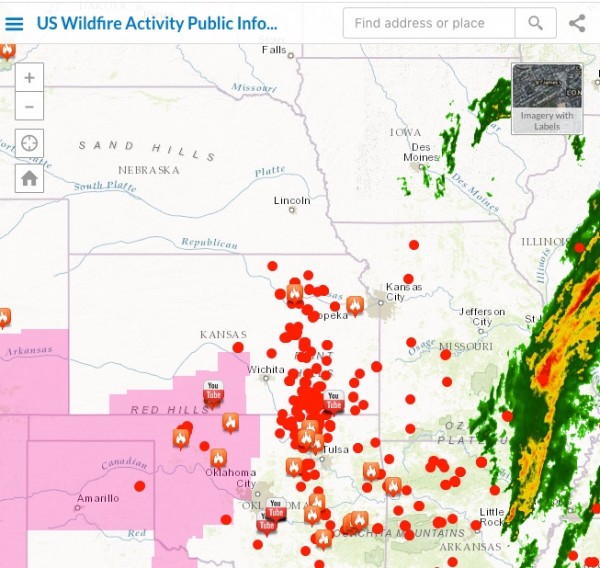 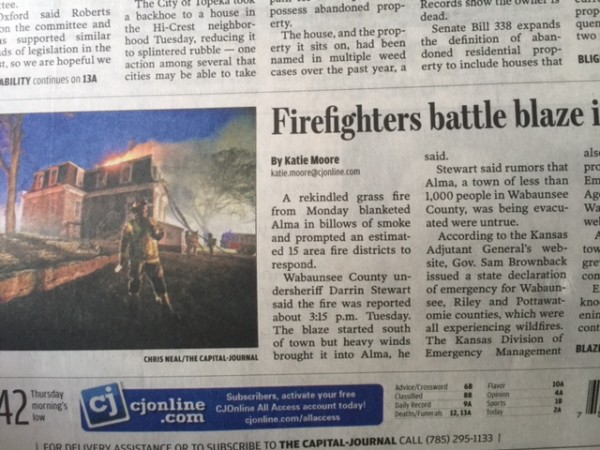 Front page of the paper this morning. 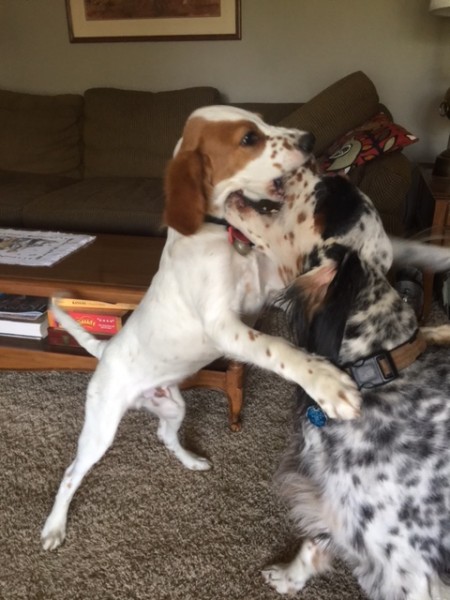 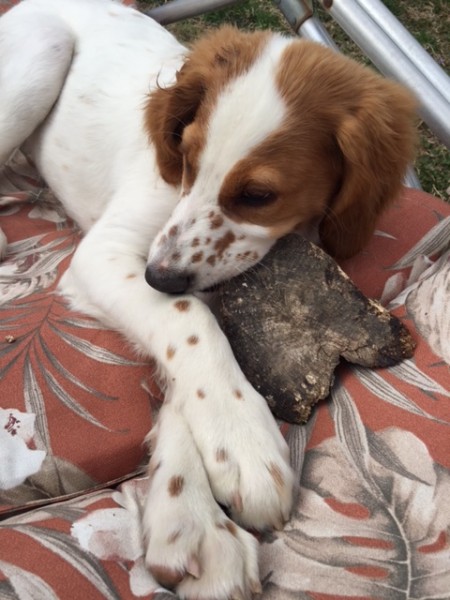 But, Tucker needs his alone time now that he is a teenager. 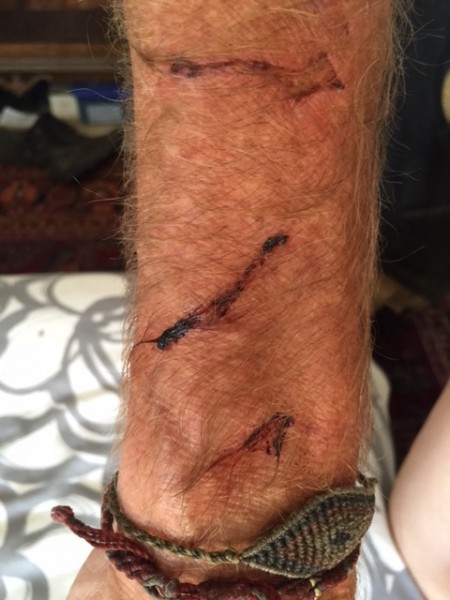 My arms are a mess from playing with Tucker. Sharp teeth and claws.