Thank god for the weekend.  Seems like there is too much stuff to do during the week.  I would normally rest up for racing on the weekend, but since I’m just mediocre, it seems responsible to be doing things now so I don’t have to do them later when I’m better than mediocre.

I rode pretty hard on Thursday, nearly 60 miles and it was super windy.  I was hoping to rest up some yesterday, but started a car project on Dennis’ van and it ended up being from 11 to 5:30.  It seemed pretty nice in the driveway when everyone was rolling up to ride and I was still dressed in street clothes covered in grease.  So I changed pretty quick and was just a little late.

I under dressed by a lot.  I thought it was in the upper 50’s and it was really in the mid 40’s.  My legs and hands were cold the whole way.  I never got warm.

Today is a local road/circuit race over by Lawrence.  It is only 41 miles and I was thinking about riding the 45 miles over there, but might drive.  I think I will maybe ride after the race instead of before.  I would sort of like to try to ride to the best of my ability and don’t think that would be after nearly 90 miles.  It is supposed to be much warmer today, so that is good.  Not hot, but in the 60’s.  Hot is tomorrow.  The forecast is for the mid 80’s.

There is a criterium tomorrow afternoon, so that should be interesting.  Flanders is tomorrow too.  I’m having to go with Sagan, even though I think that Cancellara should win.  I don’t think he can shake Sagan and Sagan will outsprint him.  I very much doubt Bonnen will be there. Greg Van Avermaet might be, then that will be interesting.  Sagan has been pulling with Cancellara this past couple months.  I doubt he’ll get so tired that he has a problem.  But it is a bike race and anything can happen.

Tucker has been great the past few days.  I took him to the vet and he gained 9 1/2 pounds the last 3 weeks.  He’s all done with his shots and is good to go.  He has been running with me on my bike, plus walking a couple times a day.  He is getting much faster.  About a mile an hour each run.  I’m keeping it pretty short until he grown up a little more.

Trudi is in Holland with the BMC Development Team.  She said that the guys are young and don’t get their legs rubbed except at races, so their legs are hard.  A Dutch guy that she is massaging won yesterday, so he has all the jerseys.  Kind of fun when that happens.  It is a three day stage race, so it is early.

Okay, I’d better get going.  Going out to breakfast with Dennis, Bill, Catherine and her mom.Then heading off to race.  I hope a few more guys show up.  I think there are only 2 pre-registered.  I’m hoping for 20, but don’t think that is going to happen.  This small races are really hard. 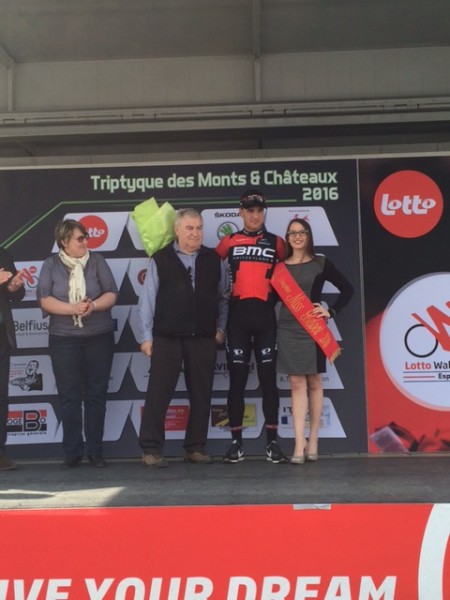 The BMC guy that won. I don’t know his name. 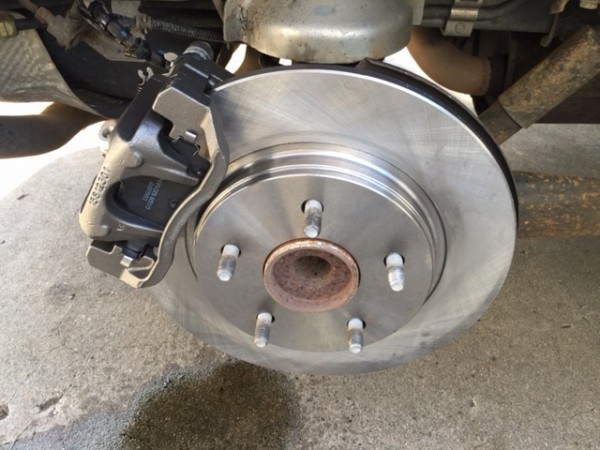 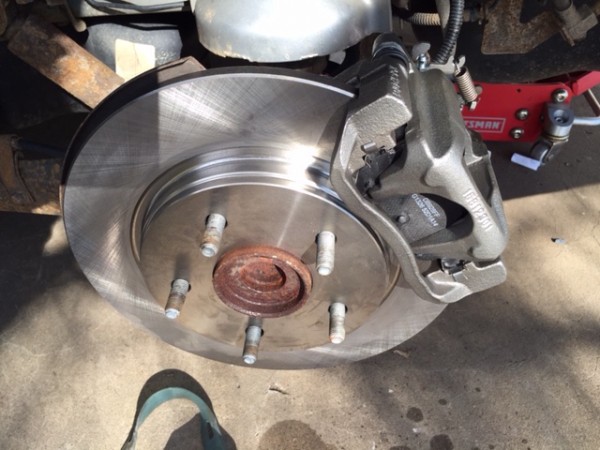 Seems like I have been doing a lot of brakes recently. 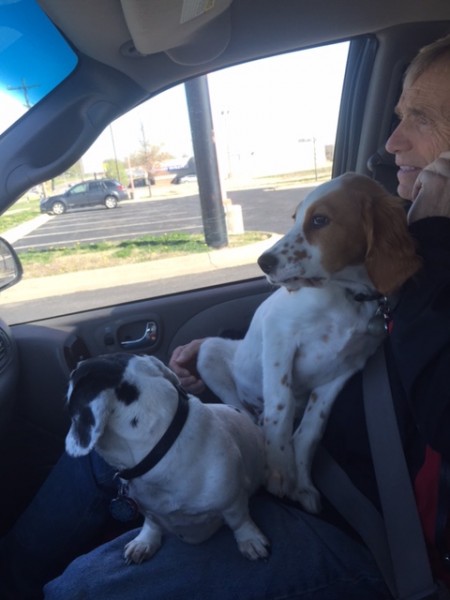 Frankie and Tucker on Dennis’ lap heading over to the trails to walk. 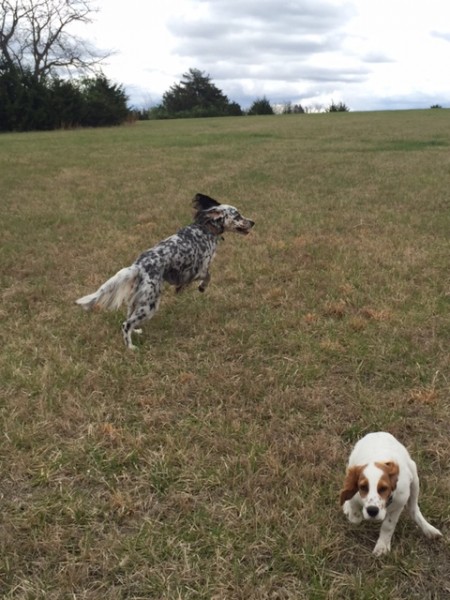 This is from two days ago. Tucker seems pretty scared when Hawkeye started barking. He is much bolder now.

5 thoughts on “Starting the Weekend Tired”