Today is Easter and it snowed here in Topeka last night.  It is strange waking up to snow when you don’t expect it.  It has been such an unusually warm February and March that you think that snow is all done.  But, it is supposed to be in the lower 50’s later this afternoon, so it won’t be around too long.  We got a ride scheduled for 2 pm.  It should be dry by then.

Yesterday I rode over to Lawrence to finish up the Spring Fling Criteriums.  I really didn’t feel much like racing, but Brian texted me and said he was going, plus we were having a new young guy, Alex Hoehn ride with us.  So I decided to suit up and ride over.  Bill has been sick and wasn’t racing.  Catherine had to do a women’s clinic later in the day, started with me, but turned off after about an hour.

It was a tailwind over and I started feeling better about the day.  If you start skipping racing when you don’t feel that great, then you’ll miss a ton of races.

That is one of the best things about our sport.  There is a social aspect that I don’t see in other sports.  And there is a lemming deal where people tend to just do it because someone else did. These two things get people out the door when the couch looks way more inviting.

The race went fine.  I am riding very mediocre and it was a struggle.  I ended up getting 3rd in the race, riding off the front with Michael Allison, Garrick Valverde and Connor Brown the last half.  I don’t think any of us were going that well, but Michael and Garrick are a ton faster sprinting than me right now, so I was always getting third.

Bill rode over and rode back to Topeka with me.  We went a little out of the way, riding Brian and Alex back towards Lawrence, so I ended up with close to 90 miles.  That was 90 miles I didn’t really expect when I woke up in the morning.

Tucker is great.  He twisted his ankle on some ice in Chicago and has been a bit gimpy.  It is a pussy when he gets hurt, or even thinks he might get hurt.  But playing, the dog is fearless.  You can toss him across the carpet and he will come back at you crazy.  He is very fun.

Okay, watching the end of Gent-Wevelgem.  20 km to go and Cancellara is off the front with Sagan.  Hope you all find a bunch of eggs today. 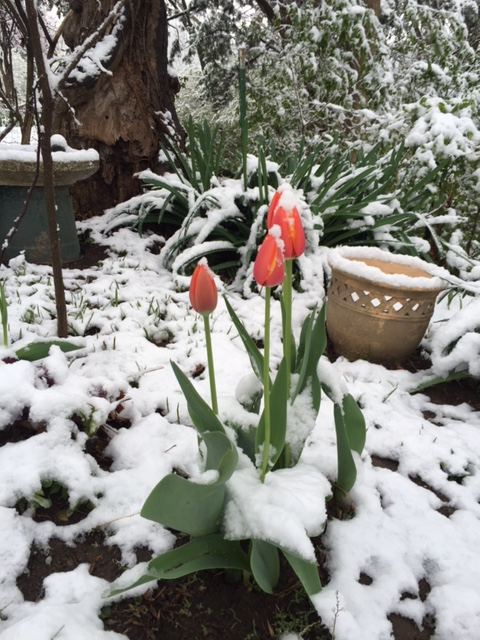 Easter snow on the tulips. 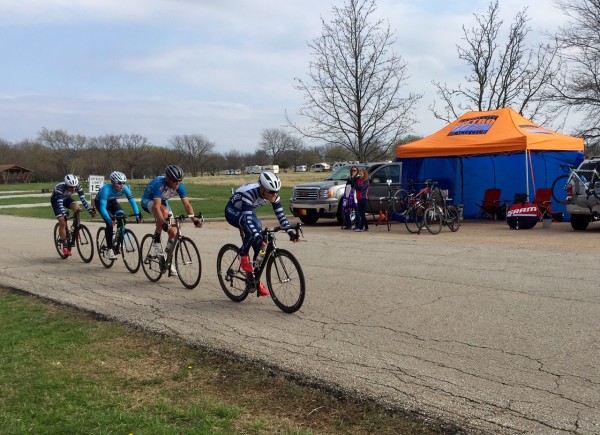 Our four up break. 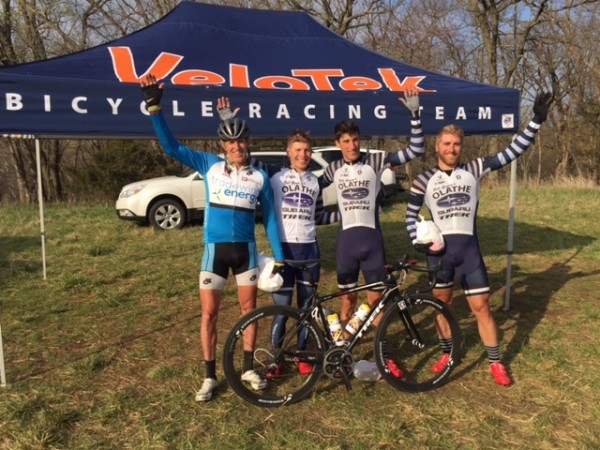 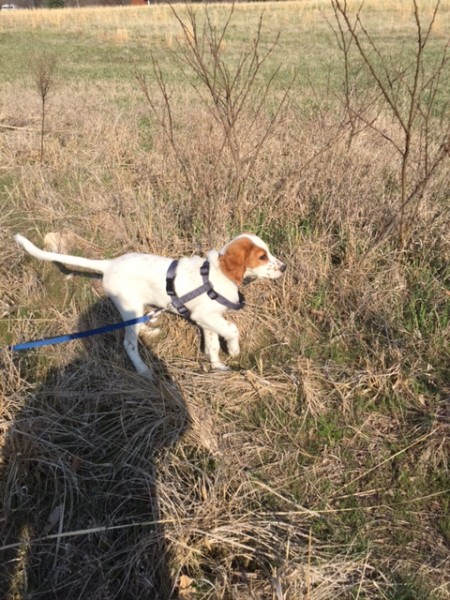 Tucker pointed for the first time yesterday with his paw up. 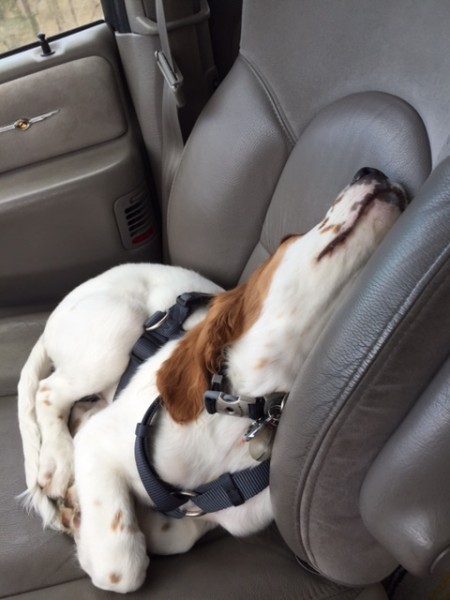 It must have taken a bunch of energy because he was dead tired after the race.