Since I’ve been in Topeka for a pretty extended time, I’ve been trying to catch up on a bunch of stuff I put off when I’m travelling and racing.  The stuff really isn’t the fun stuff, since I put it off, but it is necessary stuff.  The only problem with this is that I have months worth of this to do, even if I was doing it full-time.   I’m trying to not start projects or tasks that add to the huge backlog of projects or tasks.  I think it is working.

I’ve been rebuilding some old windows and that is going alright.  It is a process, using the epoxy to firm up the sash and then painting them, getting the glass and glazing them.  I bought this window glaze from Abatron that supposedly never hardens, thus shouldn’t crack in my lifetime. The problem is that you can’t paint it for weeks after applying it.  That is a long time, but seems like a good tradeoff I guess.  It a little frustrating though and doesn’t give you much happiness for quick completion of the project.

Two days ago we went out to Vincent’s land and collected a bunch of dried cow manure.  I the tilled it into the garden and  we planted early season vegetables.  It is pretty early, but the temperatures are supposed to be really mild the next couple weeks and then it is nearly April. It rained yesterday, so that should help out.

I know it rained because I got stuck in it out riding.  I knew it was supposed to start raining within a couple hours and I decided to ride into it, hoping that when I felt the start I could turn around and avoid it.  Good plan, but no luck.  I pretty much got soaked the last 20 minutes or so.  It really wasn’t that cold, in the mid 50’s, but since I’m feeling a little under the weather, it was worse.  I’ve still got this upper trachea thing going on.  I was well for 2 or 3 days, but it came back with a vengeance.

Tucker is great.  I’m not exactly sure how smart he is, but he is nearly clairvoyant knowing what I want him to do.  Not that he always does it, but for a 12 week old puppy, he is really obedient.   He stops and waits on walks.  He fetches balls and returns them.  I tell him to stay in the car and he’ll just sit there staring until I say it’s okay to get out.  I’m not sure how he understands, but he is a quick learner.  Plus, he hasn’t really chewed up anything other than his millions of toys. Maybe he is not to his terrible twos yet.

I ordered Bill a “new” engine for for his Honda van last week.  It is supposed to show up on Thursday. His engine has a cracked head or worse.  I think it froze up in couple last year when it was nearly -40.  I found a engine on eBay with 50,000 miles on it.  It is from Japan, where the taxation system makes it nearly impossible to own an old car.  When I was racing there, it amazed me seeing the junkyards with stacks of new cars on top of each other.  A few people are removing the engines and exporting them.  The engine is super clean.  And it is complete. And by complete I mean the alternator, a/c compressor, everything.  We’re going to change the engine mounts, timing belt, water pump, etc. before we install it.  I’ve never messed with a Honda Odyssey, but I looked in his engine compartment and it doesn’t look too intimidating.

Racing locally this weekend again.  Another Spring Fling Criterium on Saturday and then, I guess the Perry Road Race on Sunday.  Might look around to see if there is anything else going on in the nearby states.  My legs are still stinging after cramping badly last Sunday.  I’ve been researching that a little and hope to figure that out some.

I was thinking about going up to Cable Wisonsin yesterday to hang some and meet up with my friend, Paul Biskup, whose son Sam is racing the Junior Nordic National Championships.  Sam won an event last year.  But the weather is too warm there, like 50’s.  It is such bad luck for those guys. I’m not sure how the event is handling the temperatures, but it hasn’t been getting cold at night, so the snow doesn’t firm up.  I’m not too big on going up to Cable for mud season.

Okay, just rambling again.  Guess I should get on a project.  Funny how my thumb and broken ring finger are just barely good enough to allow me to do these things at a snail’s pace.  Guess it is a good lesson in patience. 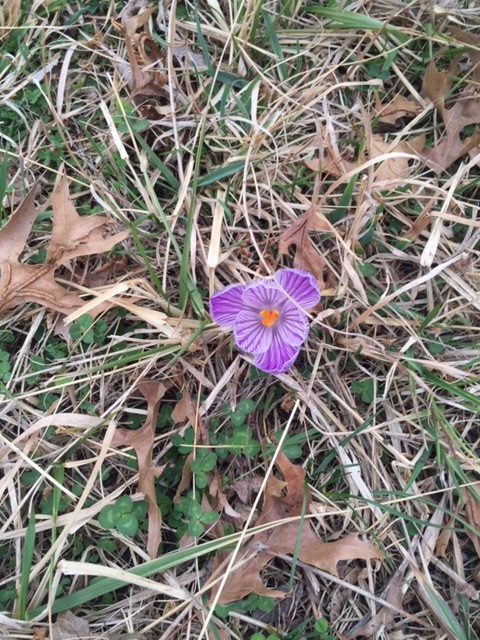 I saw this lone flower out in a field when walking Tucker. 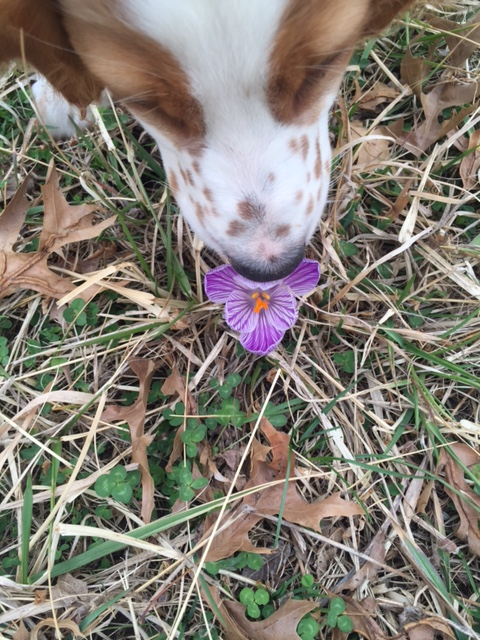 I showed it to Tucker. He was pretty interested. 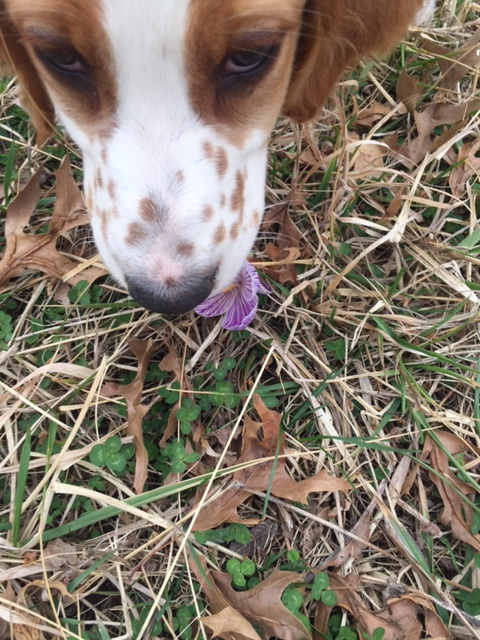 Then, of course, he ate it. 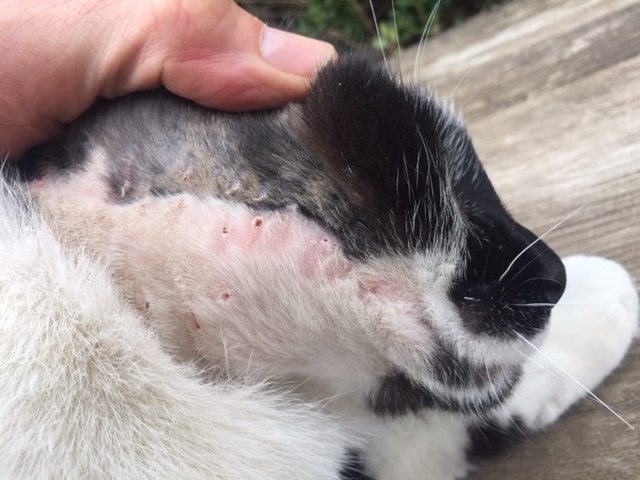 Did a little stitch removal on Kukla. He got in a bad cat fight and it got an abscess. 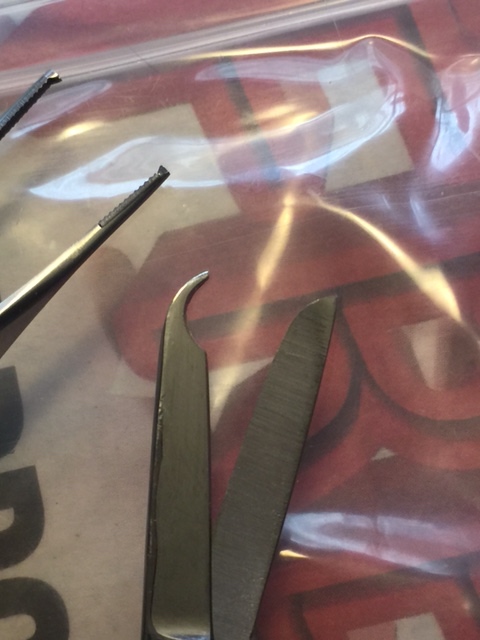 I used some of the tools I got in my medical bag from Stacie. 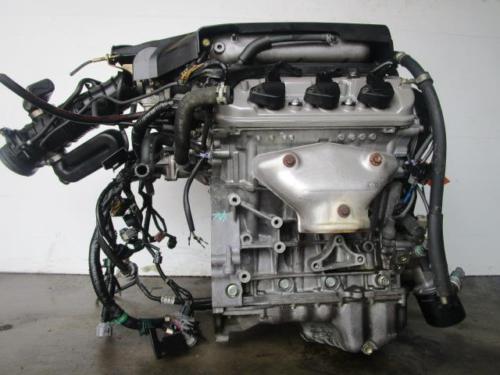 Bill’s engine. It was $549.99. Pretty incredible deal for a complete engine delivered. 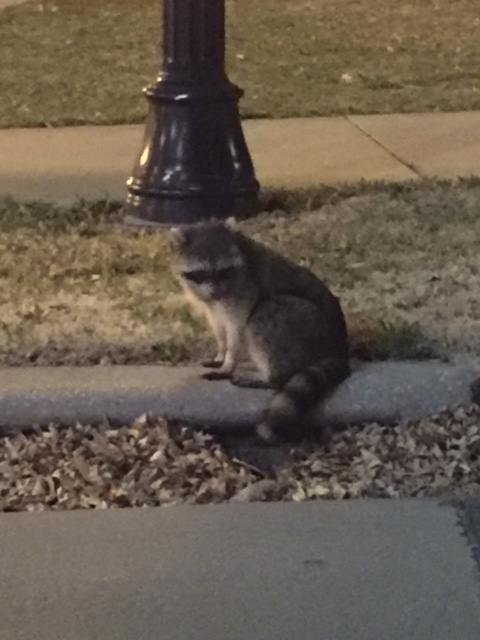 I saw this guy just hanging out a couple nights ago. 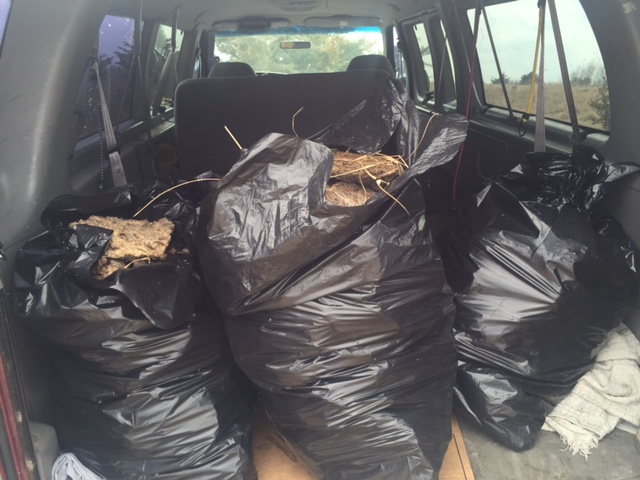 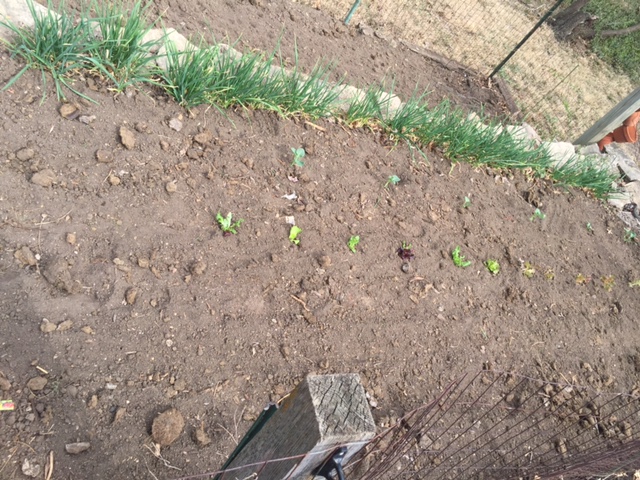 Garden. The grown lettuce was nearly as cheap as the seeds. Weird. 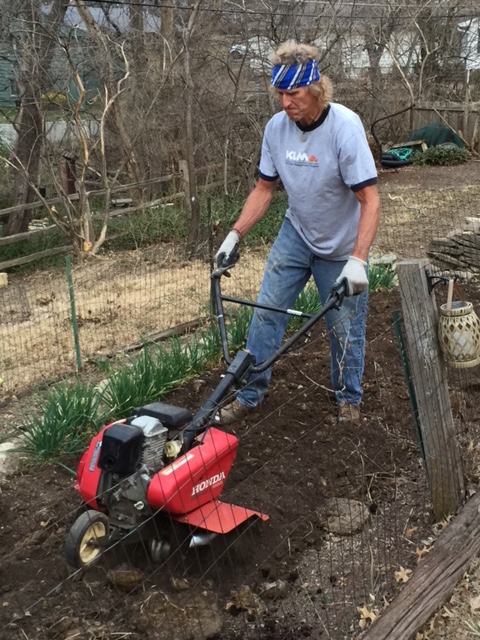 Not much space, so it is nearly harder getting the rototiller out of the garage as doing it.