If you started racing bikes at a young age you’ve depended on the generosity of others to make it work.   I couldn’t start to count the number of floors I’ve slept on and how many different places I’ve stayed over my lifetime.  Host housing is what allows many racers the freedom to be able to travel to races.

Host housing saves a ton of money, but in reality, the relationships you get from it are what matters.  I have to say that many of my best friends in this world started with them offering a place to stay during a race.

I was thinking of this today, since it is Walberg Road Race.  I’m not sure what year it was, but I think it was 2005.  It had been snowing in Kansas and I had around 500 miles.  I’d done a couple races in Austin the previous year and realized they were the next weekend.    I decided to go.

I called up the promoter of one of the races, Barry Lee, and Barry was super nice.  His team was sponsored by the Hotel San Jose and he said that he could give me a room for a week.  I’d heard about the hotel and thought that would be a great place to hang.  But, Barry kept telling me that he had some super host housing and that I should consider staying there.

I told Barry I wasn’t big on host housing, I’d given up on it since the last couple times I’d had bad experiences, mainly kids being sick, thus, I got sick.  Barry told me that he was fine with me staying at the hotel, but I should really consider host housing.

Finally, I realized that Barry really wanted me to stay at his host housing so I gave in.  Barry gave me an address and phone number.  I drove down there with Trudi, Catherine and Bromont.  I called the number and the woman that answered the phone had a thick southern accent.  I told her we had a dog and she said that was fine, since she had a dog too.

That was the first time I met Ann Riopel.  She was just into riding bikes and was a pathologist. Barry had warned me not to talk to Ann about doping, especially Lance, since she was a very generous to the Armstrong Foundation.

Soon, my whole team showed up and nearly invaded her house.   Ann was too nice to say anything.  Ann is from Charleston and is super smart and engaging, very easy to talk to.

Probably the 2nd night, over a glass of wine, Ann said something about Tyler Hamilton and how idiotic his defense was. She said that she did the test of two types of blood in a person and that the only way a man could have that would be by putting someone else’s blood in.

Then she started questioning my thoughts on Lance.  I was pretty outspoken on it, but heeded Barry’s advice and kept silent.  Finally she took me upstairs to a signed photo of the US Postal team time trial team  at the Tour, she had in her workout room.  She said that everyone of the guys on in the photo, other than Lance and George had tested positive, so how could it be that they weren’t doing the same, since they were better than the other guys.  So I told her everything I thought. Barry was wrong on this, she could make her own decisions about doping and cycling.

I’ve stayed with Ann more times than I can count.  We’ve drank a bunch of wine together, I’ve been to her Christmas parties, I trained there alone for a couple weeks in January before I raced Master’s Cyclocross Worlds in Belgium.  We’ve met in Las Vegas and really need to meet up more often, in cool places.  I love her dogs, past and present, and she was one of the first persons I called when Bromont got diagnosed with cancer.  She is a good friend.

Anyway, I would really like to be racing today and tomorrow in Austin.  Not because the races are so good, which they are, but because I haven’t seen Ann in such a long time.  She got married last year and moved into a new house a mile or so away from her other house.  I saw the house when it was getting remodeled, but haven’t seen it since they moved in.

I’m so glad that Barry talked me into host housing.  It is funny how small decisions you make, like whether to stay is a hotel or host housing can affect your life.  But, that is life, forks in the road, millions upon millions of them, that lead you to unknown places. 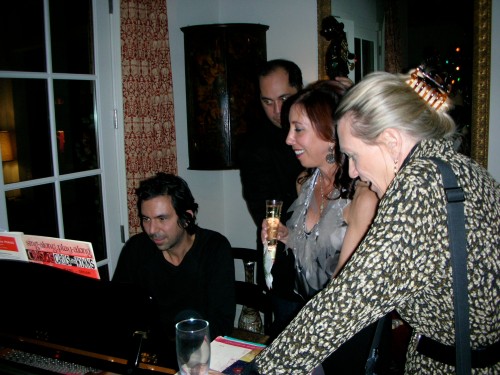 At Ann’s Christmas party.  She is in standing in the middle with the glass of champagne. 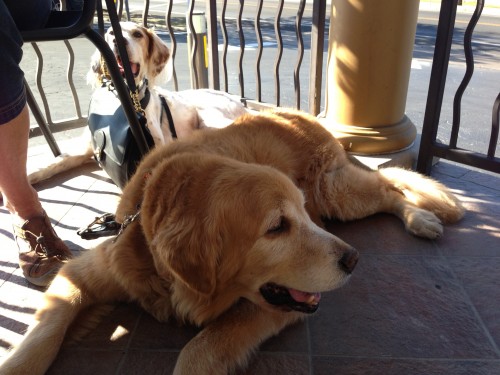 Ann’s old dog, Stanley, and Bromont at Starbucks near her house. 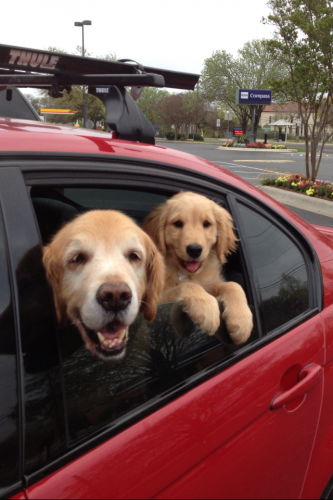 Stanley and her new dog Lulu, on an outing. 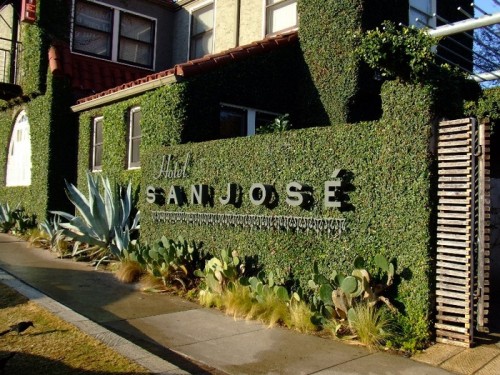 The Hotel San Jose on South Congress, where the stars hang. 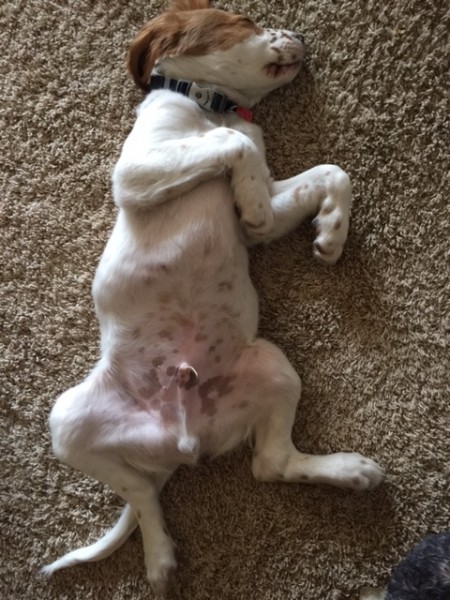 I can hardly wait for Lulu to meet Tucker. Lulu bugged Bromont to no end. I think Tucker will do payback.

One thought on “Host Housing”