Cyclingnews is doing this Dream Team thing by asking a bunch of retired Pros what team they would put together out of all the team mates they rode with throughout their careers.  I have no idea why they would ask David Millar this.   I’ve never been a fan of David Millar ever since he cried like a baby when they popped him for EPO, then he became born again and preached how much better it is to race clean.  I wrote a few posts about those thoughts already, so I don’t need to rehash it all again.

Anyway, David picks his dream team and includes in it 4 other riders that have either confessed or have been caught up in doping.  Those guys are Ryder Hesjedal, Dave Zabriskie, Stuart O’Grady and Christian Vande Velde.  So 5 out of 9 guys on his fantasy team were guys that doped to get their results.  And he wants them as team mate. Why?

It is hard for me to understand the picks of a rider like David Millar, who is an anti-doping advocate, and has been picked to mentor the British Cycling men’s endurance academy program. And out of all the guys he has had as team mates thru out the years, he picks a bunch of riders that were caught doping.

His reason for this, I guess, is – “For me, this isn’t just a dream team, it’s dream situation, so imagine these guys all coming up now and not having to deal with the stuff I and others had to – it would be amazing to see their nature given a real opportunity without their heads all being twisted and fucked up.”

So, it seems, David would like to do a little experiment and see if any of his former team mates were actually real athletes with any ability.  I always assume not.  Why give these guys the least bit of credit when they chose to cheat in athletics.  All of them knew they were cheating when they were doing it and now they are trying to convince us that they are the victims.

Shame on Cyclingnews for giving this guy a pulpit to stay relevant.  He had his chance and blew it.  Then he got it again and keeps spewing stupid shit like this dream team deal.  It should be embarrassing for him, but he is so caught up in the whole thing, he can’t even realize that is the case.

Tomorrow I’m going to pick my own dream team here, since I’m almost positive that Cyclingnews isn’t going to ask me to do it.  And I’d bet you a million dollars that my dream team would kick the shit out of David Millar’s dream team if they were normally aspirated. 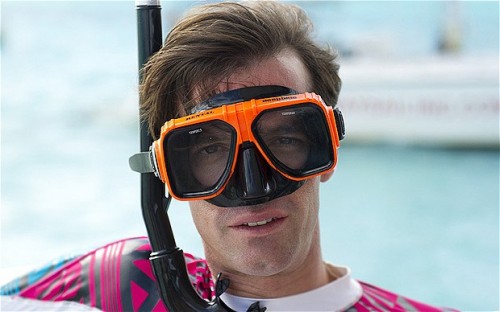 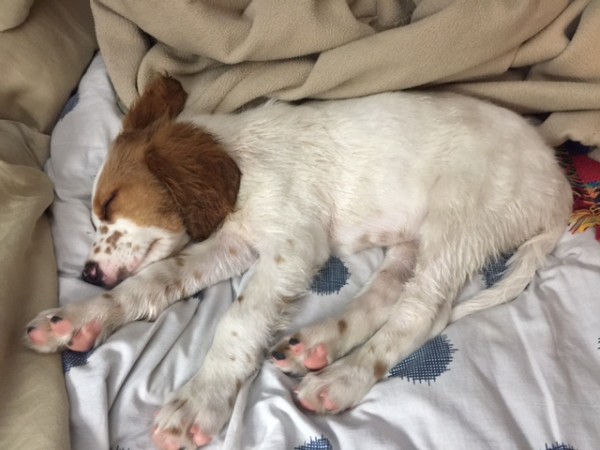 Tucker after his first bath. He wasn’t a happy camper.