By the time most of you have read this I will already have driven a few hours headed towards Winona Minnesota to see my friend David Gilmer for some dental work.  I met David a couple years ago and now we see each other a couple times a year.  He bought a cabin up by Cable and uses it extensively.  Pretty perfect for him and his family.  Using the lake and roads during the summer and then skiing during the winter.  Plus running in between and during. Can’t get much better use out of this area than that.  Anyway, it is just a down and back deal I’m hoping.

I’m planning on stopping at Alley Cats coffee in Spooner in an hour or so.  I haven’t had a cup coffee in two days now   That’s sort of odd for me  haven’t really missed it too much,  but now that I think if it I am looking forward to having one soon

Dennis’ ski race is tomorrow morning and he has worked pretty constantly all week.  So many people are calling about changing from the long race, 42 km to 22.  The weather is supposed to be just a tad above zero now, which is an upgrade from -2.  But, it really is hard for the helpers, not the skiers so much.  The guys standing around helping are the ones getting cold.

Trudi, Dennis and I went to the RIvers Eatery for dinner.  Dennis found out that a friend of his had lost his dog, happened to be an English Setter, so we decided to head back to his house, put on some more clothes and go out and help search.  It was already close to 8 pm by the time we got over to the area the dog was last seen.  We drove a perimeter of the area and walk a couple miles and only saw one sign of a dog track in the snow.  I stopped and the dog’s owner was back in a corn field with his other English Setter.  I told him that the track went out to the road and he thought that was a deer track.  I assured him it was a dog, the chest imprint was in the snow.   He got his dog’s bed out of his car and was going to leave it there overnight.  That as a good idea.  Lucky tonight is going to stay pretty constant at 18 or so.  Tomorrow is starts getting cold and then it will be a real problem.  The dog was only 7 months, so really a puppy.  I feel badly for the guy.  And the dog.

I was having a high point yesterday and decided to go out and ski with Dennis and Trudi.  I can’t say that it was the best idea, but it wasn’t horrible either.  I was pretty weak and couldn’t really use my left hand, plus my ribs were hatin’ it, but now I can say it was okay.  My ribs are aching, but it was worth it.  I couldn’t leave Cable without skiing and today is a non ski day, then the temperatures drop.  Maybe I can ski a little on Saturday during the race.

Yuliya Welk came by and made us some mushroom tea.  She is from Russia and is an expert at natural remedies, etc.  I don’t know the name of the mushroom, but it grows on live Birch trees. The tea tasted pretty neutral, not really like anything.  It is supposed to boost your immune system and other stuff which I don’t remember.  Yuliya has her own line of natural skincare and lip balm.  Link to it here.

Okay, that was my day yesterday.  I hope today goes as well, minus not finding the puppy. 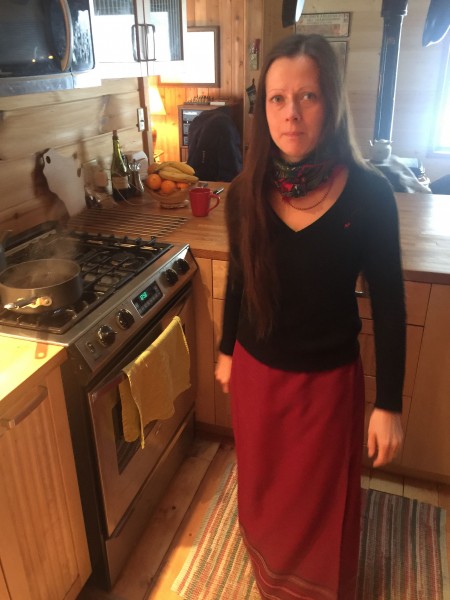 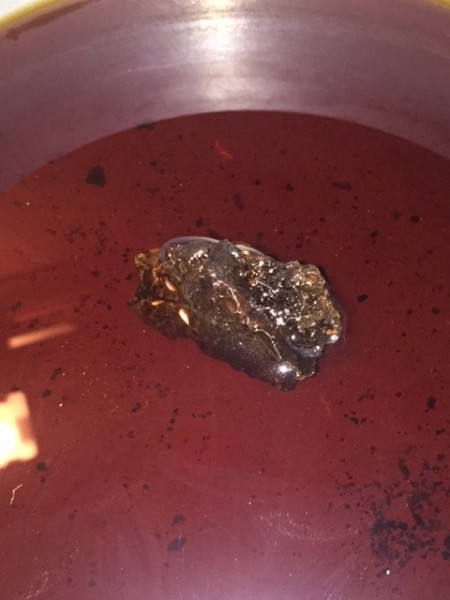 Not sure the name of the mushroom, but will find out. I’m still alive a day later. 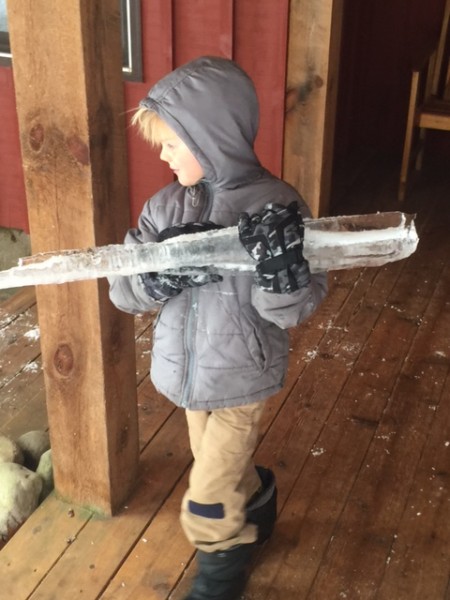 Gav carrying an icicle as long as he is. 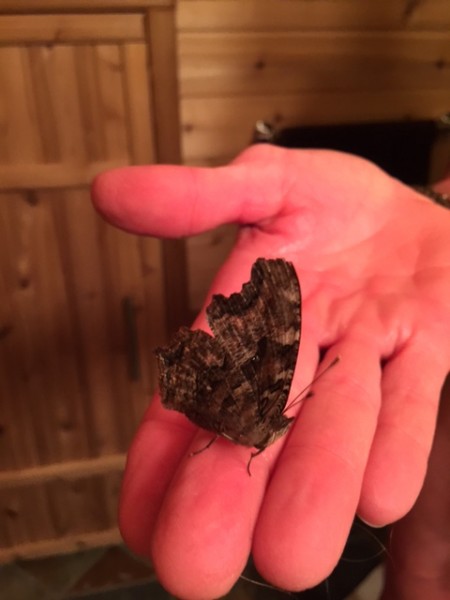 I found this butterfly (maybe moth) in the Kansas garage yesterday. I felt so bad for it. I put it into a cool closet, thinking it might hibernate again. I’m pretty sure that is just wishful thinking. If I was rich and had a private jet, I would get in my jet with the butterfly and take it somewhere warm to live. 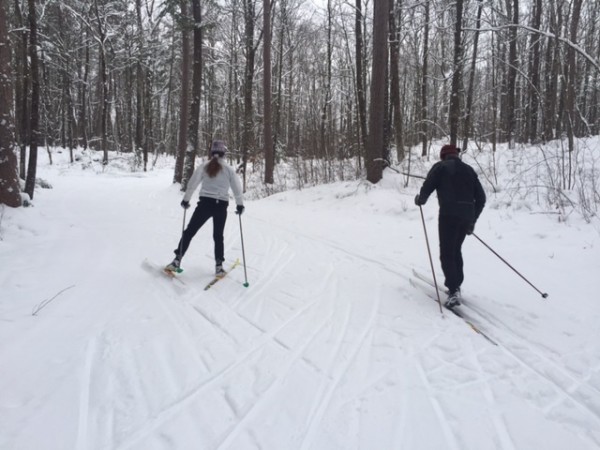 Dennis and Trudi heading out from the Northend. 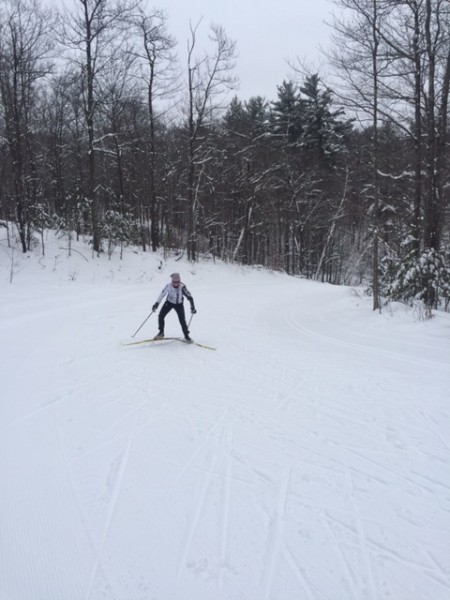 Trudi skiing on the Birkie trail. 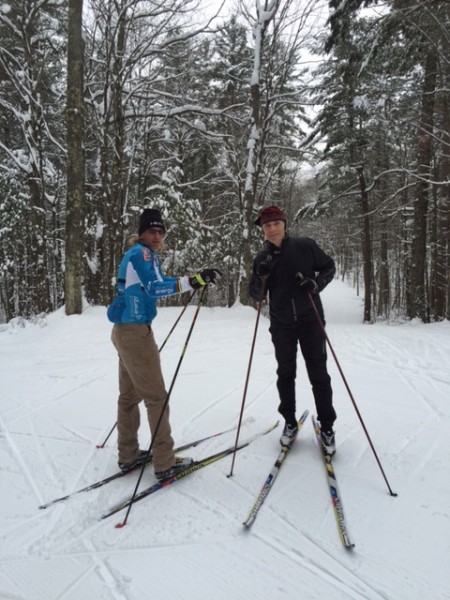 Dennis and I. I decided just to wear my Carhart lined pants. I wasn’t really planning on doing much, but ended up skiing nearly 15 km.