I hate spending the last day of the year ranting, but this pisses me off.  Maybe I’ll post it tonight, then do another post tomorrow.  I can’t go close out the year with a downer post.

I had a ton of stuff to do today.  But I decided to address a problem I noticed about a month ago on my cell phone bill.  I switched from AT@T to Verizon back in February.  Pretty much exclusively because Verizon works up in Cable and I hang out there a fair amount of time.  It has such good coverage, I can be riding my MTB way back in the woods and my phone still works.

Anyway, I was messing with my phone last month and there was an offer to get something like 18 gigs of data for the same as 12/15 or something, so I was looking at my bill and I noticed that I had been getting charged $11 x 2 for phone insurance, $4.99 a month for something called Family Base and another $4.99 a month for VZ Navigator.   So, I went back to look at my previous bills and those charges had been there since I got the phones.  So, I cancelled the services, got the extra 3 gig’s of data, and assumed my bill was going to drop something like $32 a month.  Plus, I figured I had to go to Verizon to see about getting refunded the money I was erroneously billed.

I have been travelling, of course, and then Christmas, then I heard something that  said that Dec. 31st was the last day to get a Verizon credit for some text messaging scam they got caught up on by the government, so thought I should get on my problem.

So, I drove down to the Verizon store in Topeka and waited a while.  I told the girl my issue and she said she saw it all the time, but I needed to call Verizon customer service “to resolve” the problem.  She told me she would remove the Family Base off my plan and I told her I already had.  She told me it was still there and removed it.

So, an hour wasted.  I drove home and called customer service.  I got ahold of nice guy and explained my situation.  He told me that the Family Base and VZ Navigator were their mistakes and would credit my account the $2.99 a month I was charged for 10 months.  I told him it was $4.99 and he seemed surprised.  Then he said he could refund me for 3 months of the insurance, which is another $66.  I told him to go ahead and do that, credit the approx. $100 overcharge for the two services and the $66 for insurance.   Then please transfer me to a supervisor that could give me the other 7 months of insurance payments I’d made back.  I was on the phone with him for over 30 minutes, then got Courtney.

Courtney was the supervisor, #232754, and he wanted me to explain why I thought I should be refunded the money.  I told him that I never approved of the services and that I had never used the services, didn’t even know what they were, and that I wanted the money back.  He told me that I was responsible for the problem since the charges had been on my bills since I signed up with Verizon.

I explained to him that I travelled a ton and that my bills were on autopay and that I only checked the full charge on my phone, which doesn’t break down the charges line by line.  And that the first few months of the Verizon bill changed month by month, so I didn’t even know what the “normal” monthly charge was going to be.

Courtney told me since I had cancelled the services myself, over a month ago, he would be willing, “as a courtesy” to give me two months credit for all the services.  I told him that the first representative had said he would refund the 10 months of both the Navigator and the Family deal, plus give me 3 months credit for both insurances.  He told me that he wouldn’t have authorized that and the first guy didn’t shouldn’t have either.  I told him I thought he was plain mistaken, because the only reason I was being transferred to him was to get the other 7 months of insurance, which is 7 x $22 = $154, back.  He said he was not going to  do that and that if I excepted the 2 months, he would sign on my account that it was a verbal confirmation that this issue was over and that I wouldn’t call back and address it.

I declined his offer.

What the guy didn’t get was he wasn’t giving back his money, he was giving me back my money that had I had been overcharged for.  And his argument, that since I let Verizon overcharge me for 10 months, somehow that made me negligent and partially responsible for the problem.   He told me “Your consent is when you pay your bill”.  I told him that is inaccurate.   I feel I have no responsibility other than stopping the services when I see the errors and then notify them of the problem.  After that, overbilling me is their mistake and I’ll not going to “eat”$154 because of their billing errors.   And the kicker is that both the customer service guys, Courtney and guy 1 both said they would refund some of the money, but not all of it.  Because I wasn’t timely in my request?  What’s that all about.

And honestly, I don’t think it was a billing error.  I believe the Verizon representative in Arvada Colorado, added these “services”, without my permission.  I think it was a corporate cramming technique.   It was fraudulent billing and they do it all the time.   Trudi was there at the time and she heard me tell the guy that I didn’t want any additional charges or services other than phone, text and data.

This whole thing doesn’t even address the “free”extra data.  Same charge, 3 extra gigabytes. But, this is misleading too.  When they “gave” me the 3 extra gigs, they upped the monthly charges on my 3 phones by $5 a month, so $15 was added to by bill.

The Verizon store rep, the first customer service guy and also Courtney, all said they can see how this could be misleading.  The first two, not Courtney, said that is was wrong.  Courtney told me I should have called customer service if I didn’t understand how the change was going to affect my bill.  I told him I understood the offer completely.  Three extra gigs of data for the same price I was paying.  Not $15 added to somewhere else on my bill, to hide the fact that I somehow changed plans.  It is a shell game, or more like bait and switch plan.

I’m not exactly sure what to do now.  I’m thinking of calling the manager of the Arvada Colorado Verizon store and tell him my problem and ask for him to resolve it.  I have already spent close to 3 hours on it, plus writing this, so I’m pretty much sick of it, but it is the principle.  Someone needs to bring another class action suit against Verizon for this fraudulent billing.  These cell phone companies are constantly doing it and always make a profit, even if they get their hands slapped every once in a while by the government.   It is just too common and we shouldn’t except it as the norm. 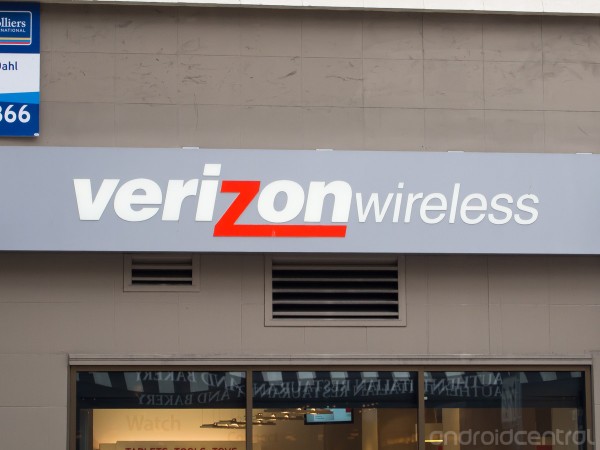