Not sure where to start.  Guess this morning warming up.  Man, I was tired.  I could feel my legs and they seemed hollow.  It didn’t give me much motivation to race a long cross race.  But, I like racing and a race day is always better than nearly all other days.

The race went just alright.  Tons of things that would really interest me, but I experienced them. I can’t say that really liked the course.   We did the same slog-up as last night.  That is 100 meters of mud that was really hard two days in a row.  The top 3 in the race didn’t race last night, so I don’t know if that is indicative of being fresh or just better.

I sucked again at the start.  Then, about 3/4’s the way through the lap, I took a tight corner, my rear wheel slid out on some mud and I ran into a steel pole with my scapula.  I thought I’d broke it.  But, I usually let things settle down for at least a few minutes before I make a rash decision. My arm was telling me it was broken, but it got feeling better less than a lap later.

The next lap, going by the same pole, I made it a point to go wide.  But, obviously, that didn’t work.  I think it is that thing where when you look at something you head towards it.   Whatever the reason, it was like a magnet and I wacked my inside hand, my left, specifically, my left knuckles against it.  Shit did that hurt.

The rest of the race I was listening to the announcers that were doing the play by play of the front group.  3 guys – Jeremy Powers, Logan Owen and Stephen Hyde.  Pretty good bike racing up front.  I kept catching guys and felt better, even though I wasn’t going any faster.

One observation – Stephen Hyde missed his callup and ended up lining up way back on my row. I thought he would have a great race getting up into the top 5 by the end of the race.  Little did I know that he’d be at the front of the race less than 1/2 a lap in.  I saw him after the raced and asked him about it.  He told me he misses callups kind of often and can start super fast.  He said he is a good field sprinter too, can move around in a field.  I think I can move around in a field pretty good too, but not this.  It was a very good indication how good a cyclocross rider he is.

Okay, I ended up getting pulled with 2 laps to go.  I’m not sure if the officials really understand how to apply the 80% rule.  Maybe I don’t.  I think that the 5 guys in front of me that they pulled should have been able to finish the race.  I’ll put more effort into figuring it out when I have more energy.

It is supposed to rain tomorrow morning through the afternoon.  Shit.  This course is already muddy enough without adding any more water.  Unless it is an enormous amount of rain, which would make the course less sticky.  Plus the high temperatures is in the lower 40’s.  I’m not really forward to the whole thing.  Three days in a row of running in the mud is probably one day too many.  But, you never know until you try it.

Okay, I’m going to try to go to bed earlier tonight.  Last night was close to 3 am.  I’m nearly 3 hours ahead of yesterday. 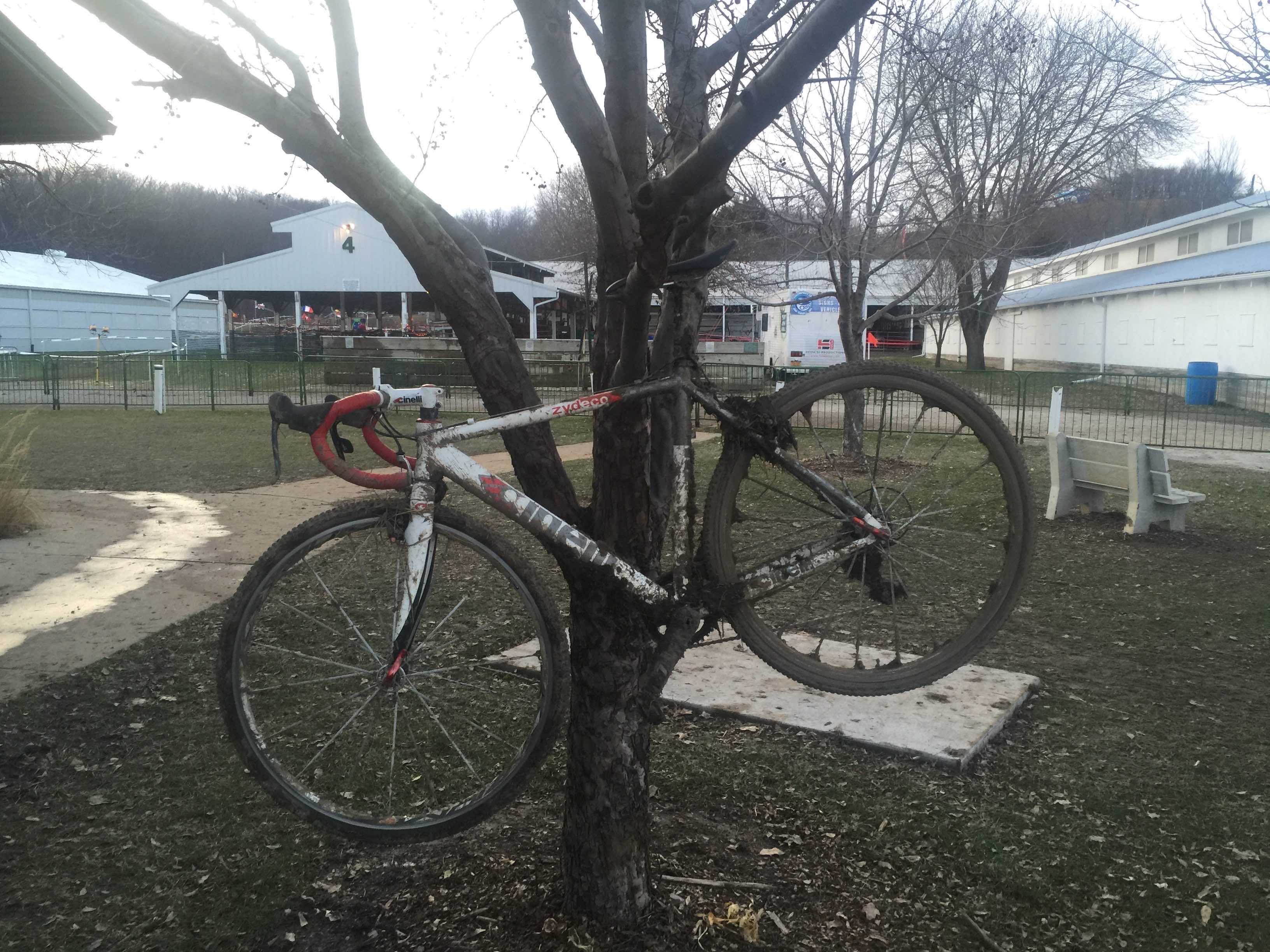 Leaving the shower, late this afternoon, this bike was just hanging in this tree. It looked like it had been there a while and was going to stay there. Kind of summed up the day for a lot of the riders. 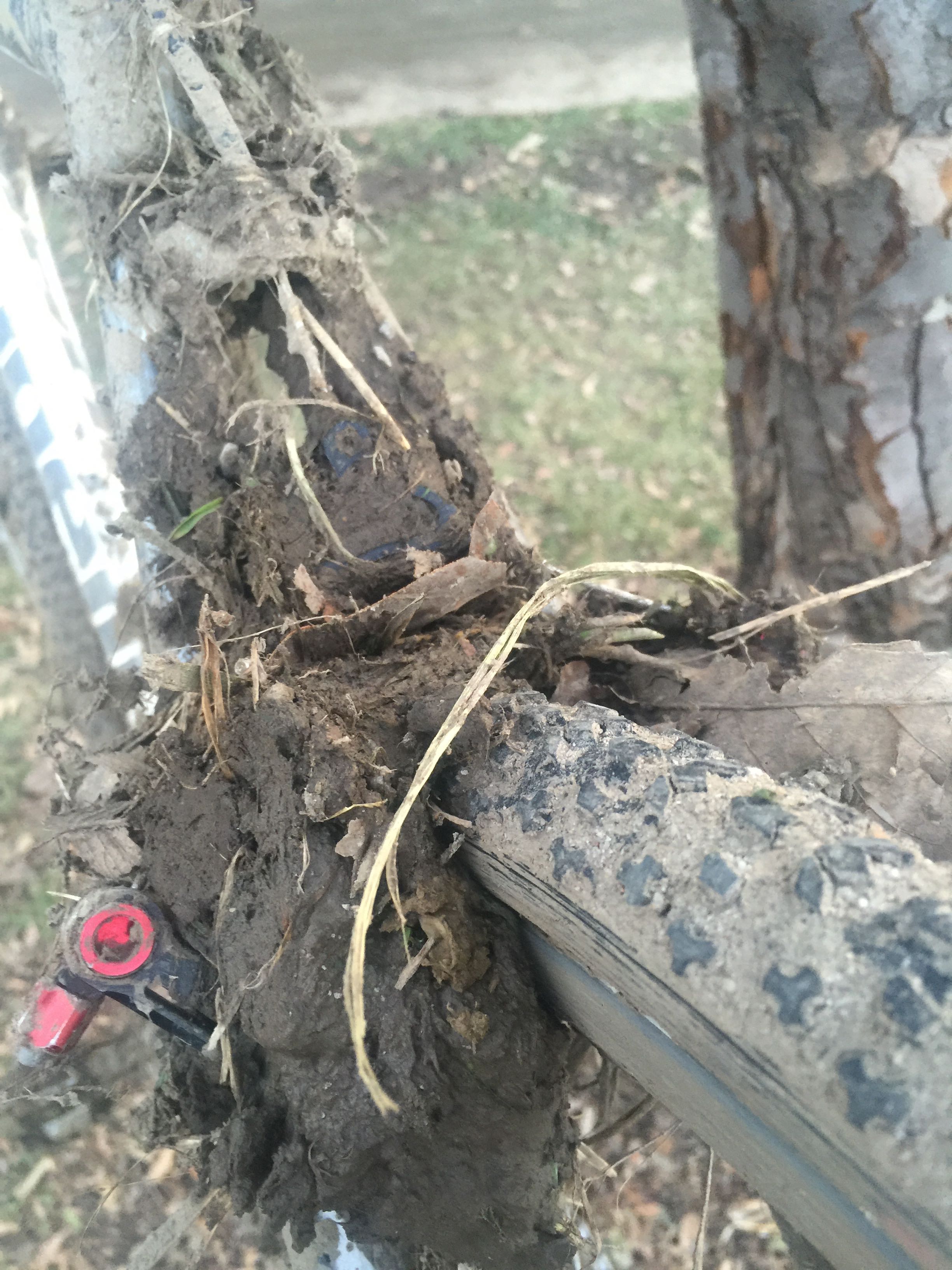 Close up of the brakes on it. There were a lot of seized up bikes and broken rear derailleurs today. 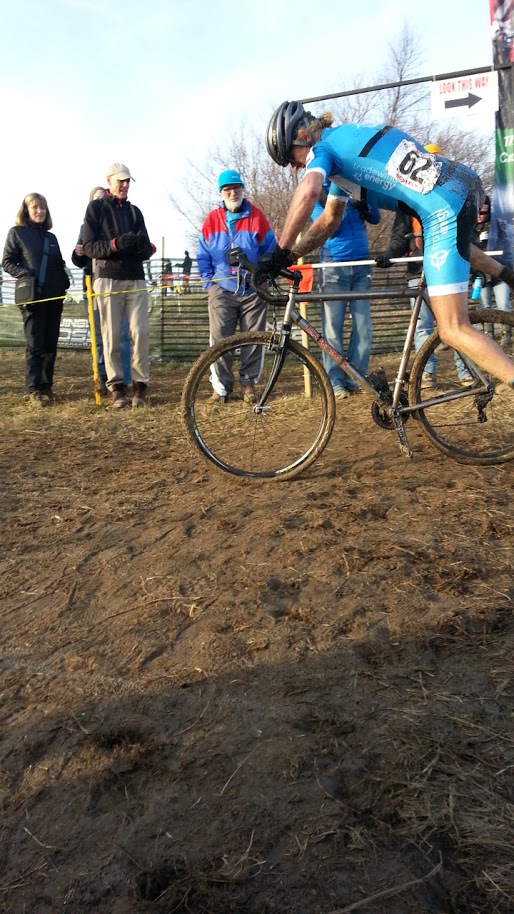 I was pretty gassed at the top of the slog-up. I could hardly wait to get on my bike and go back down the slick hill. 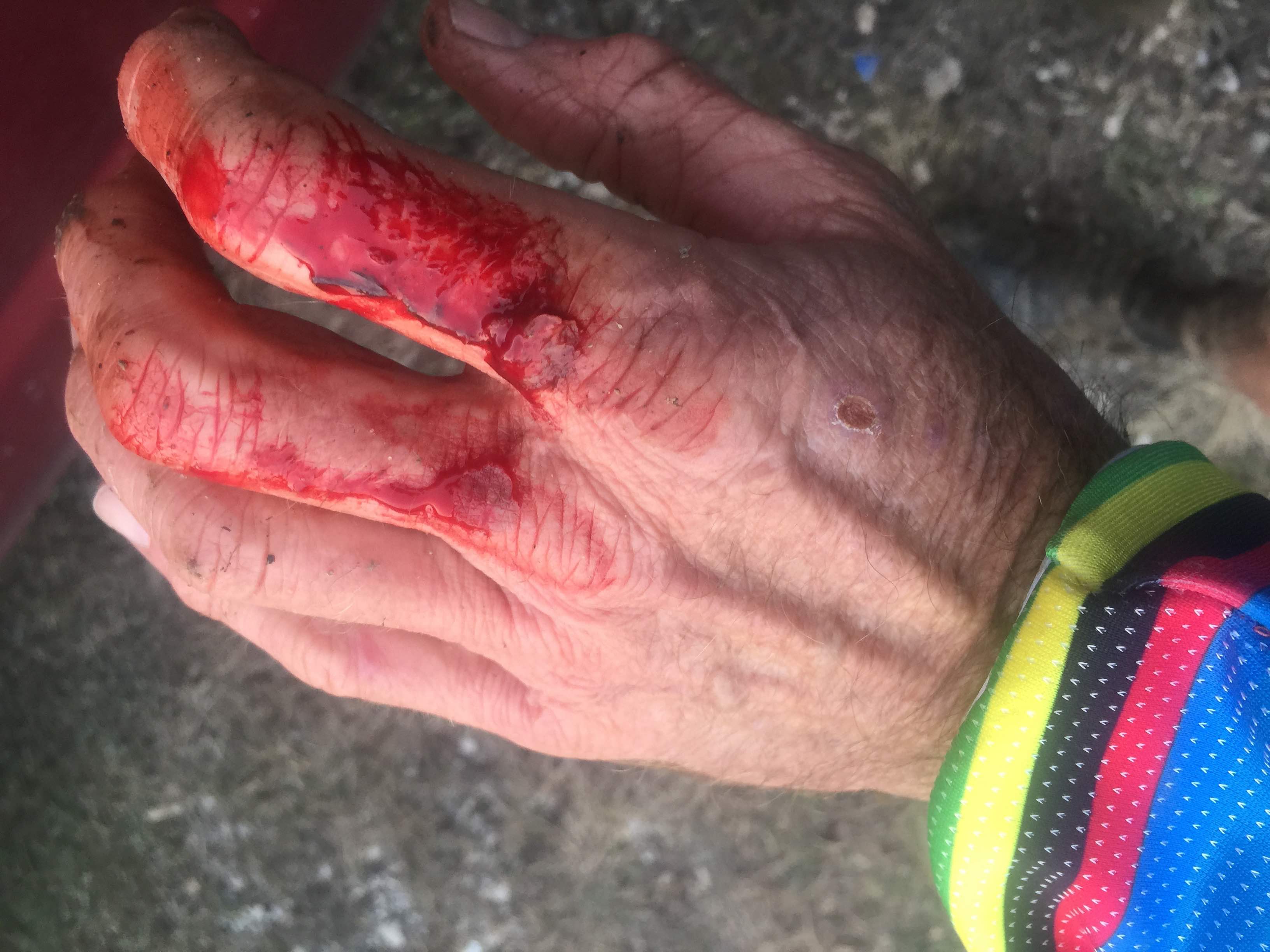 My hand when I took my glove off. It went nearly down to the bone on my index finger. Ouch. 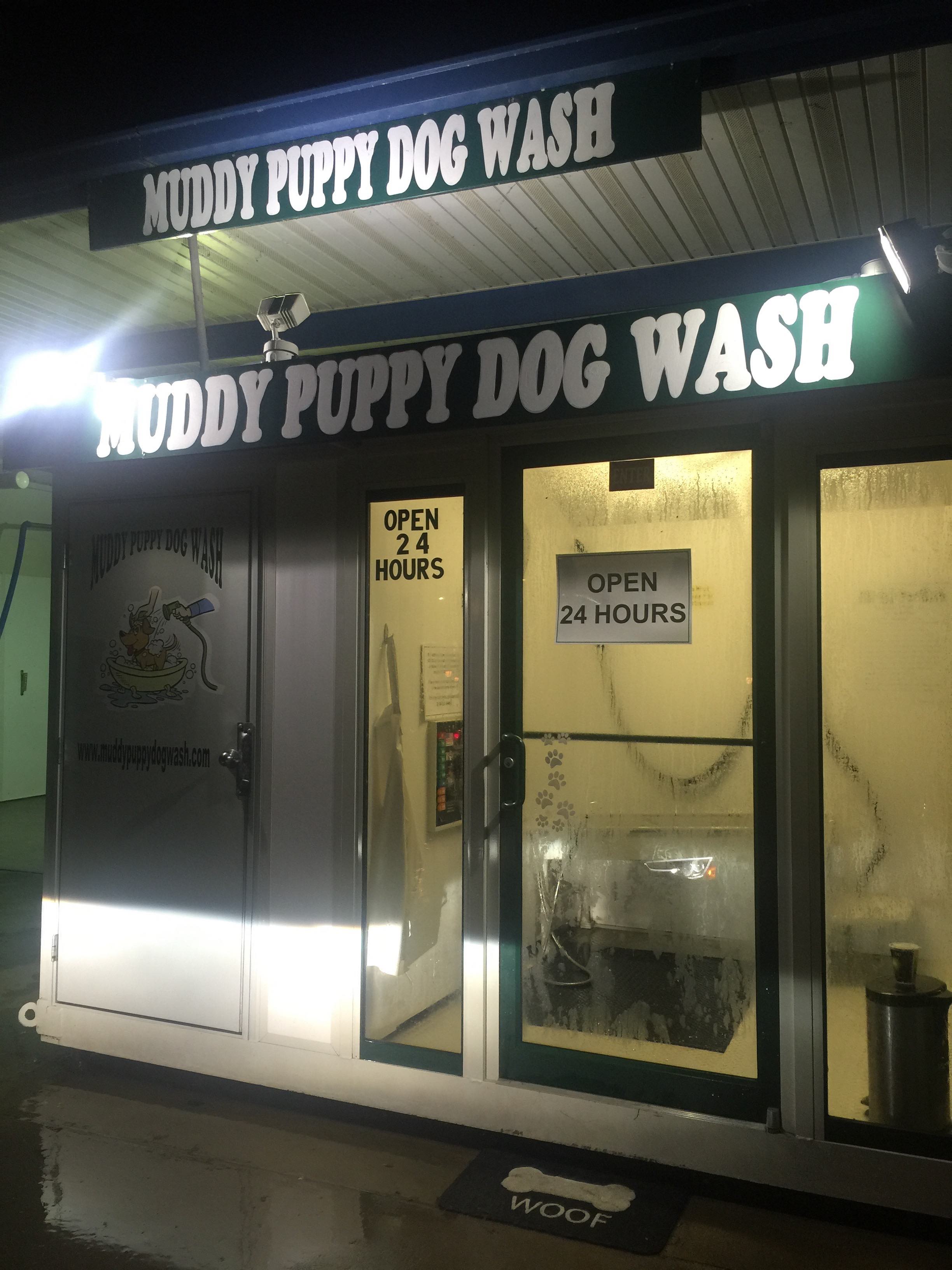 I went to a carwash and they had a puppy wash there too. First I’ve ever seen at car wash. Pretty cool. 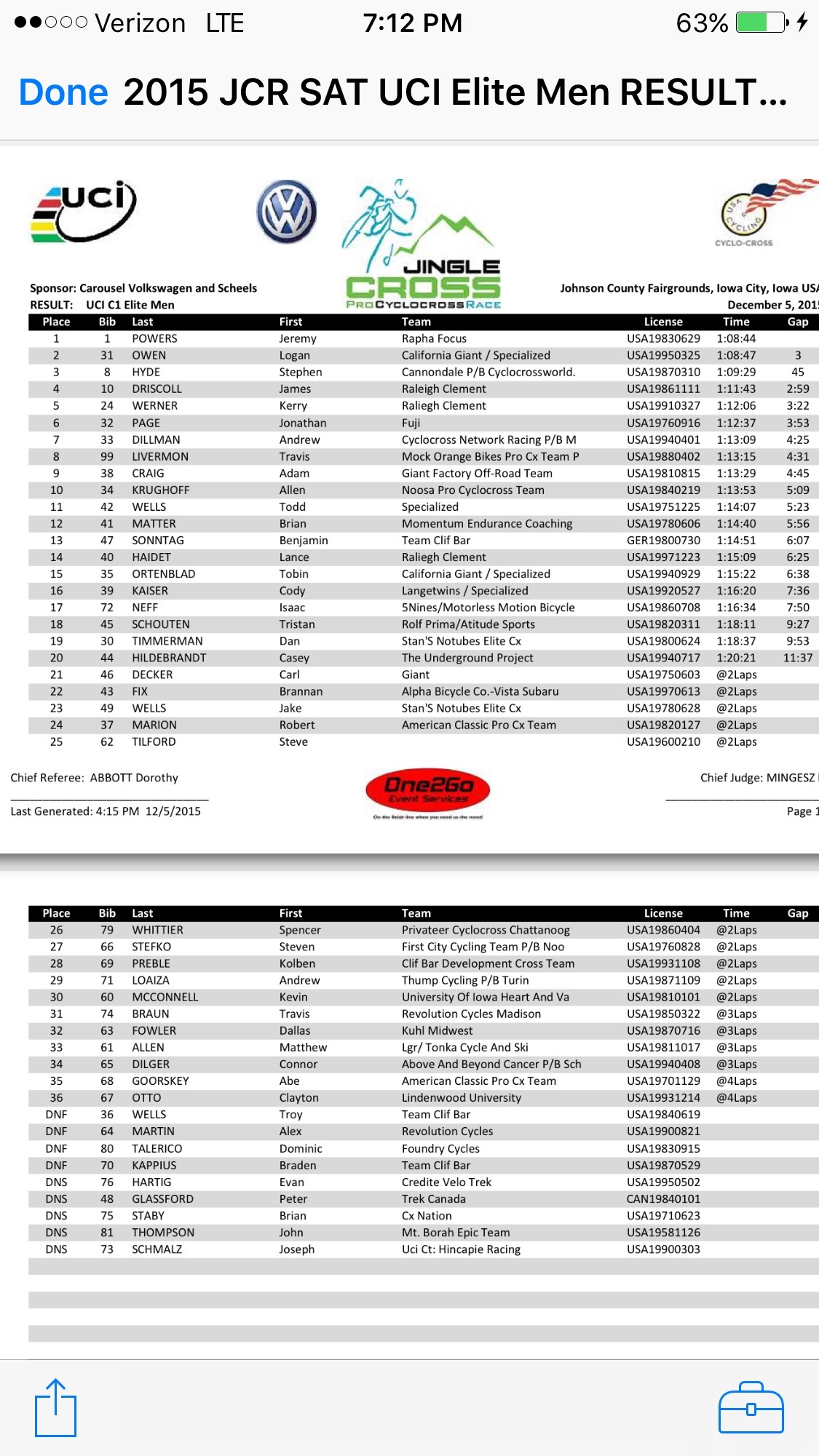