Yesterday was a blast like usual.  The Mike Nosco ride is one of my favorite days of the year always.  Riding bikes for a good cause with a ton of friends and potential friends is pretty hard to beat.

I had a sort of weird day, but it turned out fine.  Jack, Mike’s brother and the organizer of the ride, made a speech at the start and we took off.  The rides goes 10 or so miles down the road to an intersection close to where his brother was killed in a traffic accident.  Then the real ride begins.

This year the group didn’t spend much time there.  But while I was at the corner, I looked down and had a zillion goat heads in my tires.  I thought, shit, I flatted for sure.  I got off my bike and pull each one out and put some spit on the hole.  I had to dig a few out of the rubber that were deep.  I pulled them all out and thought maybe I just lucked out.

There were about 50 people there putting in new tubes.  I was riding sewups and only had one spare tire.  Anyway, we take off and the ride starts riding to the coast.  A couple miles later, my front tire is flat.  Shit.  So, I pull over and change the tire.  I was so cool seeing so many people ride by.

I get back on my bike and start down the coast towards the Deer Creek climb.  It was wicked tailwind and I was going close to 30 most of the way.

I catch a bunch of guys and then turn up Deer Creek.  Deer Creek is just 3 miles long, but super steep.  I rode it pretty steady and realized I wasn’t going that great.  I wasn’t going bad, just couldn’t get into sync.  My legs felt sort of weird.

I kept going pretty steady back down the coast and then the next climb is Mulholland.  I tried to ride it steady too, but a little harder.  I got passed by one guy and he was going pretty good.  He got about 100 meters ahead of me and then we seemed to be going about the same speed.  I was just looking for a group, or someone I knew to ride with, but I was too far back in the group of 1000 riders still  I kept going by hoards of riders.

About 2/3’s the way up I got up to the one guy that was going pretty good.  There was a strave climbing section of the ride there and he was obviously going for it.   So I pulled by him and started pulling pretty hard.  It was fun.  He came through a couple times, but I was going better at this point.  Near the top we came upon Sue.  I told her I’d wait at the top of the climb.  We keep going hard and he sprinted the KOM finish sign.   Then he introduced himself and another ride memory had been created for both of us.

The top of Mulholland is about 1/2 way through the ride.  We still had to descend back to the coast highway, then climb Latigo and ride back to Newbury Park.  I rode with Sue the last couple hours, sometimes with other guys in a group, sometimes not.  It was super.

It was a super day on the bike, but I didn’t have a super day physically.  Early on I had to take my gloves off because my thumb was killing me.  Then I never really got going.  I don’t know if taking 4 days off is the reason, being a little stale.

Whatever the reason, last night my left hip started aching.  And now this morning I’m limping pretty good.  It must be a muscle deal, but I don’t know what I did different to bring that on.

Luckily, I’m flying to Louisville for the Derby Cup, and staying with my friend Stacy who is an orthopedic surgeon, so I can get both my thumb and hip checked out.

I entered the Louisville UCI cyclocross last night and the race predictor has me predicted to finish last in both races.  It shouldn’t be that hard to beat that prediction I’d hope.  Maybe it is because I haven’t done a cross race the last three seasons?

And it was sort of weird, I entered the racing at the USA Cycling website and then when I went to see the race predictor, I was entered twice.  So I went to my credit card bill and it was charged twice.  I’m not sure what that was all about, but I hope someone catches it and it isn’t a hassle.

The day was great, but I can’t skip the LA traffic bit.  LA traffic sucks.  Like really sucks.  I don’t understand how people can live in a place where they don’t know whether it is ging to take them 2 hours or 6 to get somewhere?  Maybe, being from Kansas, I just don’t know the super secret ways of avoiding it, but it is a real downside to this place.

Anyway, there was virtually no traffic on the ride.  Especially on the climbs.  Jimmy Mac came out on his motorcycle and I saw him a few times taking pictures.  One is below.  The scenery was amazing.  It continually amazes me each year. 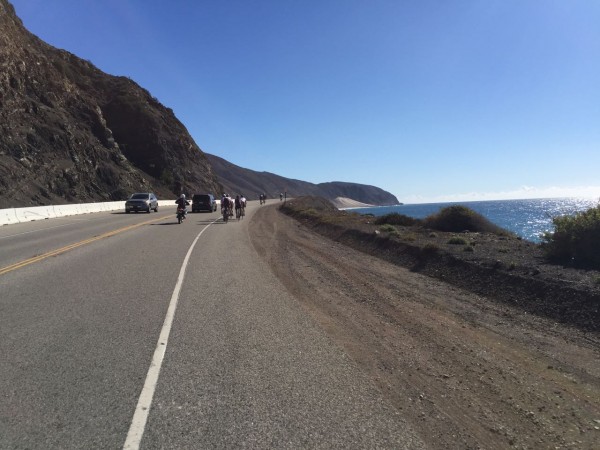 Riding along the coast after I flatted early.  Jimmy Mac going by. 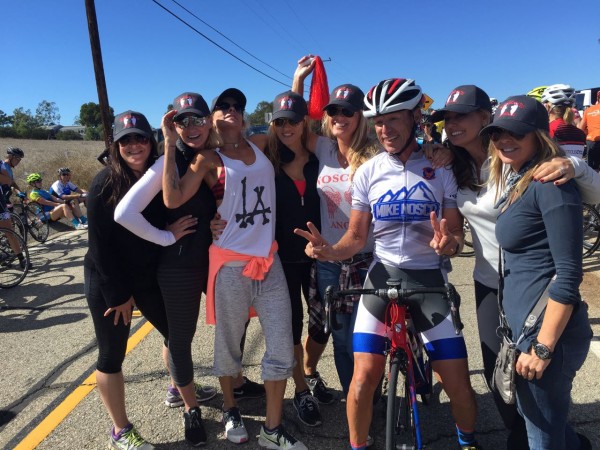 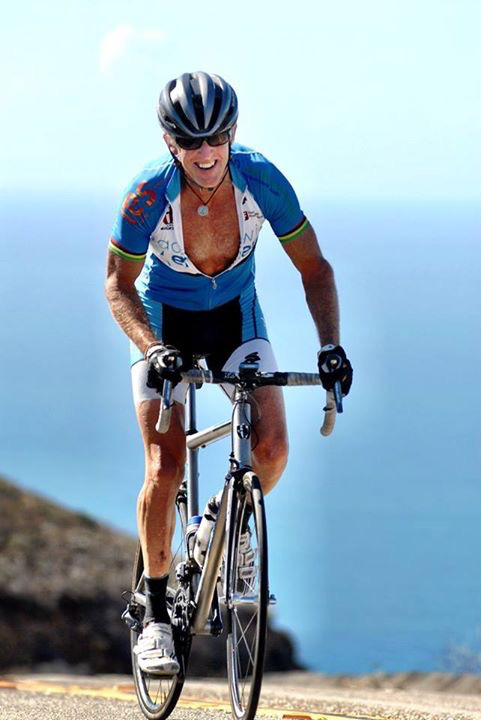 A photo Jimmy Mac took of me climbing Latigo I think.