Yesterday was good.  And I got lucky.  At least at the end..  I have been fixing a rubber roof at my friend MIchael Fatka’s house in Iowa and had run into some unexpected issues that required time, which I am short of.

But yesterday went pretty well, right until the forecast said ran at 7 pm.  I was rushing around all day and finally got the deck covered by sunset.  It went pretty well and isn’t going to leak any there.  I even had time to do a weird corner that had pulled away from the wall.

Anyway, by this time it was after 7 and I thought they had screwed up the forecast again.  But just a tad later, it started raining and it kept raining.  I had just put on the last bit of edge caulking 15 minutes earlier and had started gathering tools to take down.

Man, is that a lucky roofing job.  Rain nearly the minute you get done.

The van is all packed and we’re heading south to Kansas in a few minutes.  The beer mile is in Topeka this afternoon.  I can’t run, but am going to watch for sure.

Then tomorrow I’m flying to LA again.  I need to pack my bike and try to get a cross bike working well enough to race next weekend in Louisville.  I’m flying back to Louisville oo Thursday.  That should be interesting.

Okay, leaving Iowa.  It rained all night and so far it is dry.  Yeah. 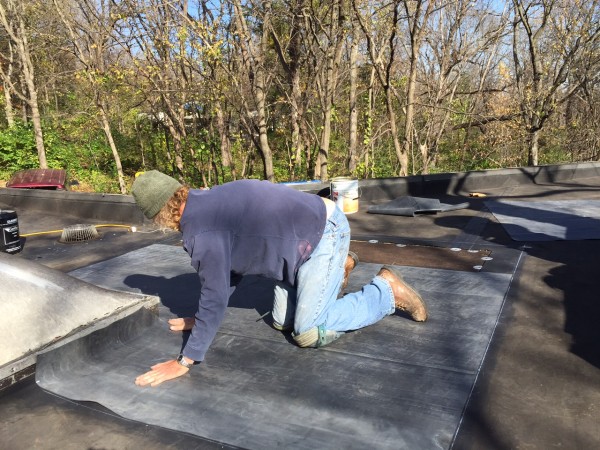 Laying out the sheet. 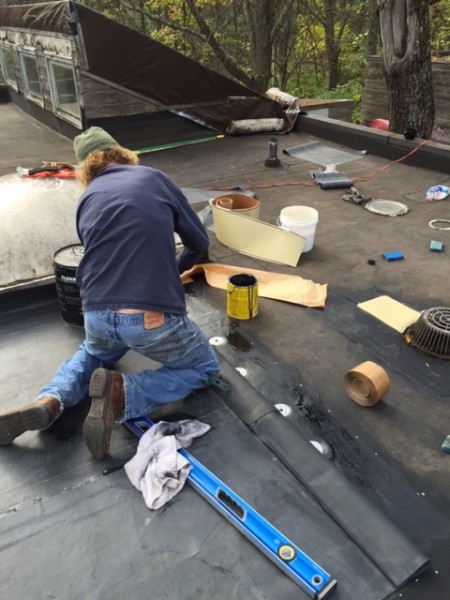 Seaing the seams after glueing the rubber. 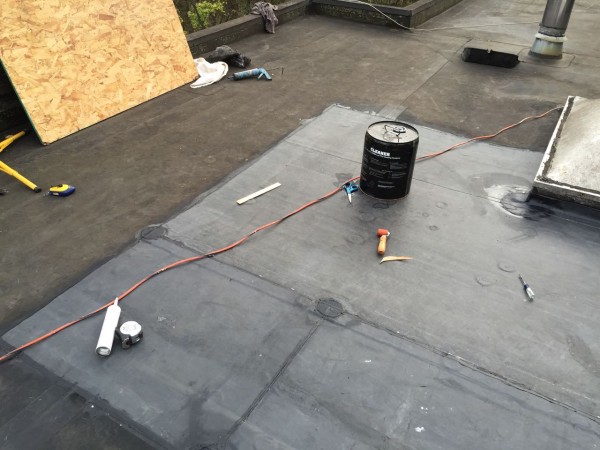 It turned out pretty flat considering I was matching it up to the existing tapered roof. 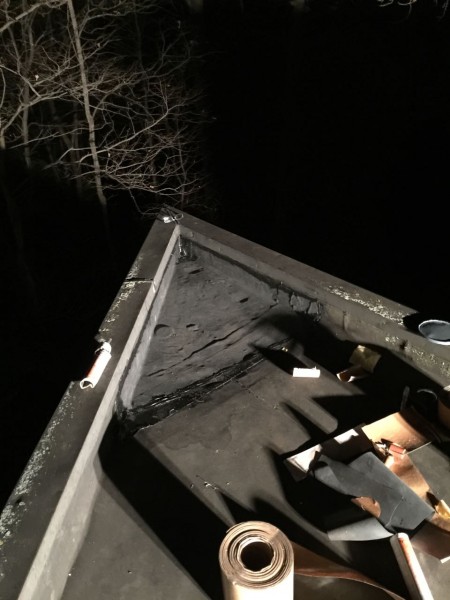 I had time to redo this corner too. 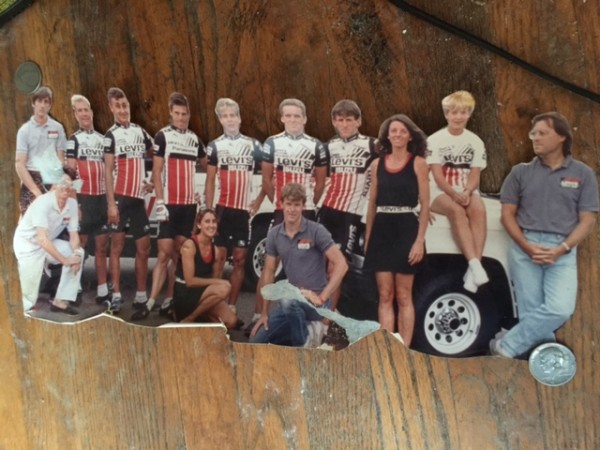 A cut out of the Levis team.