As a guy in love with bicycles, it is always super exciting riding a new bike.  I don’t care if it is the exact some bike as I just had, a new frame, wheels, etc. always ride just a little different than the previous one.

But, that isn’t the deal here.  I finally had time to put together that new Eriksen (Bingham design) dual suspension frame I got a couple months ago in Steamboat Springs.  It took me a little while to roundup the components and I’m still a little short, missing a XTR rear brake and top pull derailleur, but I had enough to get it together to ride.  The bike is full XTR, with 650b wheels, and a Fox CTD shock and fork.

Assembling bikes take a lot more than when I worked at Gran Sport Bike shop when I was a kid. I used to assemble bikes there and received a dollar a bike to put them together.  My brother, Kris, first had this job, but I took it over eventually.  After a while, when reflectors became law, the pay went up to $2 a bike.  I could assemble 3 an hour before reflectors.  After, it was a lot slower, around 2 an hour, so it was really just $1 an hour raise, which was still substantial.

This “build” took me a couple days.  I’m not exactly sure why.  Just a lot of stuff to deal with. Cutting the hydraulic brake lines and bleeding them takes longer than cable brakes. Plus stuff I hadn’t done before, putting the remote lockout kit on the Fox shock for one.  I have a dual lockout, which locks the front and rear suspensions together with one lever.

Whatever the reason, I was standing in the garage for hours.  I got it done about 1 am and had to take it out for its virgin ride.  I just rode down across the footbridge and headed over to Washburn University to ride on the grass.  I haven’t ridden a dual suspension bike in a really long time.  Man is it smooth over rough stuff.  I don’t know exactly how smooth, but it is pretty smooth on bumpy grass.

Tomorrow I’m heading out to LA to ride with the South Bay wheelmen on Saturday, the Donut Ride, and then go to their annual club banquet.   One of my first big road trips was out to Manhattan Beach to stay with my friend Ed Bauman, so I’ve ridden the ride a few times.  It has been going on for over 40 years.  If you’re in the area, come out out at 8 am Saturday morning. It should be a really good time.

I’m racing the BT Epic next weekend and this new Eriksen should roll those trails super quick. Berryman is a super fun race, but I didn’t do it last year, due to my broken hip.  They changed the course up a little, so I won’t know about a 1/3 of the course, not that I remember much of the other parts I’ve already raced.  It takes a lot of concentration doing that race.  It is over 50 miles and has lots of pretty technical riding.

Today, I plan to ride over to Clinton Lake and ride the trails there today.  Clinton has some pretty crazy rocky sections, especially on the white trail.  This bike should be perfect for that.  I’ll let you know how it works out. 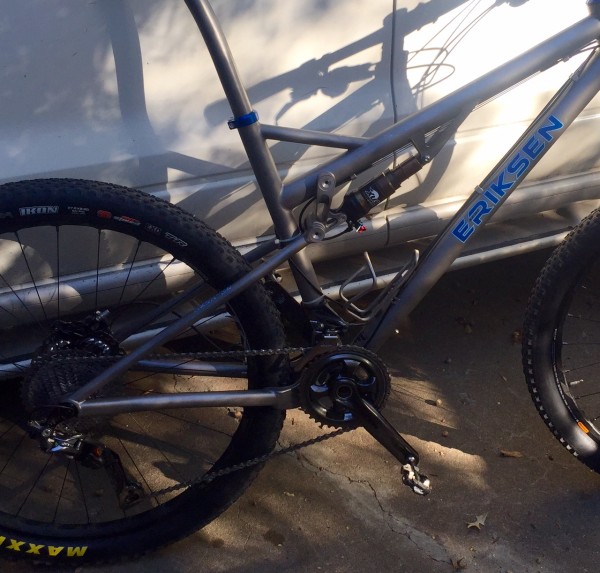 Not the best photo, but this shows the linkage for the dual suspension. 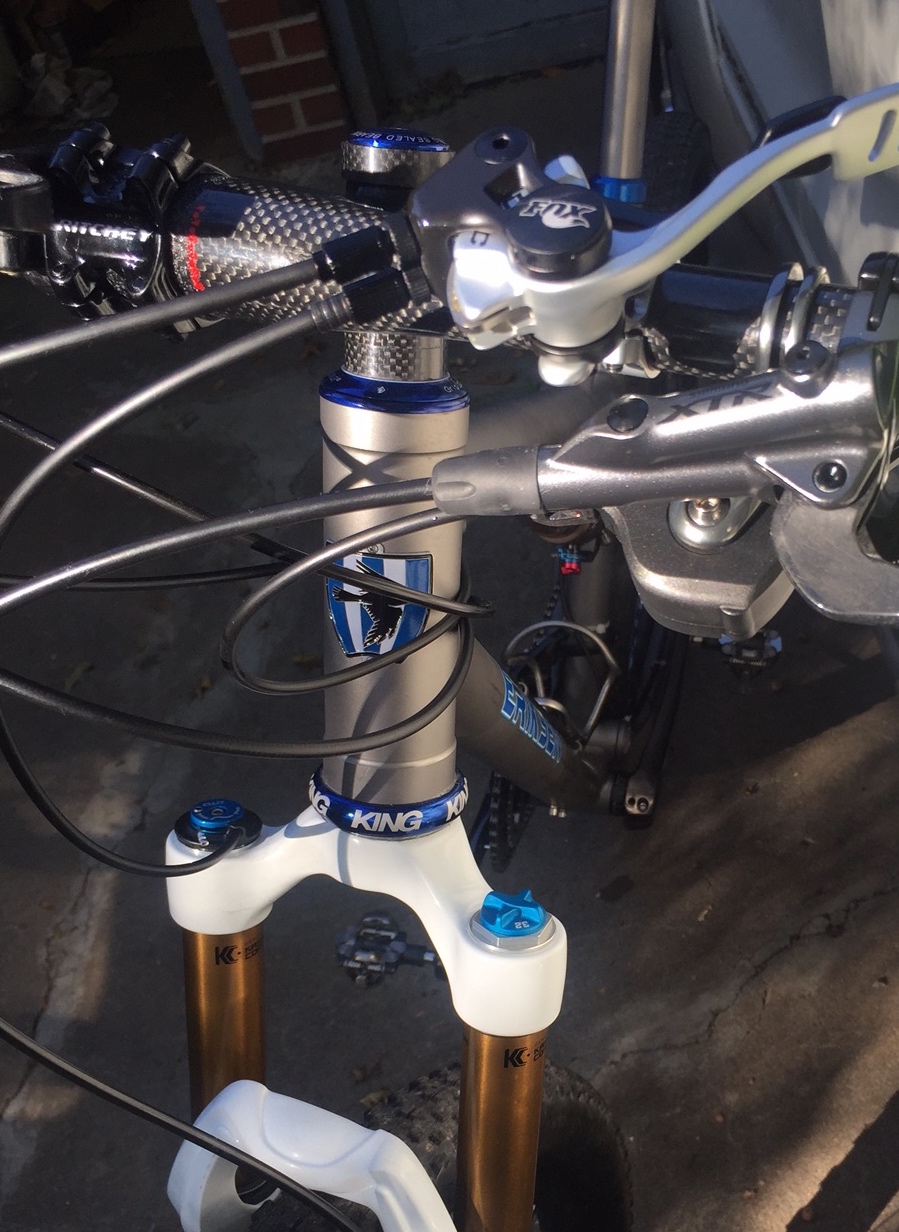 It seems like there are lots of cables with the extra two for the remote lockout. 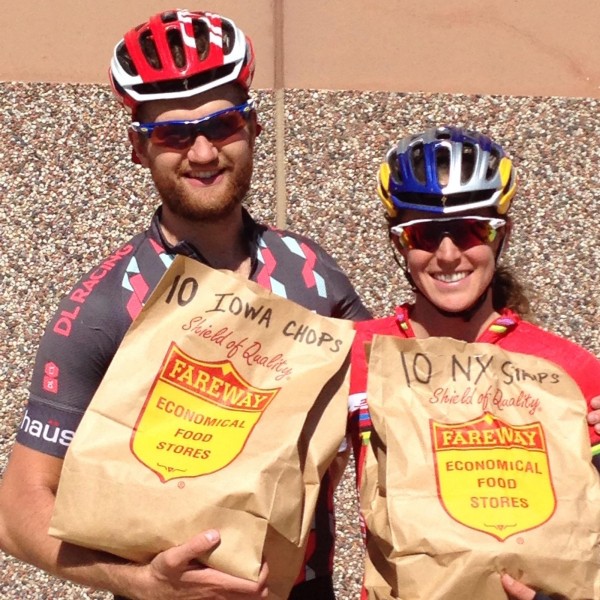 Here is a picture of Pat and Gwen, with their prizes for winning the Filthy 50 gravel race last weekend. Pretty great prizes, meat.