I have trying to avoid the doping deal as much as I can.  It is like beating a dead horse, which, sounds really creepy. ( I wonder who came up with that saying.)  Anyway, it is so old.

But, the Pro Tour team, Trek, hiring Ryder Hesjedal, is something different.  I wrote a post, probably more, about Ryder and my general feeling about him.  I’ve had numerous personal encounters with him in races, where, admittedly, he was doping.   I hated it then and maybe even more now.

But, this isn’t about that.  It is about a road team that is financed mainly by Trek rehiring a rider that doped when they previously employed him.  You see, Ryder started his meteoric rise to his stardom in cycling when he was sponsored, pretty much exclusively, by Gary Fisher, a brand of Trek.

I know this happens all the time over in Europe, with other Pro tour teams, but this is different. Ryder started his career here, in the US, beating up on a bunch of MTB riders.

He,  Roland Green, and a few of their friends from up North, started the destruction of sponsorship for American riders for international mountain bike racing.   And years after this, way after Ryder confessed his sins, and had been, according to Ryder himself, been racing clean, Trek decides that he is a perfect fit for their professional road program.

This just rubs me the wrong way.  But, I’m just me.  I wonder why all these cycling specific media people never ask Trek, the pro tour Trek team, or Ryder himself, what was going through their minds when they came up with this great idea?  I guess they assume that no one really cares.

I could come up with a bunch of old MTB racers that care.  It would be easy.  I personally can come up with many friends that were greatly financially affected, to the negative, by Ryder doping his way to the Pro tour level of road cycling.

You probably don’t remember, but Ryder was in contention to win the Olympic games in 2004, but he flatted out.  I wonder if anyone would care more if he had won the Olympic games, during, according to Ryder, “the dark past of the sport”.  Here is a link to his confession at Cyclingnews.  He does apologize to his sponsors.  Maybe Trek thought this was directed exclusively to them?

I know, some will say, let bygones be bygones.  Ryder paid penalty for “dabbling” in doping, during his MTB time.  But, no, that isn’t true. Other than having to “confess”, nothing happened to Ryder.  He still has all his results, his money, his World Championship jerseys.

I’m wondering if Trek has a little exhibit up in Waterloo WIsconsin with some of Ryder’s old Gary Fisher bikes that he used to, so fairly, win the World Championships?  Maybe an exhibit showing the relationship they’ve had with him for so long, spanning close to 15 years.  It is such a nice story. 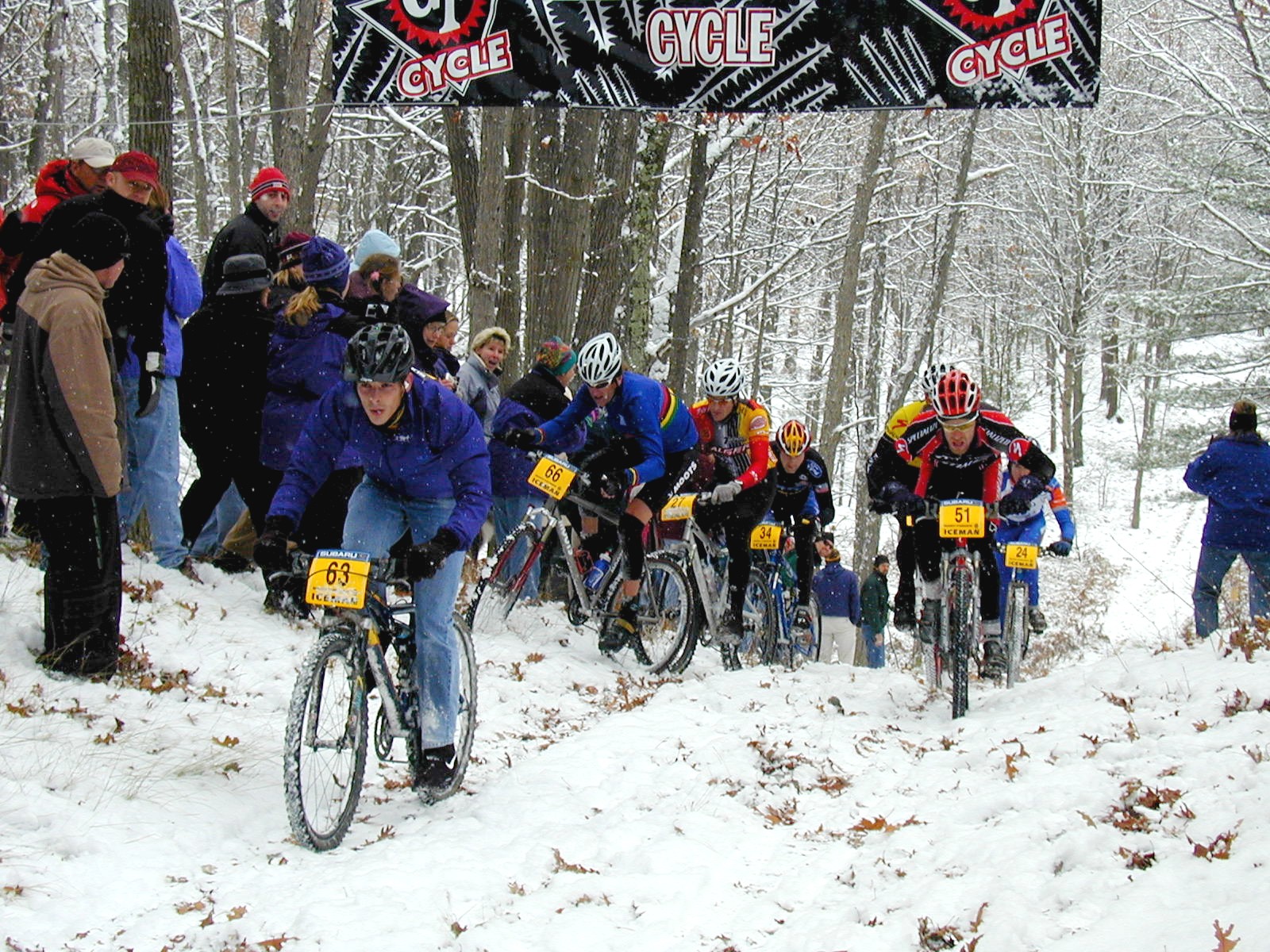 This guy, Dave Walker, beat both Ryder and I at the Iceman cometh. That should be really embarrassing for Ryder, since this was during his “dark past”. I wrote a post about it.