I went for a final swim last night, after cutting wood for a few hours yesterday.  The lake is super cold, like in for 5 minutes and your muscles barely function.  I had already turned on the sauna and when I got back I was crimpled by cold.  Anyway, I have already written a post about 3 years ago, about my best sauna memories, so I thought I’d just repost it.  It’s below.  I cut a ton of wood yesterday, rode MTB’s for nearly three hours and made a pie.  Little stiff today.  Probably from making the pie.  Okay, have to start driving.  (New pie pictures below the sauna pictures.)

I was flipping through an Outside Magazine yesterday and there was an article on Taylor Phinney and how he was using a sauna after training to increase blood plasma and thus VO2.

I had actually just gotten out of the sauna when I saw the article. I have always loved saunas. I like heat in general, although not so much anymore when I’m racing. When I was a kid, I used to get inside our car in the driveway, in the middle of a summer day, with the windows rolled up, and sit there for long periods, basking in the heat.

When I was a junior I was invited to the Olympic training center and met Eddie B. One of the first things that Eddie did was take us to a gym and put all of us in a sauna. It was Jeff Bradley, Greg Demgen, Mark Frise, Greg LeMond, and all the other guys on the Junior National Team. Eddie just sat by the stones and poured ladle after ladle of water, creating a cloud of steam. Soon it was just Lemond and I left, each sitting as far away from the stones as possible, in opposite corners. I just kept hearing the sizzle of the water on the rocks and then the searing heat of the steam would hit us. After what seemed like an eternity, I hear Greg whisper, “Hey Tilford, I’ll go if you go.” I said back, you go first. He said we’ll go together. The heat moving to the door was nearly overwhelming. Eddie just stayed in the sauna and we just kept hearing the sizzle of the water over and over again. He made his point that he was much tougher than us. It was a very good lesson.

Later, when I went to KU, I used to have a work/study job at the computer center, which was next to the gym. Afterwork, at 11pm, I’d go over to the gym and read the KU paper in the sauna. I’d go through wave after wave of wrestlers, trying to get down to weight. I could sit in there for a couple hours.

I’ve always thought that taking a sauna was good for you. In 1994, before MTB Worlds in Vail, I was feeling pretty ill. Ned wasn’t good either. There was a sauna in my condo so everyday, three times a day, for most of the week before, I got into the sauna for 30 minutes. My though process was that a sauna created a synthetic fever and the bug inside of me couldn’t live in the high temperature. I have no idea if that is anywhere close to true, but by the weekend, I felt better and finished 12th, the 3rd American, after starting 125 guys back in the smoking section.

I built the sauna here. It is in the “Kansas Garage” at Dennis’. It was built pretty much from scratch. We bought the heater element and insulated door, but everything else we built. Dennis went over to the local lumberyard, Vortanz’s, and cherry picked the cedar decking. Not the clear boards you’re supposed to use for a sauna, but we ended up with hardly any knots. A knot in a board is supposed to heat up and the sap is supposed to come out, but the few knots in our sauna seem to not have that problem. 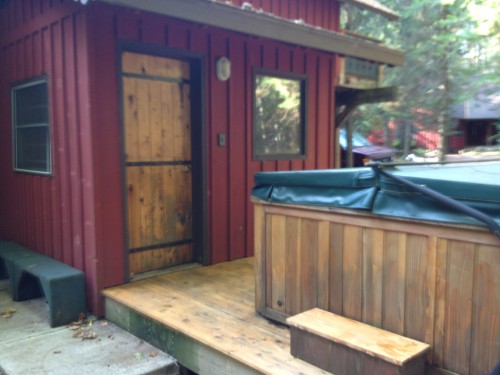 The sauna is on one side of the Kansas Garage facing the jacuzzi. 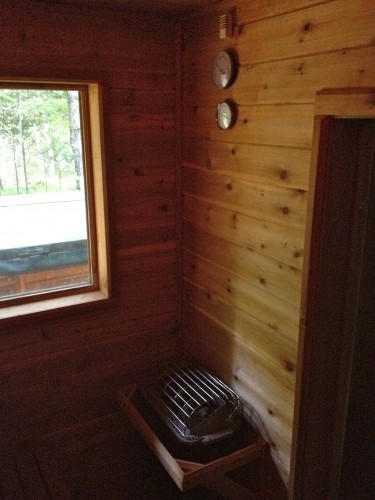 We put in a nice window to the outside. 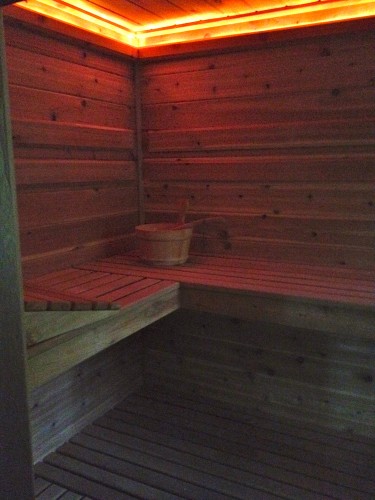 You might not see it here, but the cedar is nearly clear. 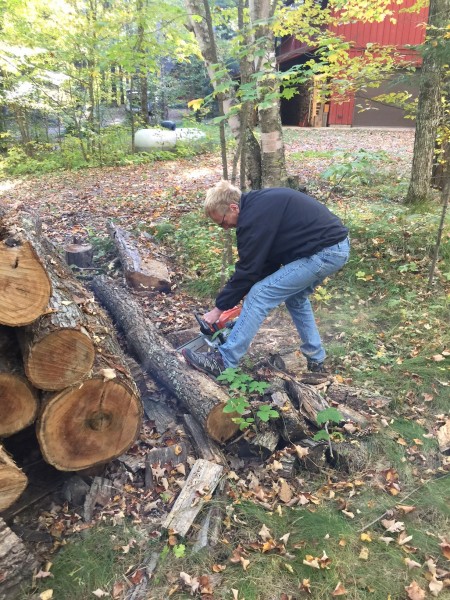 Dennis using his first chainsaw for the first time. 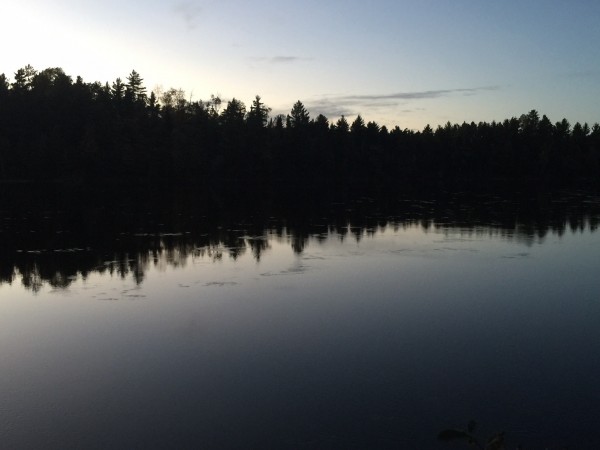 It was pretty dark for my last swim. 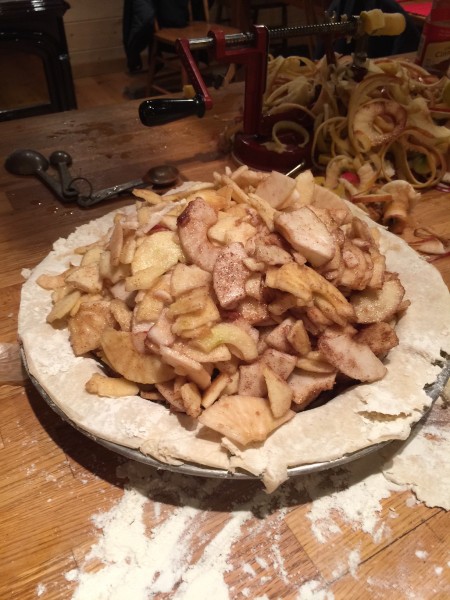 Used up the last of the apples. 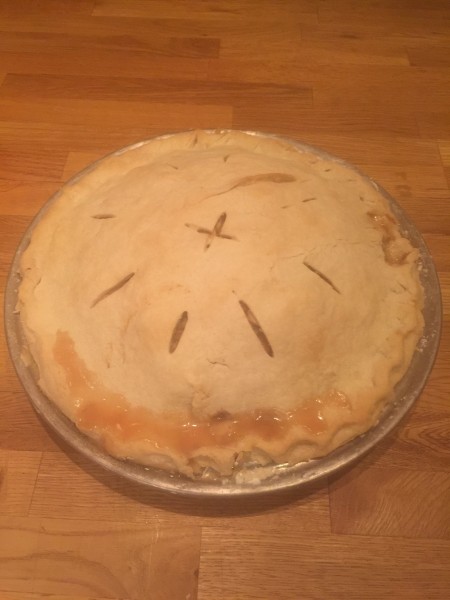