Yesterday was the typical day up in Cable.   Eat, swim, sauna, eat, exercise, eat, chop wood, eat, drink wine at the Rivers Eatery.  It takes a few days to get used to the whole routine.  Gwen makes the rest of us look super lazy because she swam for over an hour, so everyone else is playing catch up and that is impossible.

Pat, Gwen and I rode over 3 hours off-road yesterday afternoon.  I only have road pedals and shoes, so I taking it a little easy.  Pat has a big tired Surley that rolls over everything.  Gwen was riding a stupid light Specialized dual suspension bike.  She has dramatically improved technically the last couple years.  She doesn’t recognize it, but she is going so much faster than even last fall, the last time she really road a MTB.

She was going so well that once Pat and I rode pretty fast for a longer section, then stopped and waited at an intersection.  We barely had time to take a drink and she showed up. I just looked at Pat and we started cracking up.   I told her I was embarrassed that we weren’t further ahead.  In reality, she was just going super good.

Dennis got a new chainsaw.  A couple weeks ago, during Chequamegon, the Stihl that he has had for 28 years, quit working.  It actually didn’t quit, but I noticed that the chain wasn’t getting any oil.  The oil pump blew.  I’m going to fix it for him, but in the meantime, he got 2nd one. Dennis hasn’t fired up the new saw, so I went out and split a bunch of wood that had already been cut.  I think that splitting wood is cathartic.  I’m not so big at picking up the wood, putting it in a wheelbarrow, then moving to the pile and stacking it.  But the splitting part I enjoy.  It’s good exercise.

Today, Gwen has already been down at the lake for a good bit.  We are trying to watching Lombardi and the Super Prestige cross race on the internet.  Plus, Dennis is making waffles, or at least preparing the batter.  Pat and I are going to ride trails again.  They are taking off later today.

Tomorrow I am going to drive down to Winona and see my dentist friend there.  Then probably head back to Topeka, maybe through Ames Iowa.  My friend, Michael Fatka had a hip replacement and had a couple complications.  One which was a pulmonary embolism.  He’s at home, but feeling shitty.  He needs some chores done, so we can help him out some there. 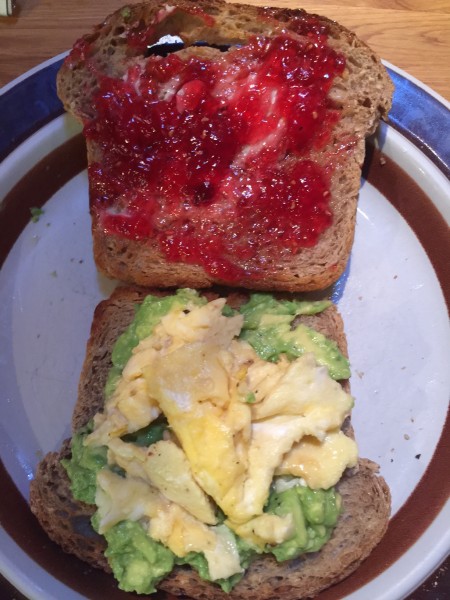 Gwen told me to try the avocado/egg smear. I’d already put butter and jam on the other piece, my normal toast coverings. 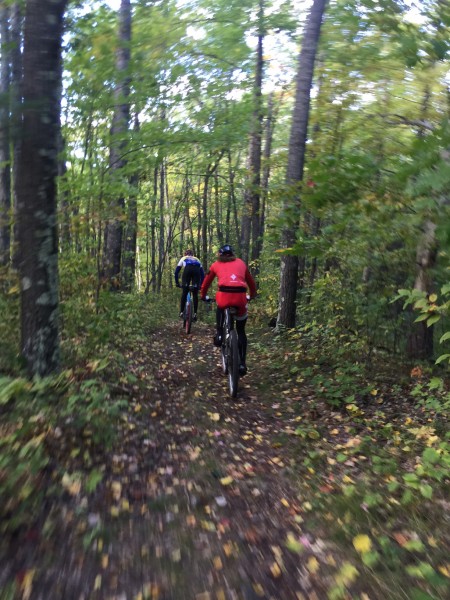 Pat and Gwen on an open section. 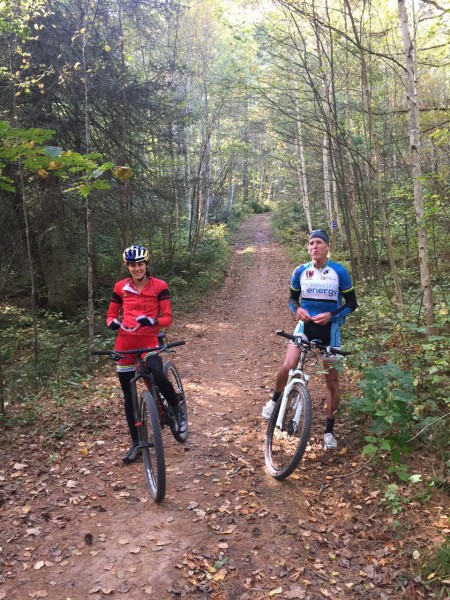 Not sure what we were doing here. 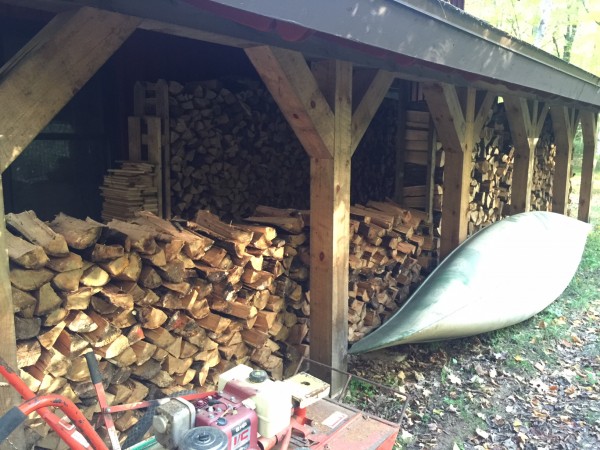 I split most of this section yesterday.