Yesterday we made a 90 degree turn and headed north and drove the 800 miles to Cable.  It was an all day adventure.  I would call the drive east coast crowded, but there are so many more trucks, construction and just general congestion between Louisville, all the way up north of Madison.  Actually, the whole way.  It took close to 12 hours and I was driving pretty quick. There were lots of accident, one where we waited, stopped, for 20 minutes or so, then had to exit and get back on again.

We got up to Cable just in time to meet up with Dennis and visitors at the Rivers Eatery.  The visitors at Dennis’ at the moment are Pat Lemieux, Gwen Jorgensen and Jamie, their friend and Gwen’s coach.   Gwen is still in training, which isn’t the norm.  I think she is doing triathlon in the Bahamas soon and doesn’t want to be so out of shape she embarrasses herself.  I doubt that could happen.  Maybe she want to keep her 2015 winning streak in tact?  Whatever the reason, she is down in the lake swimming an hour right now in a wetsuit.

Pat and I going out and riding trails today.  Hopefully Danky Dank to the Rock Lake trails, then, who knows.  I only have my road shoes and pedals, so we’ll see how that goes.

It is pretty warm in Dennis’ house now.  It is cool outside, but Dennis has bought the temperature up to the mid 60’s.  Gwen is pretty thin and probably gets cold easily.  It would never do that for me.  Wonder why?

Okay, took a break.  Decided to head down to the lake and swim with those guys.  Luckily for me, Gwen was heading back and pretty much done.  She had a full wetsuit and neoprene swimming cap.  I probably didn’t need the wetsuit, but the cap was key.

The water is really cold, like cold enough I could barely stand it.  And it wasn’t because of my body.  My head got so cold that my forehead hurt.  Actually, after just a few minutes, my whole head was aching pretty good.  It was refreshing.

I rode a borrowed fat bike there, so got back pretty quickly.  Gwen had the sauna heated up and was already in it.  Man, did that feel great.  I stayed in there something like 20 minutes and still didn’t get that warm, even though it was 180 degrees and humid.

Okay, we’re ready for the next project.  After 2nd breakfast.  These guys eat a ton.  And eat great.  Eggs, avocadoes, etc.    I’m going to put on weight the next few days. 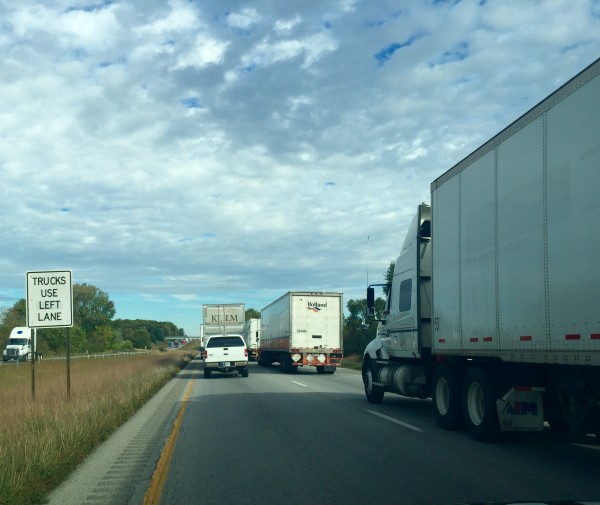 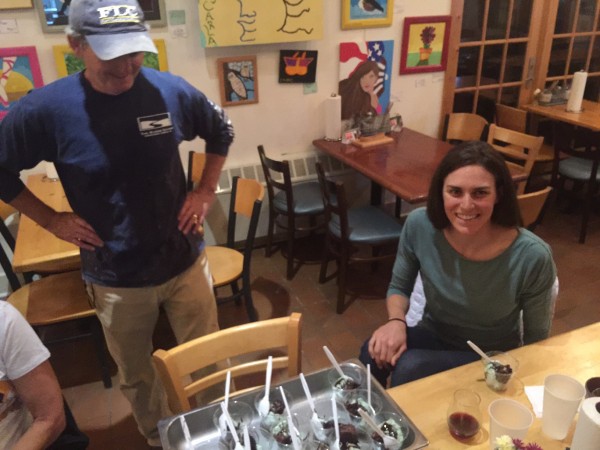 Mick brought out a little treat after excellent pizza, salad and wine. 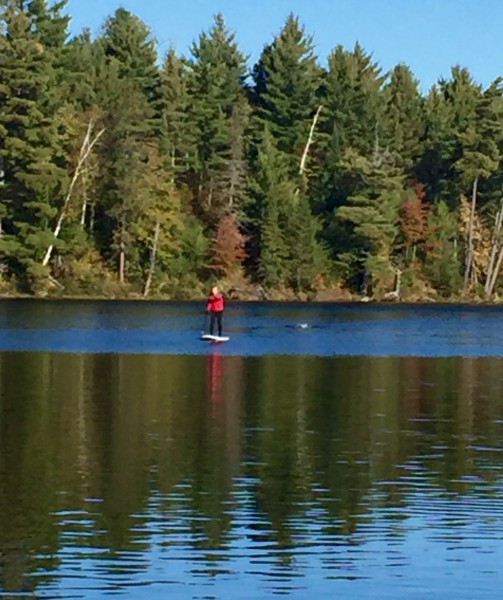 Dennis was on a paddle board, excorting Gwen, who swam an hour. Guezz. 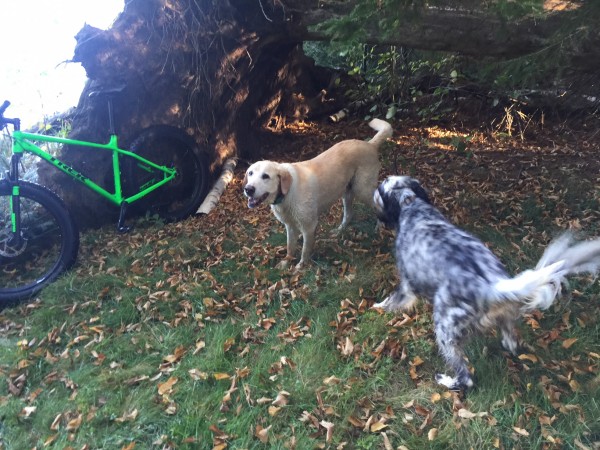 Hawkeye and Harley came down to the lake to play.

9 thoughts on “Back in Cable”