The weather is changing here in Richmond and it looks like it is going to play a big role in the outcome of a lot of the events here at the World Road Championships.  The forecast is for rain to start later in the day and stay here all the way through Sunday.  Someone said it was the end of a hurricane that is dwindling out here.   I haven’t been paying that much attention to the reason, but my phone shows rain constantly through Sunday, then a break, and then rain again.

The course is right in downtown and has a ton of corners.  Plus it has 2 cobble climbs, one which is pretty steep, maybe close to 20%, so putting water on that will change the race up completely.

The cobble climbs probably won’t decide the men’s race, if it is wet, but the other events it could make a big difference.  This morning is junior women, then this afternoon U23 men. Tomorrow is junior men, then women in the afternoon.  The junior women might be okay, but if and when it starts raining later, it could be ugly.

Like I said, it is a downtown circuit, thus a lot of oil from automobiles.  Plus they put new asphalt down in a lot of places and that is usually pretty slick from the oil.   When it hasn’t rained for a while, it is slick until the surface oil is washed off the roads.

I think the rain could be an advantage for the US guys.  Euro guys don’t like cornering on wet roads, plus they aren’t that big on riding circuits. Most the US guys grew up riding a lot of criteriums, thus aren’t intimidated by technical, wet course.  We’ll see. Either way, the U.S. guys are, as always, long shots at best.

I think that tire selection and pressure is going to play a part too.  A couple days ago I rode up the cobble climbs without pumping my tires for a couple weeks, thus maybe around 50 psi.  I cruised up the hills.  Yesterday, before I went riding, I put air in my tires, 95 pounds or so, and rode up the climbs at the end of my ride and the cobbles were super harsh.

If I were racing here, I’d be riding big tires, 25 or maybe 27’s/28 and riding low pressure, like 70 psi. That would help a ton on the cobbles and would be perfect for the wet corners.  But, I very much doubt many riders start with this setup.  Too bad.

Trudi is making another run to Washington DC to take equipment to the airport today, so she is going to miss a bunch of racing.  My friend Joe Royer and his wife Carol Lee came into town yesterday and we had dinner last night.  Joe and Carol Lee are going to race the Brompton race at 6:45 this evening.  It is one lap of the course, riding a Brompton bicycle, like a Bike Friday and you have to assemble your bike at a Leman’s start and ride in a suit and tie.  It will be crazy in the rain.

After that there is a tour for a couple hours between 7-9.  It is now $135 to ride the course closed off.  It seems sort of like a rip, but it seems like a lot of people I’ve met are doing it. Seems to me that fans should be able to ride a lap on the course for just showing up at the event.  But in this day and age of getting every penny you can from people, I guess that is unrealistic.

Okay, here are some pictures of the course and stuff. 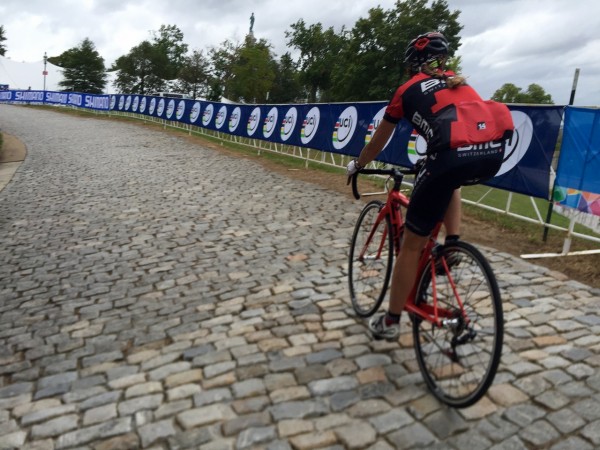 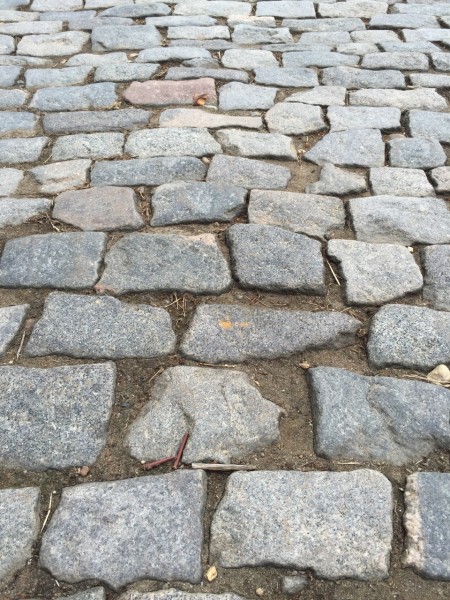 They are real cobbles, so rain will make them challenging. 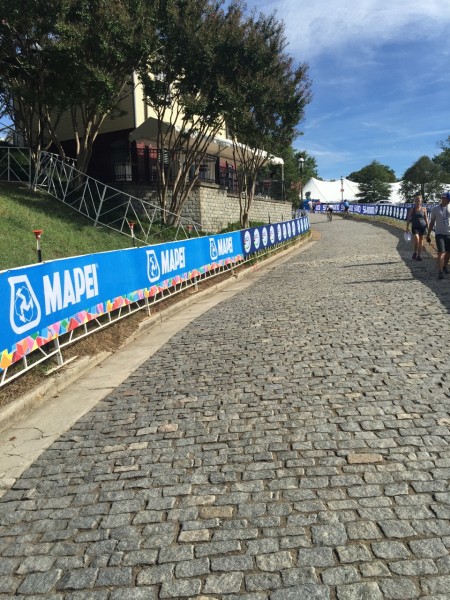 The line up LIbby end when it gets hard is going to be riding next to the barriers on the concrete gutter. There is a strip on the right side the first half of the climb, then switches over to the left up the last pitch. 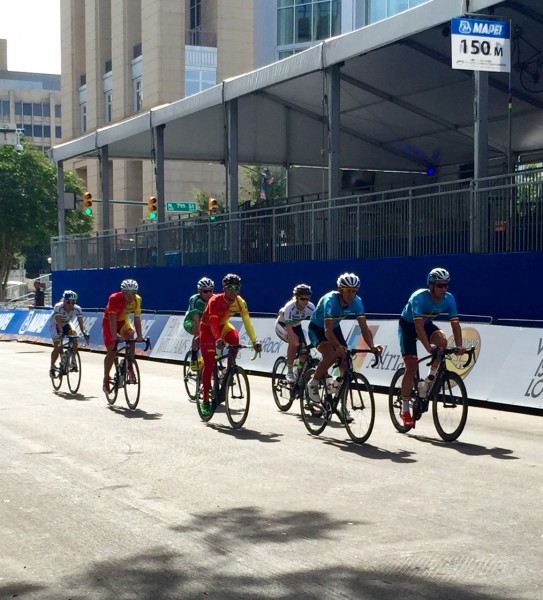 Yesterday the course was closed for road training. Lots of people were out taking photos of their favorite riders. 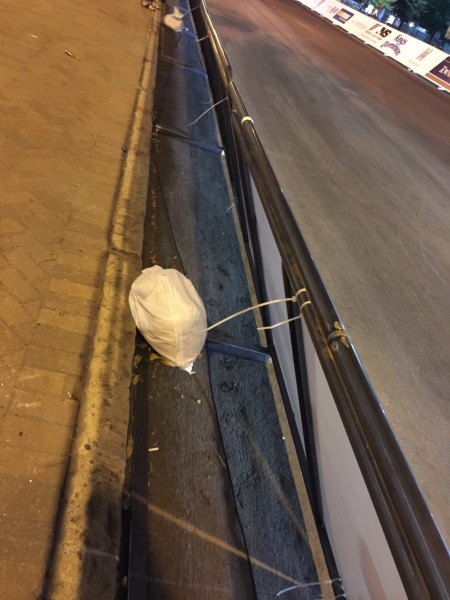 The barriers lining the finish should be mandatory for all big events. They angle back, keeping the spectators away from the riders, plus making it safer for the riders if they get pushed up against them in a sprint. It really widens the road. 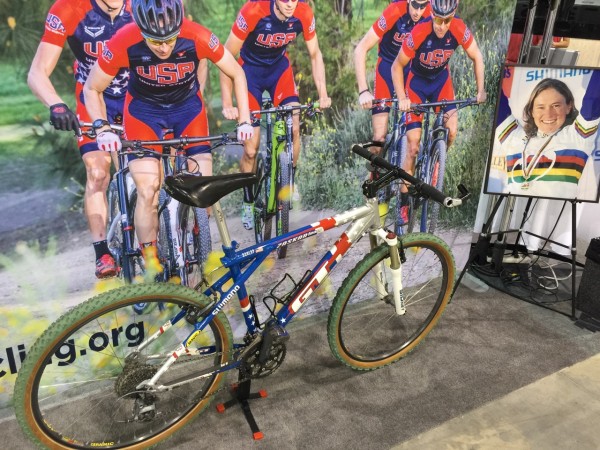 The USA Cycling booth in the Fan Fest has Allison Dunlap’s bike displayed. I liked that. 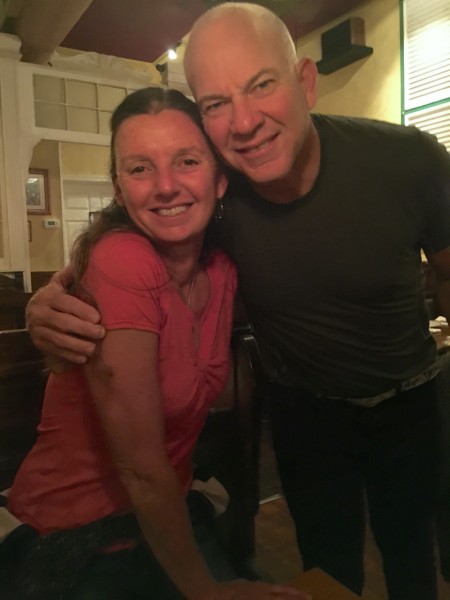 Bob Roll stopped by our table to talk a couple nights ago. Same old Bob.