I’m packing up, while doing this and watching Tour of Spain, to head over to St. Louis (5 hour drive) and do the Labor Day races, the Gateway Cup.  All four days are NCC races, which is the way that the UCI and USAC has come up with to allow D2 Pro teams to compete.  In reality, Pro Tour and Pro Continental team riders are not supposed to “mingle” with us mere mortals.  It is such a stupid concept.  But, here in the United States, we have by-passed that silly rule by making our NCC calender somewhat approved by the UCI.

I’ve raced the Gateway Cup a ton of times.  I like it a lot.  I won overall back in the late 90’s, then went on to win the Master’s World MTB Championships.  Criterium racing is great for MTB racing.  Lots of big accelerations and super high intensity for over an hour.

The last day of the series keeps changing around.  The course they use now is super hard. More like a short circuit than a criterium.  It has a lot of tight corners and lots of sidewind, which strings the field out like crazy.  It is supposed to be in the upper 90’s until Monday.  Ouch.

I’m not feeling all that great riding, but well see.  I’m hoping all that riding at altitude will be my saving grace, since I am a slug at accelerating bike now.

There are 120 guys racing in the PRO/1 race.  Then there is a separate 2/3 race, which has a bunch of guys too.  I think they have a 3 race too, plus all the other categories.    I like racing Pro/1 races.  Much safer and better to move around in.

It is only Bill, Catherine and I going.  Trudi left in the BMC team car, heading to the World Tour races in Canada.  Brian decided to stay in Kansas and take a weekend off.  He’s raced a bunch of long MTB and gravel races the last couple months and those aren’t that easy to recover from.

Okay, I’m just living out of the same bag now, even when I’m at home.  I ride in the clothes in my bag, wash them and throw them back into the same bag.  I’m not even sure what is in there. I probably don’t need a long sleeve jersey and such, but you never know.

Okay, we’re leaving a tad early today.  Catherine doesn’t race until 8:15, the the Pro men at 9:30 I think.  The Friday traffic can be a little ugly in St. Louis, especially the Friday before a 4 day weekend.

I like the rotation of night time criterium racing, but it is not consistent this weekend. Tonight is a late race, then it gets earlier, 5:30 tomorrow, then 4:30 on Sunday and 2:30 on Monday.

Okay, I better get back to packing.  We have to go by Lawrence and get Bill some new clothing. We’re meeting Brian at Starbucks.  Should make for a lot of conversation, all caffeinated up. 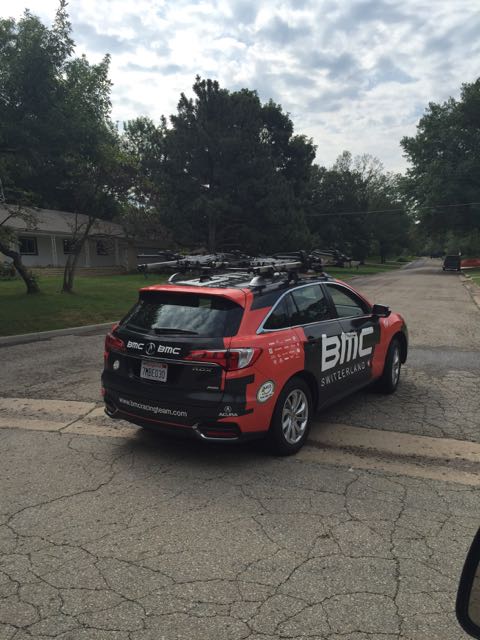 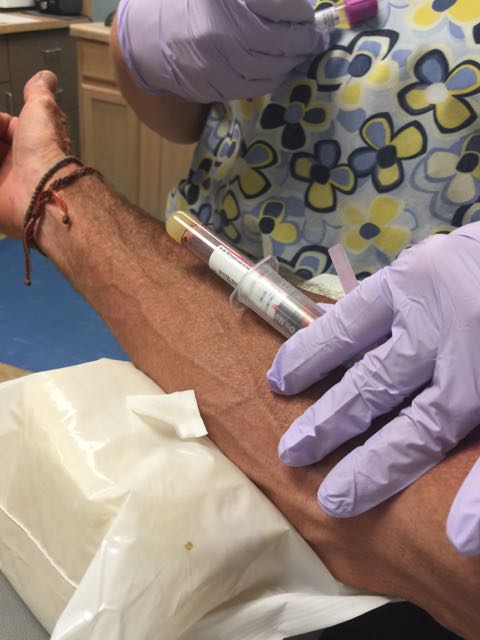 I did a blood test to check to see if the altitude training helped much. It didn’t really. I’ll post the results. 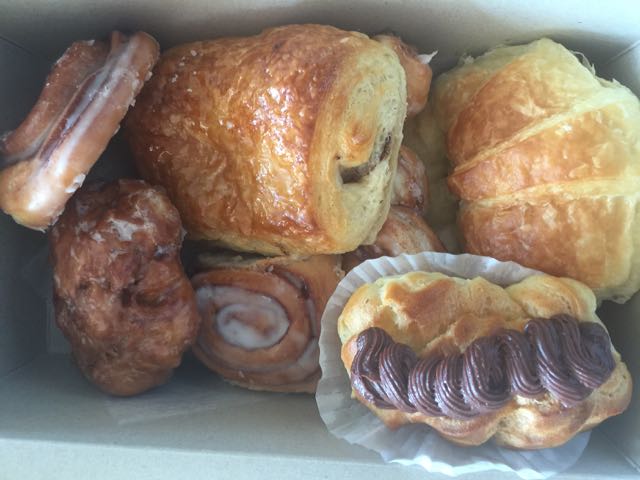 Then I went to a bakery and bought a bunch of “bad food”. 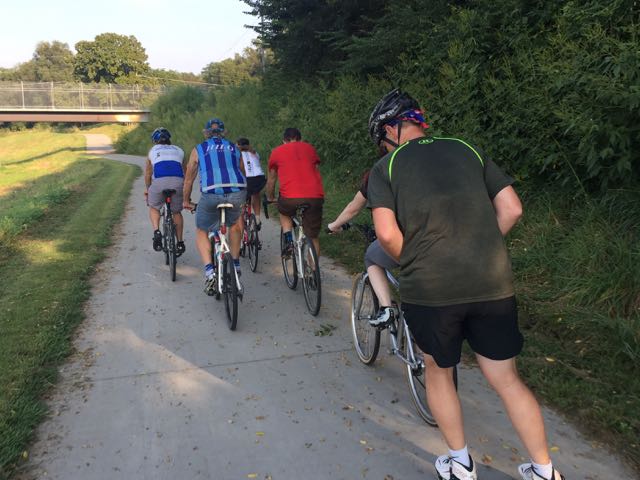 I meet up the Tuesday night Club ride, called the Beer ride. It is a rest day that starts and finishes at PT, which has $3 pints for us on Tuesday. That is Bob on his skates. He is usually doing the Duluth Skate Marathon, when I’m doing Chequamegon, but it doesn’t sound like he’s going this year.