Yesterday my guys here in Topeka did a 4 hour ride.  It was super muggy, but not hot by Kansas standards.  Even with the cooler temperatures, my legs were feeling iffy.  They are still a little destroyed from Leadville two weeks ago.  I’m pretty sure that is the longest duration in a race I’ve ever had to deal with cramping issues.  The residual effects are hanging around pretty long.

So, I decided to look around for a remedy.  I found this website, its the nerve, that has given me hope.  It is a product, not on the market, as of yet, that supposedly cures cramping issues.  It is a company co-founded by Rod MacKinnon a, a Nobel Prize-winning neuroscientist. (That sounds pretty promising, a Nobel Prize winning neuroscientist. )  Anyway, I don’t know much about their product other than it claims to “cure” sports related cramping by addressing the nerves that causes them.  I might make it my mission to try to test some of this stuff.  I would be the perfect guy for that.  It is supposed to be commercially available in 2016. Maybe my legs will be recovered by then?

My neighborhood has taken upon itself to start cutting down huge trees, for virtually no reason. My neighbors across the street cut down a 60 year old Oak tree.  Rumor has it that they did it because they were experiencing ants in their pool filter and a tree guy said that the ants lived in the tree, so they just decided to cut it down.  Another guy around the corner cut down a gigantic hickory and from what I can tell, he did it to rough cut the wood for some reason.  Can you imagine cutting down a 100 year old tree, in your front yard, just to use the wood?  People are so short sighted a lot of the times.

On the ride yesterday, there were 5 of us left, sort of coming back on the edge of town, Topeka, when a white pickup decided to pass us up a hill over a solid yellow.  He made the decision way behind us because he came by fast.  The usual thing here was that there was a silver minivan coming down the hill, directly at him.  But, he didn’t blink and the van had to make an abrupt serve off the road into the ditch.  Then the pickup drive pulls into our lane and proceeds to brake and then flips us off, yelling out the window.

Bill went off on the guy.  I just said that I wanted to talk to his girlfriend in the passenger seat. She was yelling at him and even hit is leg, or something  telling him to stop it.

I was planning to tell her that she shouldn’t be sitting in that truck, that she had probably witnessed the guy do 100’s of things like this and it was a waste of her life spending it with such a bad person.  This would have pissed the guy off more than anything I could say to him, plus it was the truth, so maybe it would have helped her.  But, I didn’t get the chance because the guy drove off at high speed.  We don’t encounter that many irate drivers around Topeka, but when we do, sometimes they are way over the line.

The Gateway Cup, in St. Louis this weekend, has an overall omni prize list.  It is $13000 for both me and women.  The women’s prize list is exactly the same as the men’s. Seems like a pretty good prize list for races nowadays.  Maybe I can make expenses back this weekend?

I need to assemble parts for my mountain and cross bikes the next couple days.  I decided that I’m leaving my cross bikes 10 speed, I guess.  I can’t justify riding 11 speed when I have so many 10 speed rear race wheels.  It just doesn’t make sense.  This wheel dilemma is annoying.  10 or 11, disc or rim braking?  Makes for non interchangeable wheels between road and cross.  I hate it.

I was thinking about going to get a blood test today, but maybe missed my window, since I’ve already eaten a bowl of cereal.  I have to drive to Lawrence, that is the nearer LabCorp.  I’m interested in my hematocrit since I spent 6 weeks at altitude.  Plus my cholesterol.  I’ve been eating a ton of eggs and butter.  Maybe tomorrow.

Okay, that enough, I could keep going on and on.  Funny how a mind works. 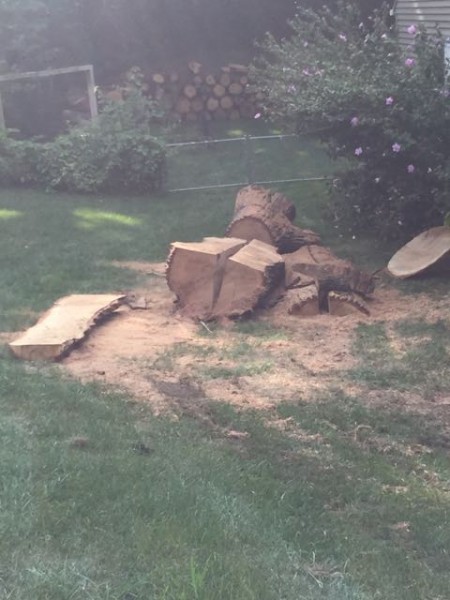 Neighbor that cut the tree to make it into dimensional lumber. 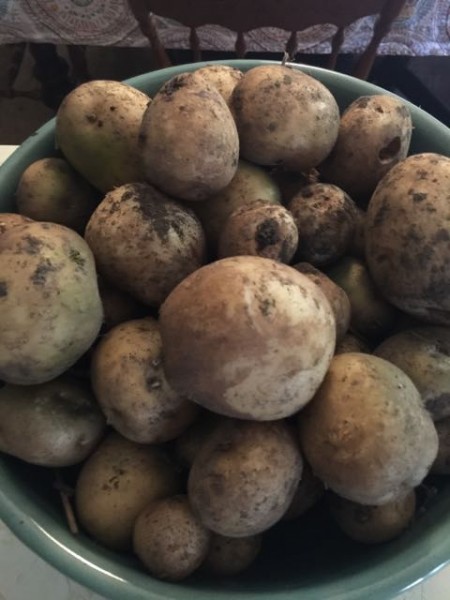 Trudi dug up a bunch of potatoes yesterday after riding. I though they would all be bigger. 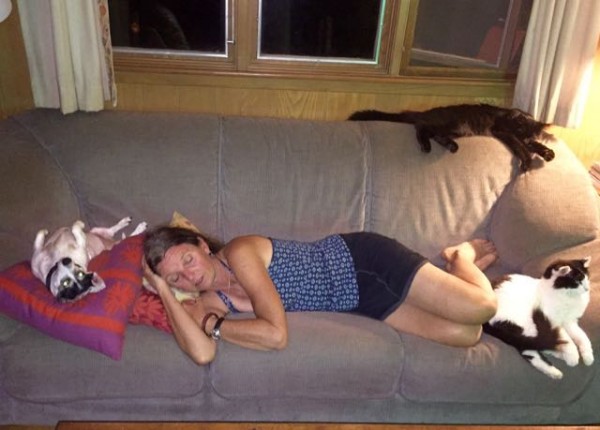 The pets tend to migrate to where ever Trudi is at.  She’s still sleeping a bunch.

These guys should be working a ‘cross pit!