Last week during the Pro Challenge, in Colorado, I got a personal invitation from Derek Bouchard-Hall, newly appointed CEO and President of USAC, to meet up and talk for a while. It was a nice idea and I was looking forward to it.

It took a little back and forth, but we finally got together in Breckenridge, before the finish of stage 4 on Thursday.

I hadn’t seen Derek in a long time.  I can’t remember the last time, actually.  I raced against him for a few years, but he was doing a lot of stuff not on my list, track, etc. and I didn’t run into him that often.

I asked him what he had been up to and he said he had spent the last 9 years in England.  That he was running Wiggle, an online cycling store that does amazing business overseas.  Plus, he has a MBA.  Seems like a good choice for the job.

So, he was just doing a fact finding trip.  I was more interested listening to him talk, trying to get a read on his vision.  First of all, he is a super smart guy.  So he understands, at least at this point in his short leadership position, some or maybe even, most of the problems he has to address.

He and I agreed on lots.  He is adamantly against drug use and thinks it needs to seriously be addressed.  He understands that USAC has been negligent in the past, for a lot of reasons, and hopes to regain the trust of all its members.

Velonews did an article about meeting up with him last week.  They cover most of his agenda much better than me.  They must of had a recorder, I was just chatting.  Here is a link.

He didn’t talk to me so much about anti-doping, which the title of the Velonews article is.  He stated his position and we moved on.

In the Velonews article, he says – “We are network of volunteers that put on races, local associations, race promoters, officials, and I’ve just been surprised by how complex the ecosystem really is,” he said. “There are so many different groups, different parties, different entities, all involved in the execution of our sport. Ours is not a cohesive sport that is centrally run, there are a lot of different groups. It’s been surprising to me how many individuals and parties are involved. It’s a complex challenge.”

I thought that was a correct statement that I’d never considered.

Anyway, he wanted my input on MTB racing, realizing that the racing scene, here in the US, has some serious problems.    I told him that I really hadn’t done enough elite racing to know how to fix the problems, but recognized them.  I don’t think that UCI MTB racing works here in the United States.  Short races with pits doesn’t attract many riders and virtually no spectators.

Anyway, Derek seems to be a super reasonable guy with super good intentions.  He said he took the job because he said it was important and that he thought that he could make a difference.

From my short meeting with him, I agree, if he addresses half of what we talked about, he will make a positive difference for our sport.  I think we should all give him a chance to do just that. 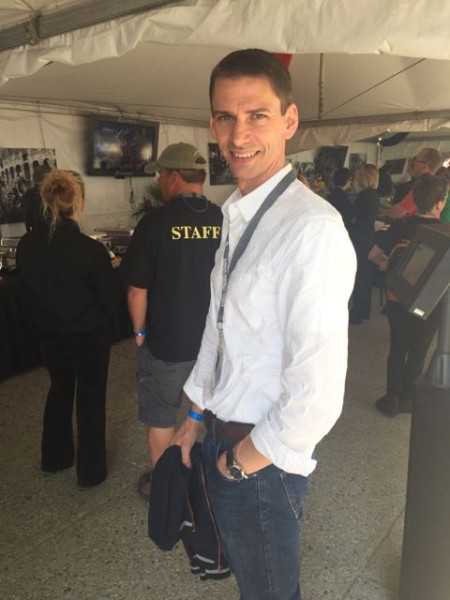 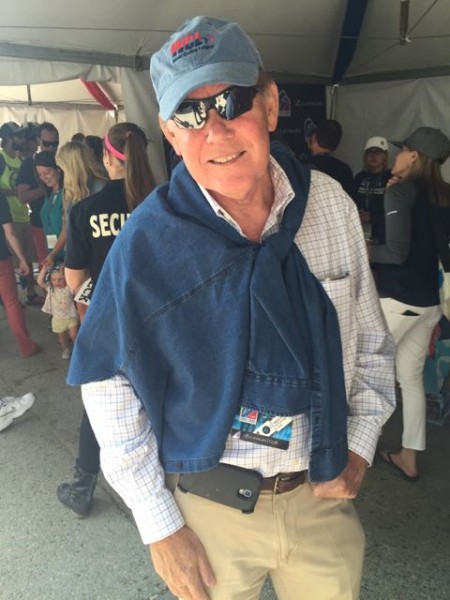 I ran into Dave Chauner in the VIP tent. Dave has started a new track endeavor to bring track racing to the masses.  He is always doing innovative things.  Dave is one of those guys that Derek was talking about, an individual that contributes a ton to our sport, but is doing it on his own terms.

14 thoughts on “Meeting with Derek Bouchard-Hall – CEO of USAC”