Wow, how about the stock market this morning.  Makes you think it is all fake money and people are manipulating the average persons life’s saving for their own benefit.  I understand the importance of China to our economy, but question the extreme value fluctuations of US stocks in relation to worry about the future of perceived problems.

Then Nibali getting booted out of the Tour of Spain.  I officially don’t like that guy at all, not that I was any fan before.  He said, “What happened in the Vuelta happens in every race.”   No wonder he wins races.  Then he apologizes and says getting kicked out was too severe.   That guys has lost his mind.  In more than one way.  First, doesn’t he realize that he’s most likely being “filmed” at all times.  2nd, the dude is the current Italian National Champion, plus past Tour de France winner, and that guy doesn’t “get to” hold onto cars to get back up to the front.  Plus, the nerve of him, riding away from a huge group.  Notice how the group just sits up.  I would love to hear what was said when Nibali just disappeared up the road holding on car.  I bet most of them probably were thinking it was all hunky-dory and that the penalty was too severe.  Crazy. Watch the video below and make your own decision.

Yesterday was good.  We rode over to the start to see Trudi and just enjoy the whole race start.  We tried to ride up Lookout Mtn. to watch the field go by, but 30 minutes before the start the authorities were turning spectators back.  That seemed really way too early.  People were really bummed.  I didn’t really care, but races really need to be fan friendly or the fans will cease to come.  That isn’t good.

Trudi is working this morning and might not be done to later this afternoon.  I am going to drive back up to Steamboat Springs to visit the Eriksens for a day or two.  Vincent is driving to Salt Lake City to get a new car and trade in his old one, so it seemed like a good time.   Trudi usually sleeps the next two days anyways, so she might as well be doing that in a beautiful place up in the Aspen trees.

I might ride over to Boulder this morning to check it out.  I was planning on getting breakfast there, but Vincent made his egg special and I can’t turn that down.

Okay, it is a little less smokey here, but it is still visible.  It is very hard to believe all this smoke is from the West coast.  Must be a ton of fires going on. 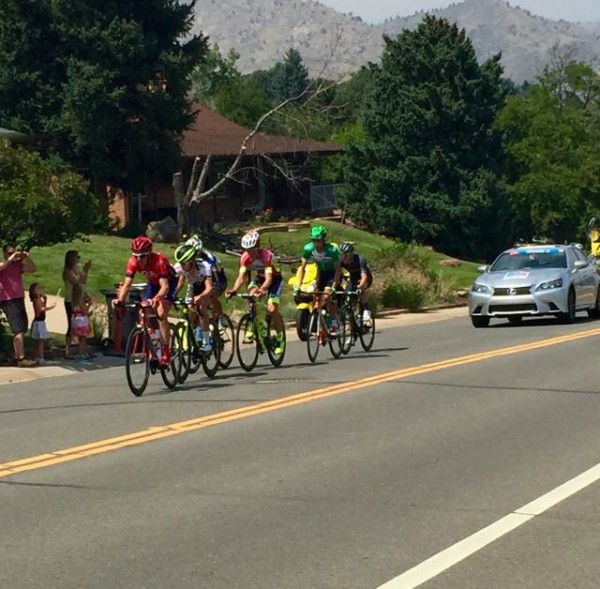 Joseph was in the early break heading up Lookout. He is the last guy in line. 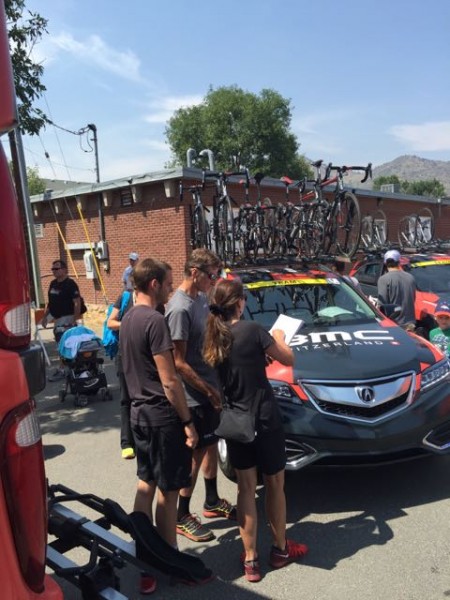 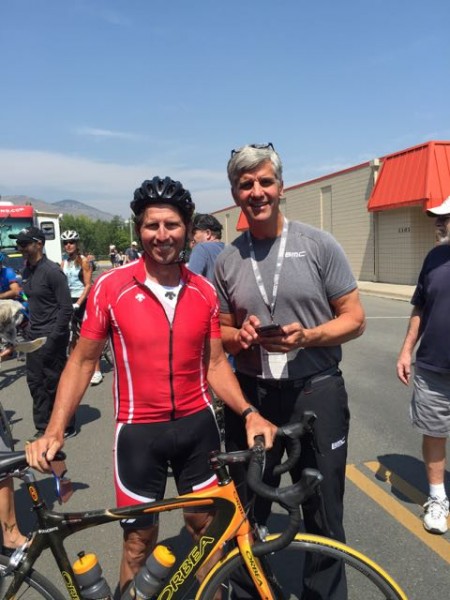 Here is Huge Walton and Eric Heiden, old friends for a long time. 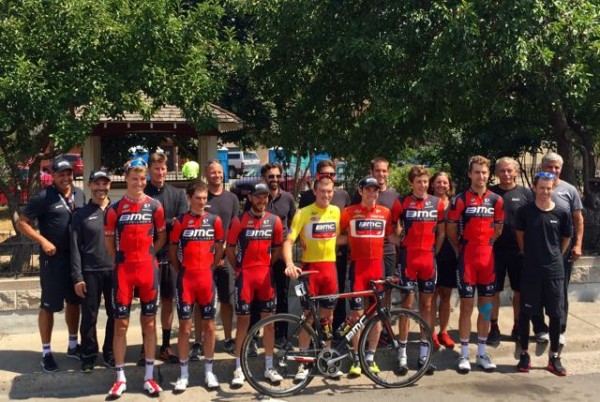 BMC guys before the race taking a photo.