Yesterday we rode over to the start of the Pro Challenge stage in Copper Mountain to meet up with my friend George McDiarmid and to see Trudi before she headed off to Aspen.  I rode over Loveland Pass the day before, down to Georgetown and then back to the finish at A Basin, but didn’t get there before the finish.

I’m more into riding my bike than watching the race, which I’m okay with.  With electronic media, it is so easy to see the important parts of the race, after the fact, and just enjoy the mountains.

I have noticed that there aren’t a lot of young people following this race.  Most the people I passed, climbing to to the finish at Arapaho Basin or even riding up to Copper yesterday seemed older, like over 60.  I’m not sure why that is?  When the Coor’s Classic was going on in August, to me, it seemed like most of the people following the race were younger guys that aspired to be professional bike racers or younger families of people that just rode.  Here is seems like it is a bunch of retired people that have the time to spectate.  I originally though that it was maybe because school has started many places, but the Coor’s race was the same time and there were tons of young people watching.

I did run into Joseph Schmaltz yesterday and got to talk for a little bit.  He got sick before the race and is just surviving.  I told him that sometimes you can get well faster while racing than while resting, so to stay optimistic.  But, I’ve been there before, trying to stage race sick isn’t all that enjoyable.

I’m feeling weird still from Leadville.  My legs are pretty seized up and my knees hurt a little too. I haven’t gotten any tonic water yet.  George gave me a flushing niacin tablet yesterday, saying it would help with hamstring tightness.   I’ve been riding pretty easy, but medium long, like 3-4 hours.

Today I have a couple meeting over in Breckenridge.  I’ll post about it later.  I’m going to probably drive over there, ride, shower at George’s condo and then change into regular clothes. I can already tell that the day is going to get away from me. 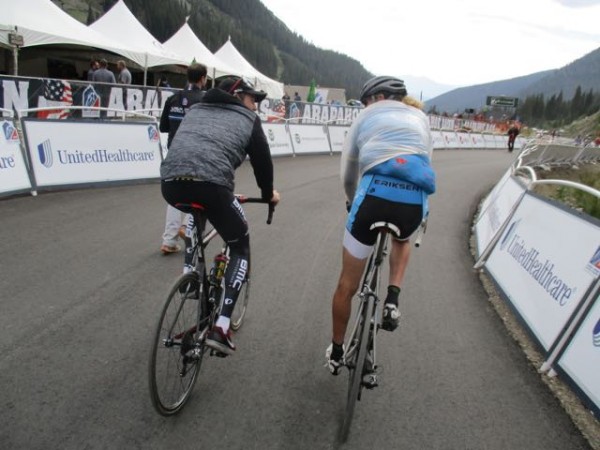 I got to the finish at Arapaho Basin way after the finish. Brent Bookwalter, who had won, was just finishing a press deal. I rode back down to the bus with him, chatting. He is having a pretty stellar end of the season between his Utah and Colorado results. 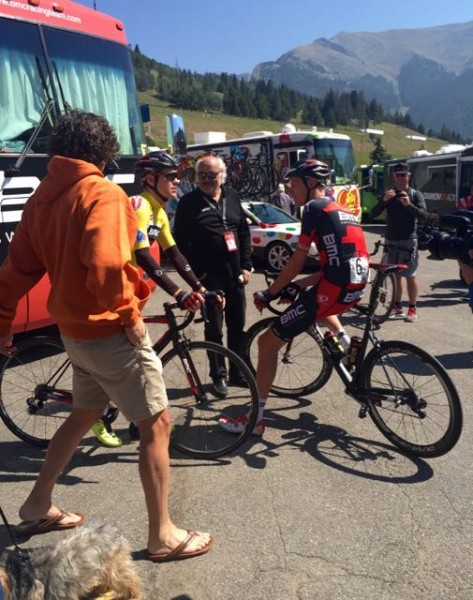 The guy in the middle, next to Brent, is Andy Riis, the owner and sponsor of the BMC team. He is from Switzerland and is a crazy cycling enthusiast. 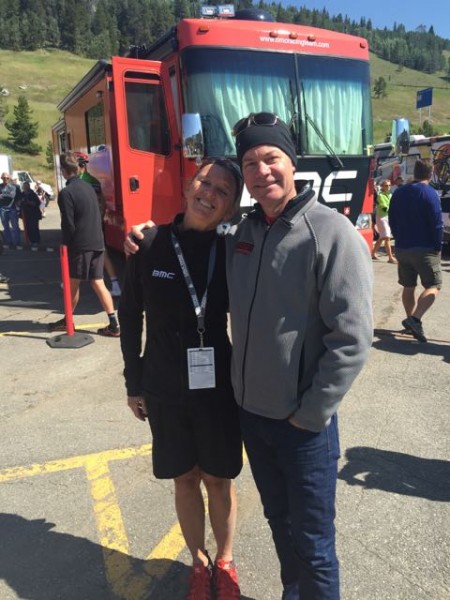 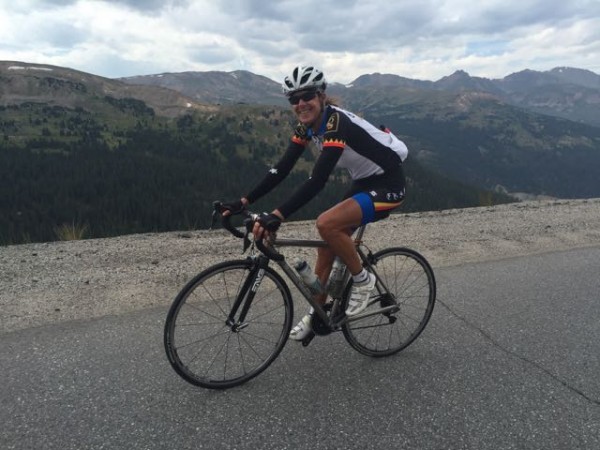 Sue climbing up Loveland Pass a couple days ago.