You know when governing bodies are serious about their drug suspensions when they double the penalty, partially because the accused rider was considered lying.  And specifically lying about where he bought his tainted beef.

This is exactly what the Irish Sports Council did, double Ciaran Kelly’s 2 year penalty to 4 years. They did this because they found his conduct as “deceptive”.

The gist of the story is that Ciaran Kelly, no relation to Sean Kelly, tested positive for Clenbutero, remember, Alberto’s problem drug.  Ciaran had lost 10 kg, which translates to around 22 lbs. He said that , just like Alberto and Michael Rogers, that he ate contaminated meat and that it was unintentional.

But, alas, the Irish Sports Council didn’t believe him and got pissed, so they doubled the sanction to 4 years.  They relied on the testimony of “the butcher”, who said that he never used the packaging that Ciaran produced to show he actually bought the meat since he had no receipt.

So, the Irish Spots Council took it upon themselves to protect the entire beef industry of Ireland by doubling the penalty.   (I wonder what penalty Lance would have gotten in Ireland, decapitation?)  Don’t get me wrong, I’m all for it.  Anyway we can keep these little skinny 98 lb weaklings, that can produce 7 watts/kg of power, out of the sport, I’m all for it.

But, losing 22 lbs., that really is pretty amazing.

Here is a link to the story in the Irish Times. 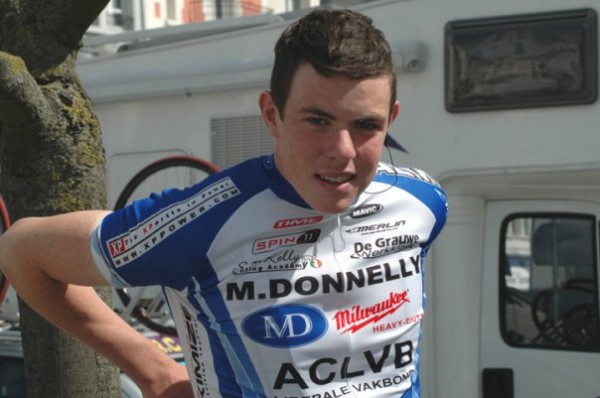 Ciaran , back when he was a chubby  lad.

16 thoughts on “Don’t Screw with the Irish Meat Industry”