I saw an article which Chris Horner is talking about being 44 and that the field at Tour of Utah won’t ride with him, implying they are scared of him.   That doesn’t surprise me much, as it shouldn’t Chris, since he was the one saying that since Tom Danielson isn’t racing, he is the race favorite.  If he thinks he is the favorite, and verbalizes it, then most likely the rest of the field sort of thinks the same way.  He might be talking a little too much again.

Anyway, this isn’t about Chris Horner, other than his age.  I think Chris is implying that he’s old, at least old for racing bikes.  I could tell Chris, by my experience, that at 44, I think I was probably in the best shape for bike racing of my whole career.  Honestly, if I could be feeling at only one age forever, to race bicycles, it would be somewhere in my early 40’s.

I had the knowledge to race efficiently, both on the road and off-road, plus the endurance for longer, harder events, and I hadn’t lost much snap for sprinting.   But, everyone is different.

The first asset, the knowledge is key to being a good all-around cyclist.  It takes a really long time to gather the skill set to be able to handle most conditions.   When I switched over to MTB racing from the road, I’d say it took a good 8-10 years before I felt confident in racing in all conditions.  That is a pretty long time considering.  Same for cyclocross.

Now, being 10 years older, it is a completely different deal.  The knowledge is there, but the physical is more hit or miss.

This morning I started thinking about this because I woke up feeling sort of beat up.  That surprised me, since I just rode an hour and a half around Lake Dillon yesterday on my road bike.  That is the shortest times I’ve spent on my bike in 3 weeks.  I’ve really cut the riding time down the last few days, hoping to be a little more rested.   It seems like I feel better riding, especially up here high in the mountains, when I ride hard the day before.  That is counter intuitive.

Recovery is way less predictable now.   And I believe that aging is the difference here.  I’m not sure taking more rest days is necessarily the answer, but since it is new territory, I probably won’t know the true answer until I can look back and see how it went.

Two years ago I started riding less, by that I mean taking way more complete days off on rest days.  When I did that I felt stale, like I was never attaining any good form.  Then last year, I decided to ride a ton.  I had a couple 100 hour months leading up to Quad Cities at the end of May and I felt like I was riding super good.  Then I broke my hip in a crash and was back to below square one.

So, bigger blocks of training seemed to be paying off.  I’ve been doing that here, trying to ride longer, harder miles.  Riding MTB bikes is always hard.  It is nearly impossible to rest when you are climbing forever with no air.

I’m a little worried that I’m missing the racing.  I’m sort of thinking about going down to Louisville and do a criterium on Sunday.   I could probably use the intensity.   I think hanging out high in the mountains, you end up losing power because you’re muscle aren’t getting enough oxygen so the muscles don’t work that great.

I’ve been wearing a heart rate strap the last few weeks and it surprises me how low my heart rate is.  Check out Christoph Sauser’s Strava recap in the photo below.  Talk about a low heart rate.  That is a crazy fast time and a crazy low heart rate.

Anyway, I can’t say I mind being older and trying to figure out how to negotiate through this process.  It is at least interesting.  And, like I said above, I think it is different for each of us, so what works for one person won’t necessarily work for someone else.

That being said, even though I feel beat, I’m heading over to Leadville again, with Vincent to go ride above 11000 feet. After that we are heading over to Hotchkiss and he is getting his new puppy.  Can’t beat that for a pretty good day. 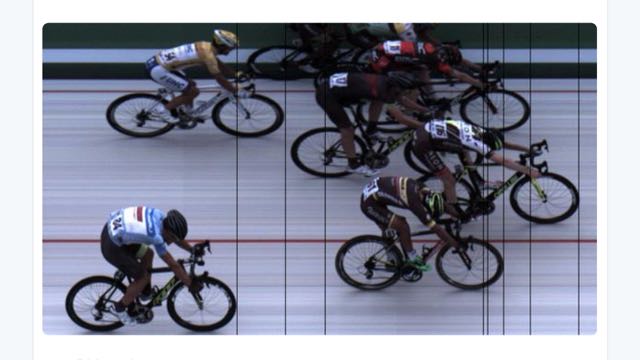 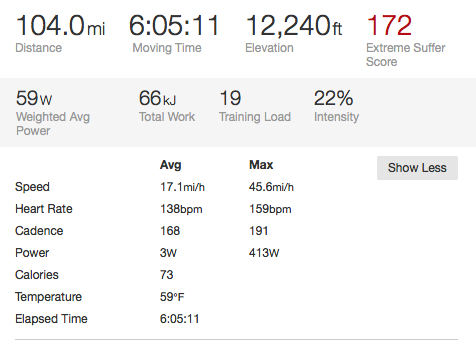 Christoph Sauser’s Strava from 2013 Leadville. Max heartrate of 159 and average of 138? Crazy.

10 thoughts on “Age is sort of Irrelevant?”