Yesterday I spent a long time in my chamois.  I did ride 4 hours, but I was in them a lot longer than that.  I try to avoid that usually, at all costs.

Vincent and I rode off-road for a couple hours, then met Trudi in Golden for sandwiches.  We rode back over North Table Mtn., then I decided that my Q factor on my MTB shoes was way too wide.  I set the shoes up for cyclo-cross and if I move them closer in then the heels hit the chain stays on my cross bike.  But I have a centimeter or so extra on MTB bike.

I brought a new pair of Shimano MTB shoes with me, so I mounted new cleats and moved them in as far as they go.  It was amazing, at least it is so far.  I’ve been having some trouble with my right knee and I went out for another hour-plus, to test of the shoes.  My knee didn’t hurt at all. I’m not sure this is permanently going to fix my knee issue, but it gives me hope.

I did 6000 feet of climbing in 45 miles.  And most of that was pretty steep, granny gear stuff.  I’m sort of surprised I don’t feel worse riding here.  The altitude hasn’t seemed to bother me that much.  I think that is because it was so frickin’ hot back in Kansas that the heat was much more painful than the lack of air.  Plus I’ve been staying below 7000 feet for the most part.

Heat and altitude are very similar when you are untrained for them.  At least the symptoms of not being acclimated are.  I tend to pant from my upper diaphragm and can’t produce much power.  I don’t get used to altitude that easily.  It takes me about a month to be able to race at my best at altitude.  I finished 12th at the first Mountain Bike World Champhionships in Vail, but I’d been racing at altitude for nearly a month that time.  This is where I come up with the number.  I’m way better after a couple weeks, but the next two weeks is important too.  I’d like to find a low altitude race to do sometime in the 2nd two weeks to attend.  It is hard pushing the pedals hard when there is little air.

I’m heading up to Steamboat Springs later this morning for the Tour de Steamboat.  I have to drop Trudi off, to head to the airport, first.  It’s not too late to register for the drawing of the Kent Eriksen bicycle.  I think they pick the lucky winner tomorrow after the ride.  Here is a link to the drawing.

VIncent is trying to get a new cartridge for his Lefty shock fork.  His is leaking oil.  It is less than 2 months old.  That seems wrong.  You need a special tool to pull the cartridge out, so hopefully they have that tool at the shop in Golden that seem to have the replacement part.

Vincent, and my team mate Brian Jensen, are racing the Breck 100 tomorrow.  There are 3 choices of distances.  They are both doing the 68 mile distance.  The winner’s time was over 6 hours last year.  That is pretty slow.  Must be a pretty hard course.  I wonder who long it took to do the full 100?

I haven’t ridden my road bike since I got here on Tuesday.  It is funny how you really need to record your training in hours and not look at the miles.  Like yesterday, 45 miles, but over 4 hours.  That would normally be over 80 miles.   I have nearly 8000 miles for the year, but it took 460 hours.  MTB riding really kills the distance.  VIncent gave me a heart rate strap to use with my Garmin.  I wore it yesterday.  I plan to wear it tomorrow too.  I got interesting in this by reading about the Chris Froome’s leaked data for the 2013 Tour, video below with his numbers. His max heart rate was 160 when he was attacking on the Ventoux.  That is amazingly low. Especially considering the crazy wattage he was producing.  If you ride with a powermeter, the numbers on the video below will really depress you and, for sure, astonish you.

Okay, the day is getting away. 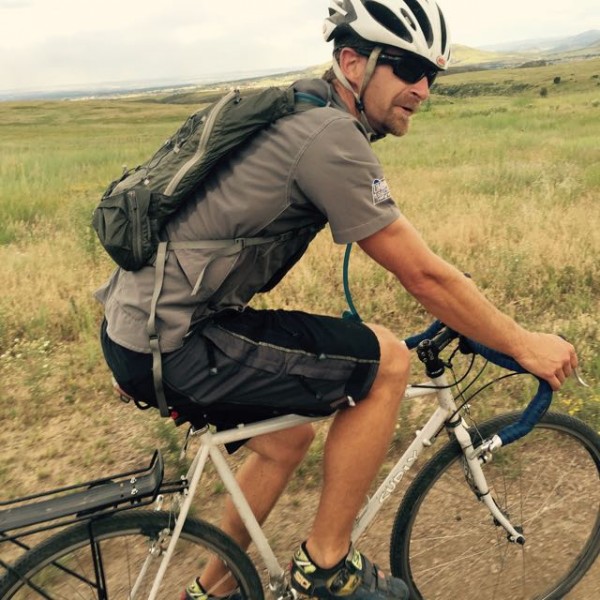 This was a little depressing for me. I was climbing North Table Mesa yesterday, which is a singletrack climb and this guy followed me most of the way to the top on a cross bike. 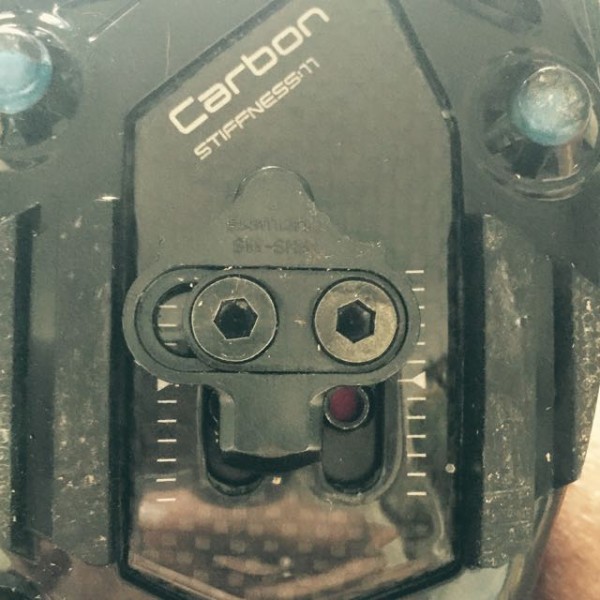 Moved my cleat all the way over so my shoe is as close to the cranks as possible. 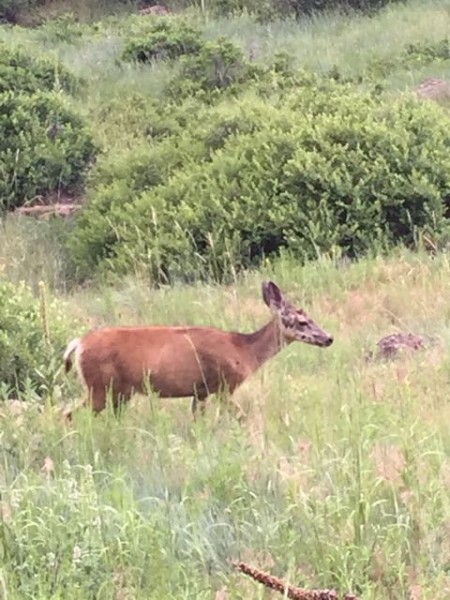 I saw this guy on North Table. I could hear lots of coyotes while climbing. 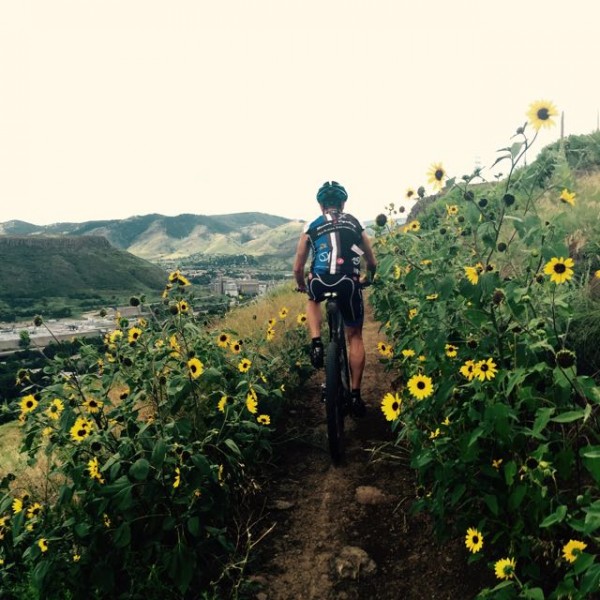 VIncent climbing up through the sunflowers. Sunflowers don’t give much when you are descending. They can nearly rip you off your bike. 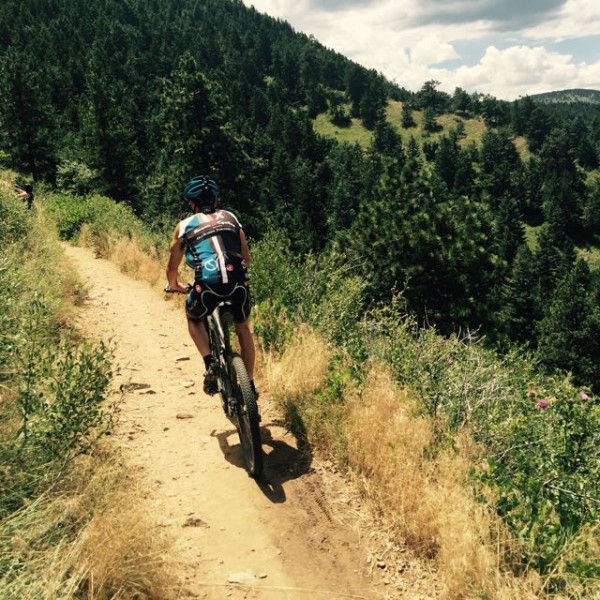 15 thoughts on “Heading to Steamboat”