I first raced the Stillwater criterium back in 1978 when I was a junior.  I was heading up to the the Tour de l’Abitibi, in Canada, and hit this race on the way up.  I rode off the front with Jeff Bradley, who was junior National Champion at the time.

Flash forward a few decades and Dave LaPorte calls me and asks about including the Stillwater criterium in his stage race.  I tell him it is a great idea.  That it could be a deciding factor in an already hard race.  And so, he included the race and it has been the final stage ever since.

This was the last race of the amateur omnium that I was doing.  I was looking forward to the race, since it is hard, thus selective.

The race was surprising to me.  I thought I was going to be better than I was.  I felt pretty good before the race and had pretty good motivation.

The race goes from the St. Croix River, up a steep climb, then levels out a little and has a final kicker towards the top.  Then a sort of free fall back down into town and repeat.  It is hard.  The race is only 14 laps for us.  They rode 24 in the stage race.  Both are plenty long.

Anyway, the race starts and I am surprised that I don’t feel good at all.  Like bad.  I was breathing bad and couldn’t accelerate at all up the hill.  For the first 5 or 6 laps I was floundering.

I sort of personally caused the split of two guys off the front.  I was third going through the final corner, which is fast and tight, when I hit a bump and my chain bounced off to the outside.  I heard it, glanced down and nearly crashed into the curb at 35 mph.  I kind of banked off the curb, then had to shift and pedaled to get my chain back on, but by then Colin Catlin and Jameson Ribbens were gone up the climb.  I didn’t have anything in me to chase them and they soon disappeared.

So, I was stuck racing around for 3rd.  I was having an asthma deal or something, with stuff dripping down the back of my throat.  But,  I started feeling better eventually.  After about 10 laps I was pretty good.  As good as I’d hoped to be from the start.  RIding the hill was getting easier and I had air at the top.

So, I tried a couple little moves from my group of 6.  I split off the front a couple times, then with 3 laps to go, I could see Colin ahead.  I knew I had to finish one place behind him to be ahead of him in the overall.  He had about 20 seconds and I put in a couple big efforts to catch him, but I always had another rider with me.  I was worried if I went too hard and didn’t catch him, then got beat at the line, I wouldn’t beat him overall.  So, I decided to just wait until the end and sprint for 3rd, which turned out to be a mistake.

I felt good at the end and knew I could ride my big ring up the hill and would most likely put a big gap on the guys I was with then.  And that was the case.  I ended up 3rd, just a few seconds behind Colin, who rode great all weekend.  That kid is going to be a good bike racer.

Anyway, I was happy how the race went finally.  I was going good at the end and could have ridden that pace for a few more laps.

Anyway, I ended up losing the overall by 1 point.  I didn’t realize that Laszlo Alberti was still in the race.  I hadn’t seen him at all, but he kept going around and finished 13th.  It didn’t really matter.  I wasn’t there for any results.  I came to train, which I did.  Sunday’s race was the best training I could imagine.  Super hard repeated efforts.  I’m feeling better riding, I just don’t have a jump.  I need to work on that.

I’m heading to the Apple Store to get a new screen on my phone today, then heading up to Cable to ride for a few days.  The Chequamegon 100 mile singletrack race was last Saturday.  I’d like to see how that turned out.  When I talked to Dennis, it was raining Saturday morning.

I’m planning on doing the Lutsen 99’r next Saturday.   Along with Brian and Matt, plus a few other guys.  I need to get on my MTB and mess with it some.  Brian just finished 5th in the Bailey Hundo last weekend in Colorado.  Hope he recovers in time for the race in Lutzen.  I’m planning on him pulling me around for a few hours. 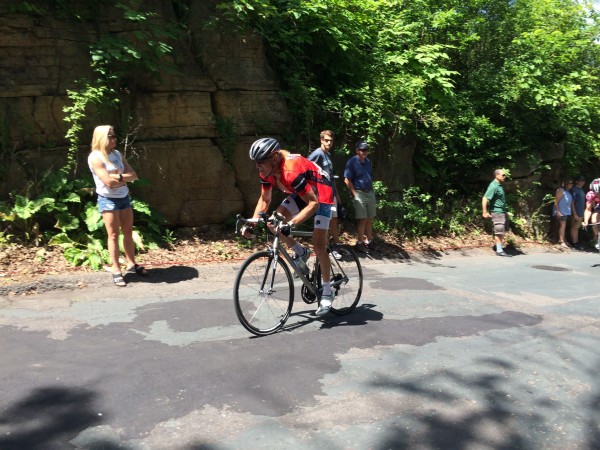 “Sprinting” the final time. Notice I’m in my big ring. That was the key. 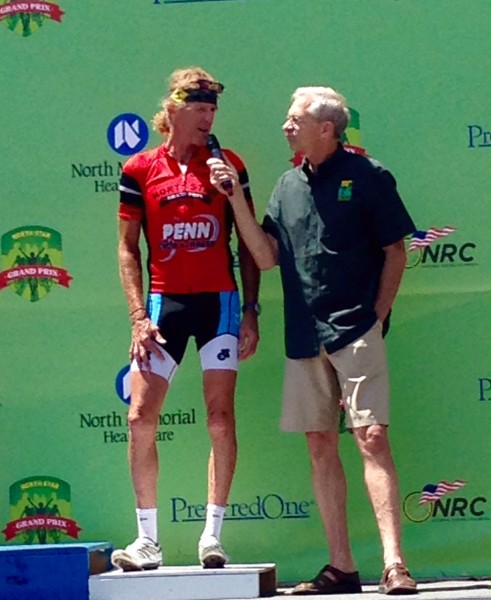 Interview after with John Beckman. 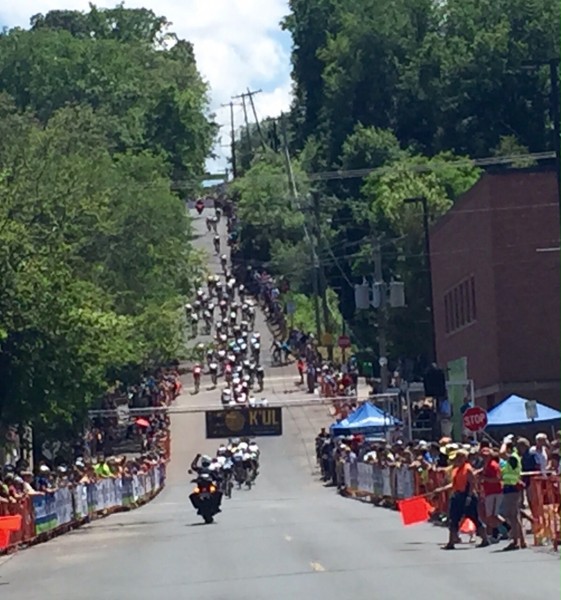 The climb from the final corner. It keeps going up from there. 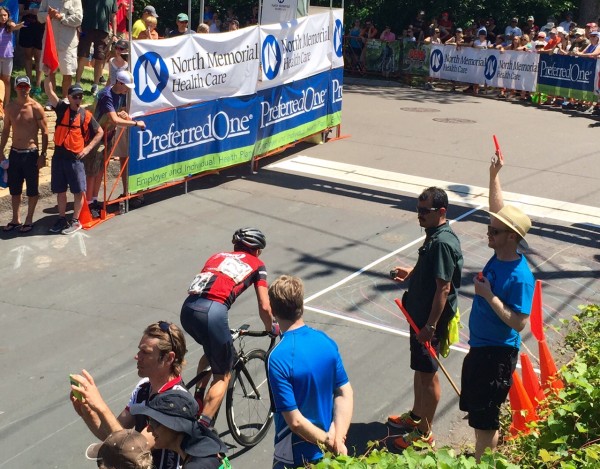 Joseph Schmalz had a super weekend, winning the road race in Menomonie on Saturday, then riding off the front some in Stillwater. 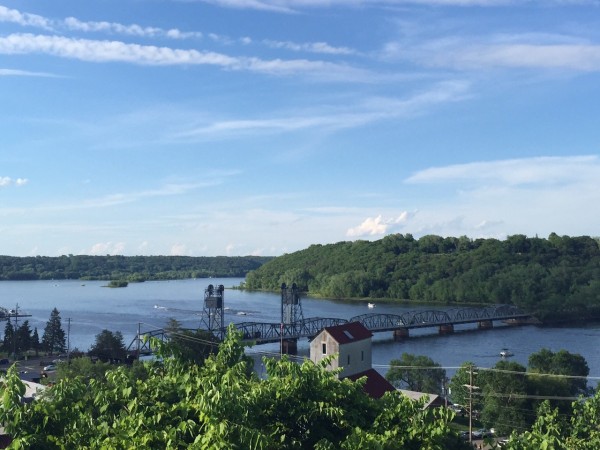 Stillwater from up on the hill. 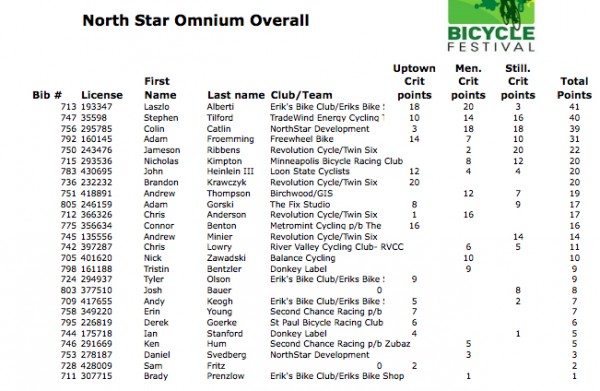 Overall results. TIght at the top.