Normally I’m pretty good at handling mental stress.  I used to pride myself on that.  It seems as I age, I have little chinks in my mental armor .  That was the case yesterday.

Yesterday was mentally and physically exhausting.   It was an all day affair.

It started great.  I met up with a group of guys from Louisville Kentucky, that were making their way out to Road Nationals in Lake Tahoe.  It looked like it was going to be a rain out, but the rain dissipated and we got in 30 miles.  It was fun showing them around.

But, I didn’t have any time to even hang, because the memorial for my friend, Glenda Taylor was happening in the afternoon.

I was asked to speak at the memorial, as a representative of her cycling friends.  It stressed me out pretty much, not feeling I could put into words what I felt about her.  Especially in front of all my friends and 100’s of people I didn’t know.

I did the best I could.  The memorial was held in Lee area, where Washburn plays basketball. The stands were filled, which didn’t surprise me.  Maybe people were very fond of Glenda.

People drove, and flew in from all over the country.  Sydney Brown, from Nebraska, drove down with her mom.   I hadn’t seen her in a long time.  I didn’t realize, since I have been hurt and not racing locally, that she hadn’t been racing much at all either.  I realized I missed seeing her.  It is strange how people’s deaths are a gathering of friends that wouldn’t normally gather.  It is sad in some way.

Anyway, I gave my talk.  Towards the end, I broke up a little.  I knew that it was coming.  I couldn’t get through the last line while practicing, so I knew that it was a given it wasn’t going to come out live.  I didn’t care.  I was sad.

Then some of the out-of-town people came over to our house and had some snacks and drank. We had an hour before a private ceremony for closer friends and family at the funeral home.  I was dreading this more than the speech at the University.

But, it turned out fine.  It was pretty low-key, with Glenda’s parents and family just hanging out, chatting and thanking people for being Glenda’s friends.   I talked to her mother for quite a while.  She is farm wife from Chapman Kansas.  Pretty no-nonsense, really quick-witted.  She said that she was so sorry for my loss.  Incredible.  She had just lost a daughter and was being sympathetic to my feeling.   An amazing woman.  A sturdy mother.  Glenda was lucky.

Anyway, then at 8, the last cyclists left standing, went to a restaurant and had dinner and talked some more.  It was super nice catching up with old friends, people who didn’t race anymore, that had children or were pursuing other things in life.

I found it a little funny how I could tell that each and every one of my friends that had quit racing and were doing other things, still had that itch, the  – I could still be doing that look.  Not one of them said, I’m done with that sport and have no desire to ride anymore.  Life just got too crowed and cycling takes up an enormous amount of time, so it is pretty clear that it has to get put on the back burner sometimes.  It was nice to see that it is still simmering back there though.

I woke up way late last night, or early this morning with a splitting headache.  And I still have it. I didn’t drink that much, maybe 2 or 3 glasses of wine total all day.  But, I haven’t been drinking at all the past few weeks, so maybe that contributed.

Emotional stress does exactly the opposite.  It defuses your thoughts and makes it nearly impossible to focus.  I don’t meet emotional stress that often.  Close to never.  I’m glad that is the case.

I’m not sure what I’m doing now.  Tulsa Tough is calling, but it looks like it is going to be raining there tonight at 8, when the Pro race is.  I have no business racing a night-time criterium in the rain tonight.  Normally I thrive on races like that, but intellectually, and emotional, now, I’m going to be avoiding those races for a while.

It is supposed to rain again tomorrow in Tulsa too, for Crybaby Hill.  I would do that race in the rain.  There is only one tight corner on the course and it is a off-camber right, at the bottom of the hill.  My right hip is good and is probably feeling a little neglected after all the attention my left hip has gotten the last year or so.

Anyway, I think I’m going to go out of a ride and try to rid myself of this crazy headache and then decide what I’m doing for the rest of the day/weekend.  My mind is kind of meddled right now. 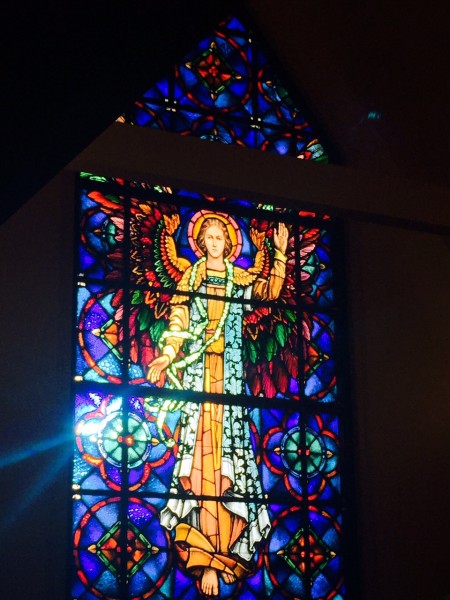 I’m not too into religion, but I have to say, I love some of the architecture and stained glass. 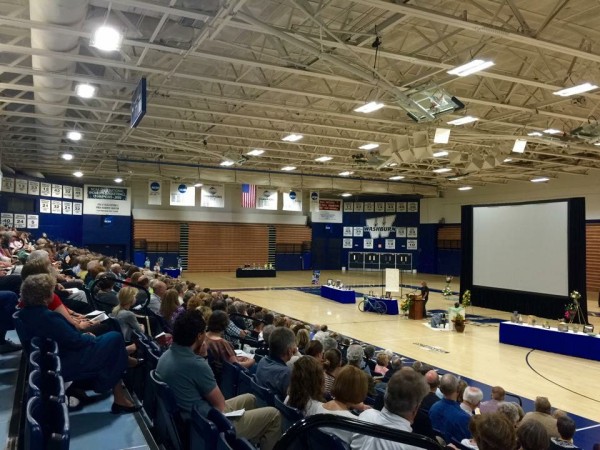 There was a huge turnout yesterday for Glenda’s memorial. I’m the little dinky guy standing in the middle. 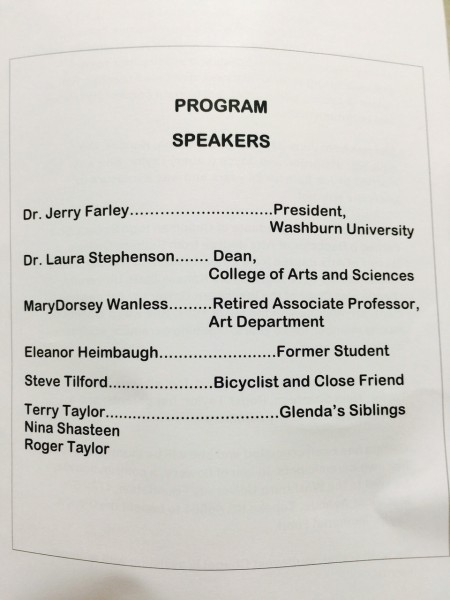 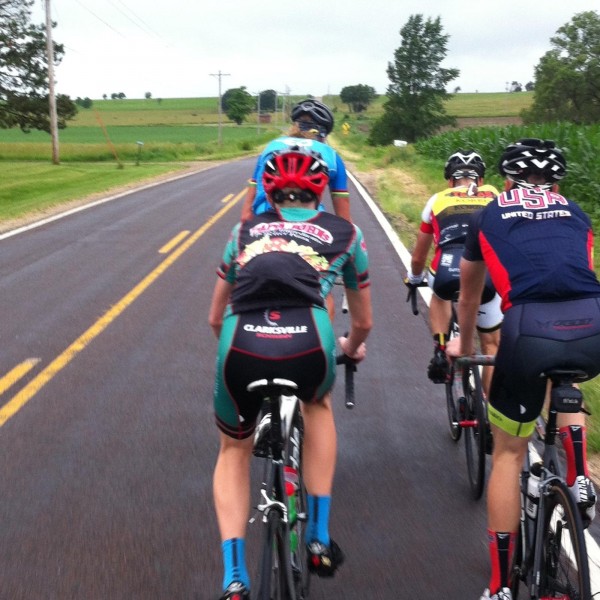 My Louisville riding group. Nice guys. I wish them the best at road Natz. 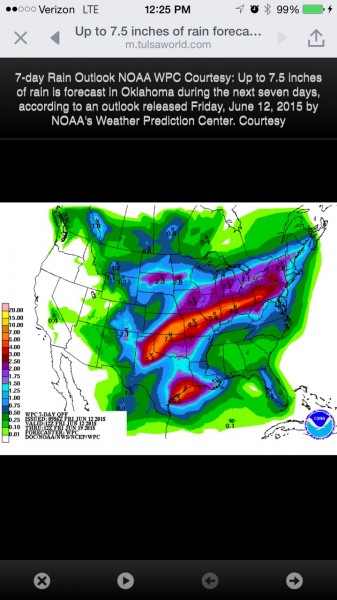 Tulsa’s weather for the next week.