Yesterday we got out of Topeka a little later than I was hoping, but still made it out to Coloroado in pretty good time.  We hit a little traffic in Denver, then again by Idaho Springs, but still got up to Silverthorne by 5.

I convinced Vincent to ride over to Vail with me, even though he already had 50 miles, partially in the rain, which is sort of normal for Colorado afternoons.

So, we got dressed really quick and headed out for the 2 hour ride over Vail Pass to Vail.  It was a super ride.

I was surprised how I felt.  I really didn’t notice the altitude much, which is really abnormal for me.  Vincent and I just talked most of the way, even though he put in a pretty big effort on the frontage road along the interstate in Vail.

We got to Vail just in time for dinner.  I’m staying with my friend Stacie from Louisville and they, Lisa, VIncent’s wife and Stacie made a super dinner.  I was thinking how perfect the timing was.

Anyway, waking up in the snow covered mountains is really nice.  I hope to get some of my allergy issues under control, plus ride my bike in some super cool places.  Vincent is talking about going down to Fruita to ride MTB in a couple days.

I think it is amazing how far you can get away from where you live so quickly.  We didn’t leave Topeka until 9:30 and were riding by 5.  It isn’t very long and it is really a different setting.

I talked to Bill yesterday and he is feeling better.  I think the pain pills are kicking in.  He didn’t sleep much the first night, but was breathing better.  He has an appointment this morning to get the tube taken out of his chest in Kansas City.  I guess I’ll hear what they say about when he can start riding.  I think it will be more the lungs than the ribs dictating that.  I know they are going to be cautious about his lung collapsing again.

Okay, we’re going to a free buffet for breakfast now.  I normally don’t like eating at buffets.  I’m not sure why that is.  I think it started one time I was at Disney in Florida.  These huge people were heaping their plates with 5 times as much food as they should have been eating.  It kind of grossed me out and ever since then, when I go to buffets I’m always just checking out what other people are eating and not just enjoying the meal. 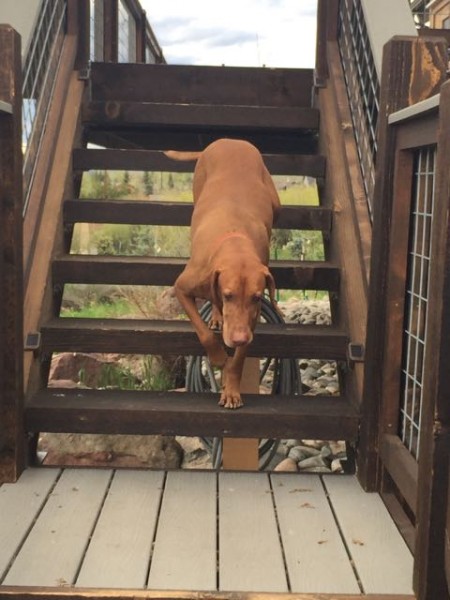 Jack coming down to meet me. I needed some Jack time. 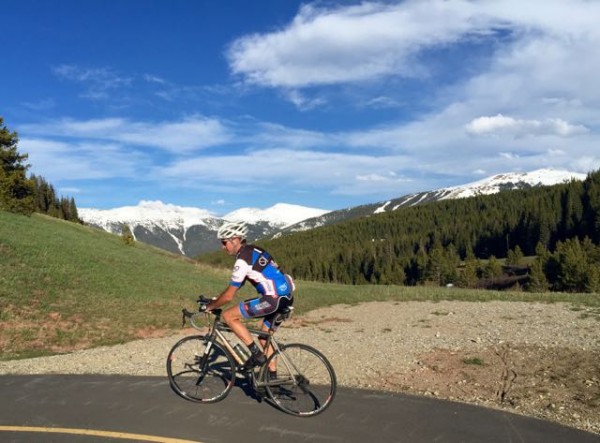 Vincent heading up to Vail Pass. 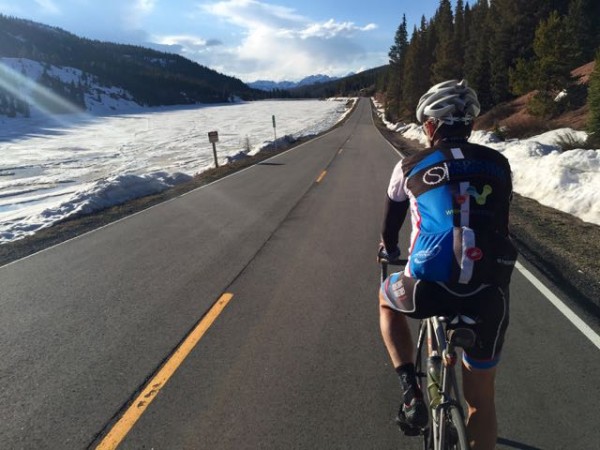 Heading down towards Vail, the lakes are still frozen. 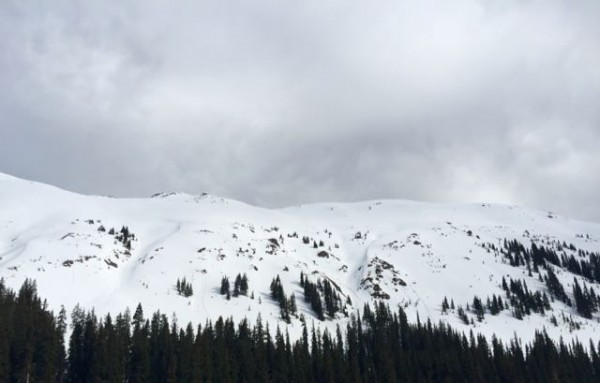 There are tons of snow up in the mountains here. 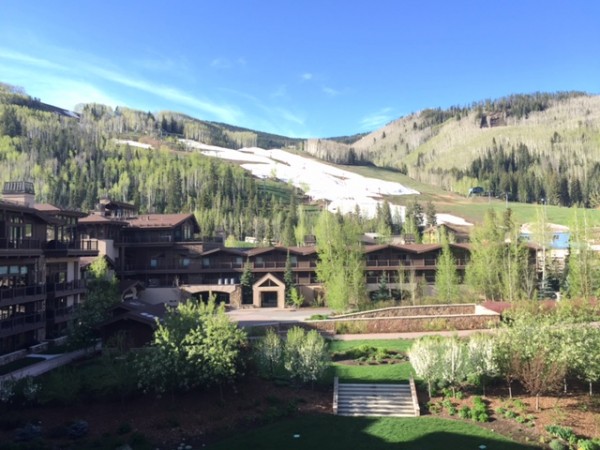 The view from the balconey this morning.

18 thoughts on “Waking up in Vail”