I guess today is Earth Day.  Whatever that means?  I guess it is a way for us humans to try to tell other of our species that we need to pay attention to our environment.   We not really doing a very good job.  Telling each other or with the environment.

The problem is that most of the human population on this planet is in pretty dire straits.   At least compared to what we think is minimum standard of living.  And when humans are in dire straits, then their environment is always going to be in a bad situation.  That is a fact.

I was just returning from walking Bromont and saw two girls in a car smoking.  First the driver, then the passenger, threw their cigarette butts out the window.  Both still smoldering.  I hate it when people do that.  I’m not sure how it became somewhat acceptable for people to do that, but someone needs to tell them it is wrong.  I guess you tell them by giving them citations when they do it.  But, that doesn’t really work.  Most cops have no interest in writing a littering ticket.  It needs to be everyone condoning the problem, not just people thinking it is wrong.

When they are burning the ditches around here, I am amazed how many discarded bottles and cans there are.  Nearly all are associated with beer.  I understand the issue.  It is against the law to have an open container in the automobile, so why not just throw it out the window when your done drinking/breaking the law.

In Iowa they have had a bottle/can deposit for a long time.  I don’t remember whether it is a nickel or a dime.  But it is enough that most people don’t what to throw their empties away.  I think there should be National mandatory bottle deposit.  It is a sad state that we will not throw a bottle out a car window and pollute for a dime, but that is the way we Americans do things.

Anyway, Earth Day.  I think that we’re doing about everything we can currently for temporary enjoyment of this planet.  I really don’t know if it is going to come back and bite us in the ass or not.  One thing for sure, it it does, it is going to be biting us humans harder than we think.

The animals aren’t celebrating Earth Day, it our holiday.  Everyday is Earth Day for them.  We are just screwing those days up. 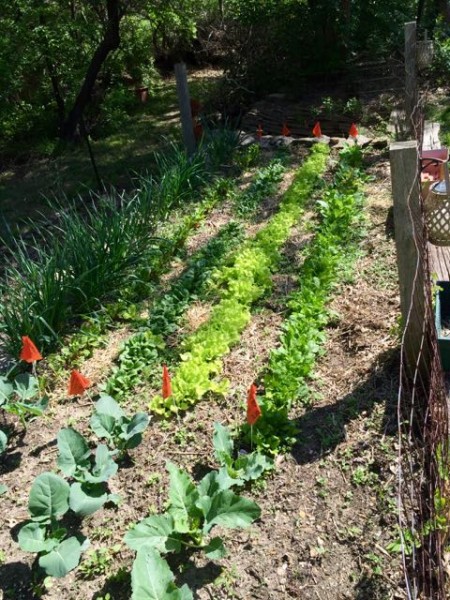 Seems like today is a good day to start eating vegetables out of the garden. 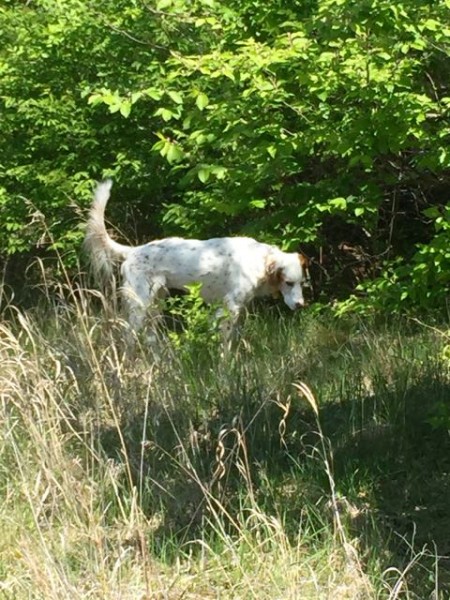 Bromont was wandering around some today.