There are going to be reviews of the CIRC report all over the internet today.  You can go to Cyclingnews, Velonews, and all the other sites to see their take on the report.

My take was that it was a total waste of time and money.  When Brian Cookson said something about it “opening a can of worms”, I think he meant dead worms that can’t be used for anything.  Not one current rider testified?  Is that true?  I think Chris Froome is current, but obviously isn’t up to speed with the current state of the sport.  All CIRC did, was to tell up and coming guys, what they need to do so they can avoid detection in dope tests.

We’ve all heard pretty much everything said in the CIRC report before.  At least it says that doping is prevalent in the sport still, even though “they say” that the benefits from the doping are less.  I question that, but that seems to be the general consensus.

I don’t see how this report did anything at all.  Since there is nothing in the pipeline now, I feel it was actually a step backwards in “the fight against doping”.  I’m not really sure there really is a fight against doping.  I think it is all smoke and mirrors still.

I’ve already moved on.  I have better things to do than mulling over 200 pages of nothing.

Bromont isn’t feeling any better after taking antibiotics for 4 days.  He really isn’t eating anything and I’m starting to worry instead of being optimistic.   He does have pneumonia.  And he does have cancer.  I hope that the two aren’t connected, but I don’t know.

Catherine came back for the weekend.  Bill and Kris raced the local race at Lake Perry yesterday.  We all rode over to the race, then Catherine and I rode back.

I’m still feeling pretty crummy so it was nice getting in a ride on a warm day.

The problem is that “they” started burning the fields here.  I’ve posted a ton on my hatred of this.  Yesterday, once again, they only seemed to be burning the ditches and fence lines.  That isn’t what the burning is for.  It is just a lazy way to not mow.  It needs to stop.  But, obviously, it isn’t going to stop this year.  It’s not a good time to have a lung issue.

Okay, the weather is supposed to be good here the next week.  Maybe the cold weather is done?  I can only hope.  Since daylight saving time has happened, our evening rides are starting today.  5:30 at our house.  We’ll have a couple hours to ride, so that is enough for the basement, trainer folks.  And for me, the sickie.

I plan to spend most of the day at K-State.  I’m pretty sure Bromont needs to get another chest x-ray  and some more treatment.  He hates it, but I think it is best for now. 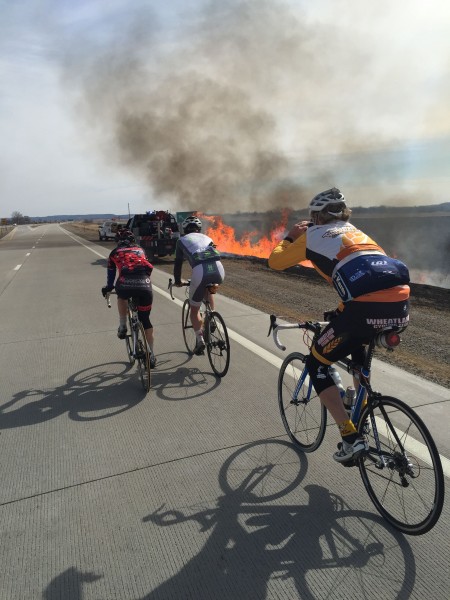 Burning the ditches while riding to the race. 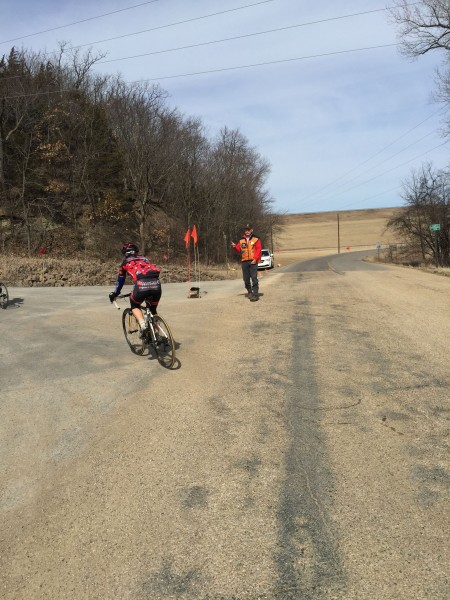 This is Gene Wansing. He has been a super supporter of cycling around here. He has been this corner marshall for the Perry Race for years. Guys like Gene are rare. He is great. 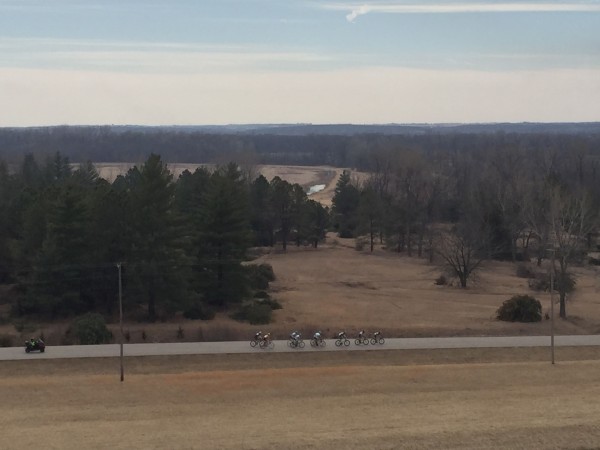 The 1/2 race was super small. I’m not sure why that is. The day before there were nearly 40. Makes the racing very hard. 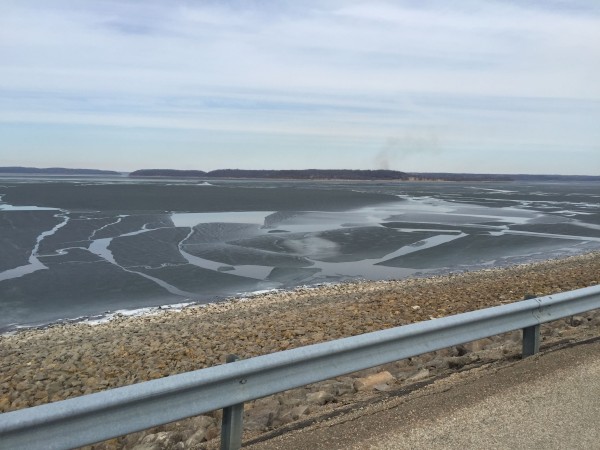 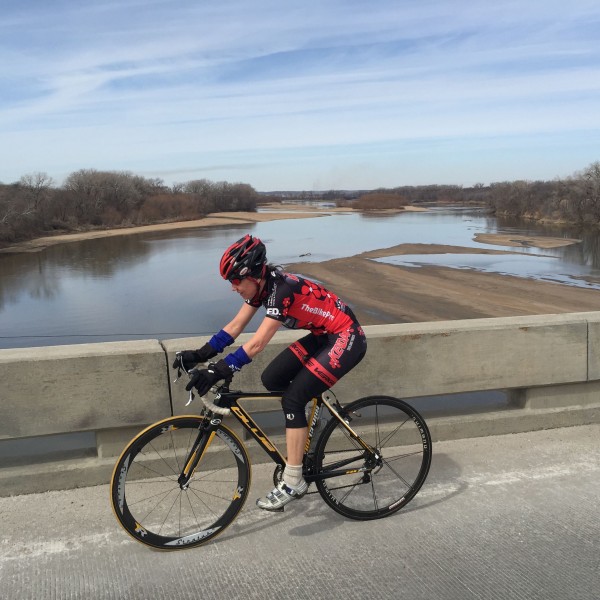 Catherine riding over the Kansas River. It is super low. 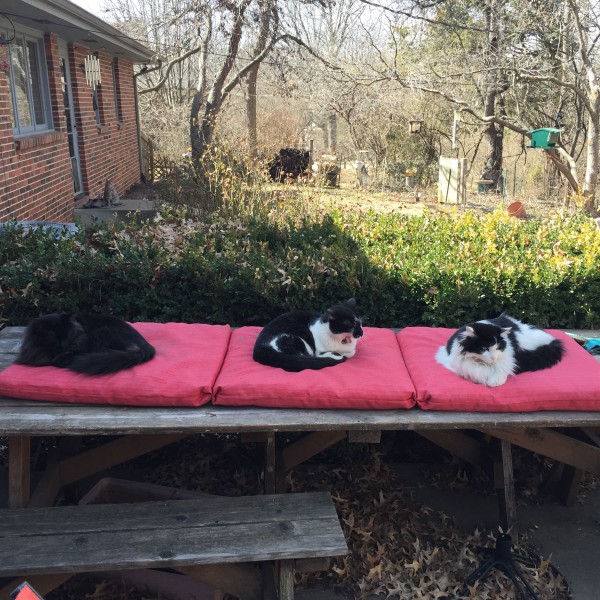 Some of our cats are enjoying the warm weather. 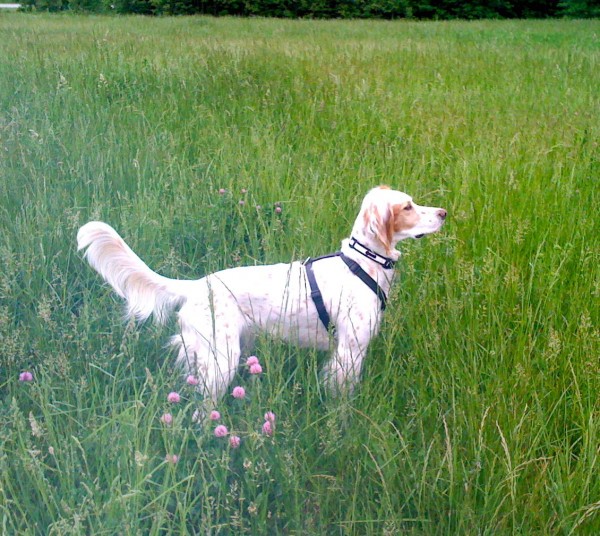 One of my favorite pictures of Bromont.