I wouldn’t have thought that I would be relieved to find out that Bromont has pneumonia.  He got pretty sick a couple days ago, after taking him out to the Flint Hills to run around.  He was breathing very labored and I was worried that something had burst in his lungs.

We took him to our local vet a couple times, once in the evening and then first thing the next morning, but they said we should probably take him back over to K-State.

I got hold of my friend, and Bromont’s friend, Ken Harkin, and he said to bring him right over.  Anyway, Ken did some chest x-rays and it turns out that he has pneumonia and that, hopefully, it is very treatable.

He hasn’t eaten in a couple days and feels pretty crummy.  But, this morning, his eyes looked a little better and his temperature is down a couple degrees.

So, the trip up to the Northwoods is on hold for a little while until he gains his strength back.  Hopefully he has had this lung issue for the past couple weeks and after it clears up, he’ll have some more quality time.

He lost over a kilo in just 3 days.  That is a lot for a 22 kg dog.  I’m hoping he’ll regain his appetite when/if this clears up.  He has to be on antibiotics for a long time.

So, we’re gonna hang out around here with him.  The temperatures are supposed to be in the mid to upper 60’s the next week.  That is good.

I’m still feeling pretty shitty.  My lungs are all congested and I’m just all around run down.  Maybe with some quality sleep I can get over this thing.  It sucks being sick when the weather get nice.

Tonight is a big night for cyclist.  The time change.  And spring is just 13 days away.  Pretty cool.  I’m looking forward to some nice days to hang with Bromont. 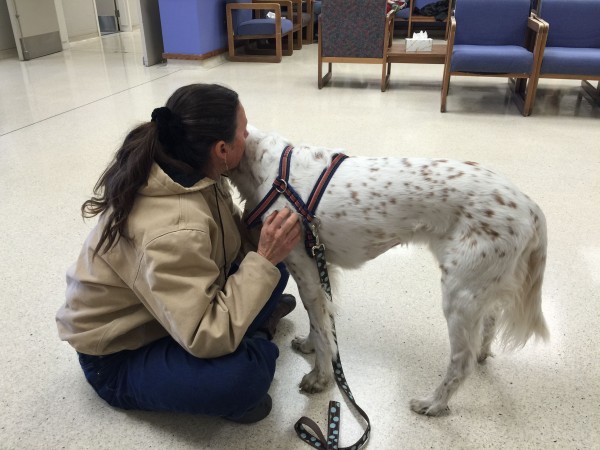 Bromont doesn’t really like the K-State vet school much. 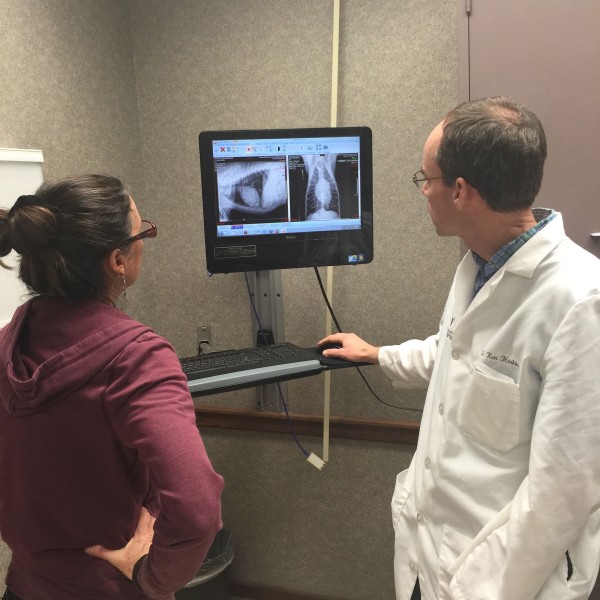 4 thoughts on “Pneumonia for Bromont”