I haven’t had any time to do anything other than ride my MTB bike, work on my MTB bike and get dusty, plus stuck with cactus thorns.   And I can’t see that changing anytime in the next three days.

The “city” at the 24 Hours of Pueblo is crazy and it was still 2 days before the race.  It was pretty windy yesterday and there was a ton of dust blowing around everywhere.  My biggest concern the whole weekend is getting cactus thorns out.  I didn’t touch a cactus yesterday in my 2 1/2 ride, but I was still pulling needles out of my ankles until late last night . Even when you get the needles out, they must leave a residue or something like a locust thorn does, because it still hurts this morning.

The problem is that there are cactus everywhere and dead cactus laying around, so no matter where you stand, you are pretty much standing on cactus.  This isn’t good if you’re going to be taking your shoes on and off a bunch, which I assume is going to be the case riding a 24 hour team race.

I did a moderately hard lap yesterday and rode it in a little under 59 minutes.  That was pretty good considering how windy it was.  I think the fastest laps are around 55 or so.  I can see that in a race situation, with less wind.  I never went race pace and I’m not even sure I have a race pace in me.  Not a race pace for a “normal” couple hour MTB race, but I hope to have the pace for 100 + miles broken up into one hour segments.

Our team is pretty good, but not close to good enough to contend for the win, at least I can’t imagine it.  But, I sort of like that, no pressure and a good way to get the flavor of a 24 hour off-road race without the self-imposed stress involved with competing for the win.

I put on some Continental beefy tires that I think are flat proof.  Vincent says they are.  I’m not sure, but the first lap I rode, they lost a bunch of air and I was riding the last 15 minutes with less than 15 psi in them and I didn’t flat them even though I was bottoming out all the time.  They don’t handle that well, but I’ll get better.

For the second lap, I put in 10-15 more pounds pressure and they rode great, at least compared to being under inflated.  I am slowly getting my skill set back, drifting a little in the corners and staying off the front brake.  That is a hard thing to do, not grab a bunch of front brake when you’re in a panic situation.  It can be a huge downfall most of the time.

Today we’re leaving the trailer out at the course and coming back.  I’m not riding anymore out there until the race tomorrow.  I beat myself up enough yesterday.

The start of the race is a Lemans start, having to run 400 meters up a hill to your bike.  I would love to start the race, but I can’t run yet because of my broken hip deal.  Vincent runs bad too, so I’m a little worried we’re going to be in dust most of the early race, until it splits up.

I’m hoping to get a new iPhone today before the weekend.  My old iPhone 5’s battery sucks and it would be nice to have a charged phone the whole weekend.  We have a generator for the trailer, so we can charge our lights and phones, but I figure I’ll be brain dead most of the time, so I’m pretty sure I will forget charging.

Okay, I’m just rambling and doing my mental check list here, which isn’t interesting to anyone but me.  It’s supposed to be in the upper 70’s and the low in the 50’s, so it should be really enjoyable in that regard.  I’ll try to keep updated here, but like I said above, it might seem like Groundhog Day. 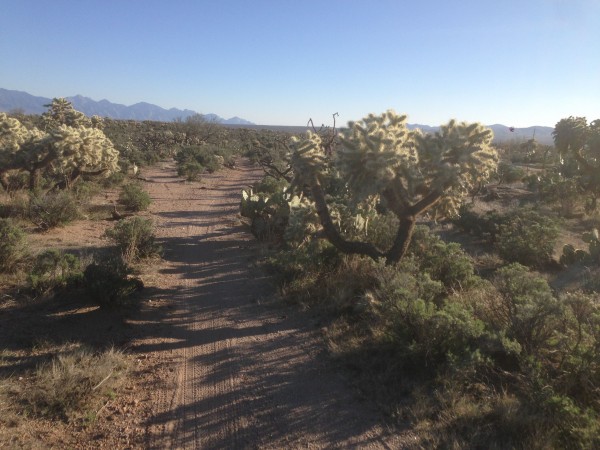 This is pretty representative of what a lot of the course looks like. Lots of cactus hanging over the trail. It flows pretty well, but it’s a little tight for some many people. 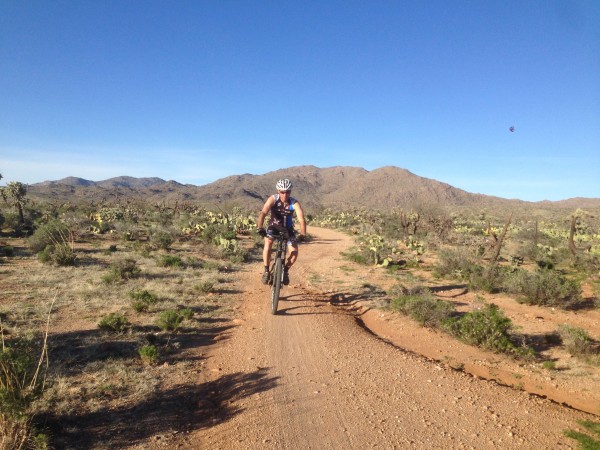 Vincent following me yesterday.  Some of the 16 miles is open, but mostly singletrack.  It might be hard passing easily. 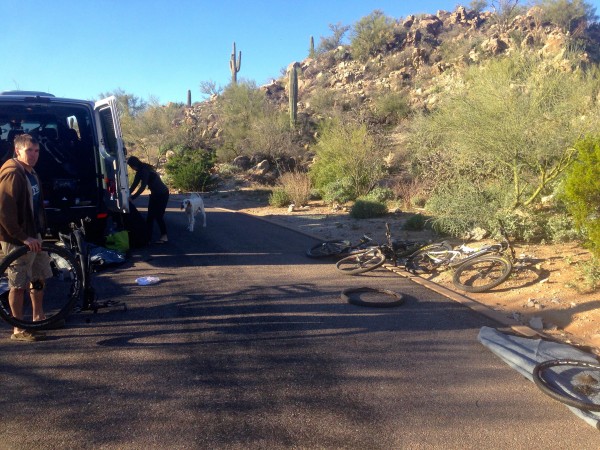 Waking up this morning, it was a yard sale in the street. 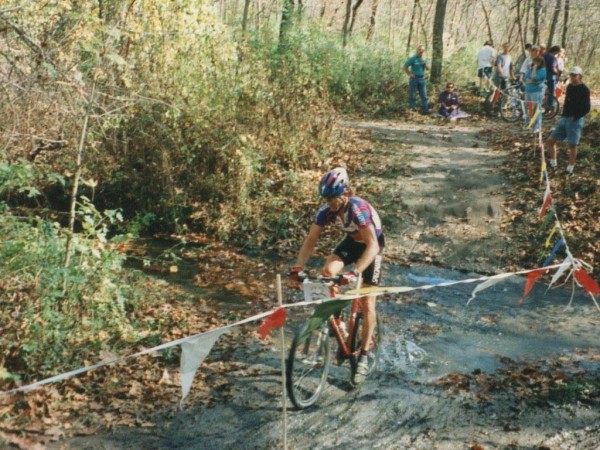 Here’s a old time photo Michael Cleveland put on  Facebook, of me racing locally back in the 90’s. I didn’t realize I missed it so much.  It’s a little different terrain here.

7 thoughts on “Gonna Be the Same for Awhile”