That was a tweet yesterday from a photographer from The Austin Chronicle, Sandy Carlson, after they cancelled/then postponed, the final day of The US Cyclocross National Cyclocross Championships.

It was pretty amazing and unprecedented.  When I first heard yesterday morning, sitting in a hotel in Austin, I thought it was a joke.  After thinking about it for a couple minutes, I realized it was probably true.  It is Austin and cities like this dance to their own music.

I’m not really sure exactly what the real issue is.  I guess the “heritage trees” and putting them at danger.  I wasn’t even sure what a heritage tree was, so I looked it up.

A Heritage Tree means a tree that has a diameter of 24 inches or more, measured four and one-half feet above natural grrade, and is one of the following species:

Then they list 10 different varieties of trees.  They are so important that they have a whole private foundation for it in Austin, of course.   Over the last few years, training in Austin, I’ve noticed the extent construction people go to protect trees, even though the trees are really a long way from the construction.  They fence them off and protect their trunks.  I never understood it.  It is not common anywhere else I’ve been.

First, I’ll state that I don’t think that riding around those trees, exposing their roots or not, will kill any tree in the park.  I’ll admit, that cyclocross does “mess up” a park, especially after a big rain, but that is a short term problem if handled properly after the event.   And a problem that everyone involved in the event, especially the promoters and City of Austins Parks and Rec, must have been very familiar with.

I believe the problem was that a few active residents, from the surrounding area, saw the “damage” the Saturday’s races did to the ground, and started making phone calls.  And obviously, they must have wielded enough power to stop the race, or at least postpone it for a day.  It was a disaster.

We didn’t have a room for another night and Vincent had some stuff he needed to do, so we drove back to Topeka yesterday.  I didn’t argue with him much.  I was tired of just sitting around Austin, in the cold and rain, waiting to watch a race I’d like to be competing in.

Virtually everyone I know that was in Austin from out of town, that was there only to watch the race, left.  Plus, anyone I know that lives in Austin, that works, had no intention of taking the day off to watch the Nationals today.  This isn’t even addressing the extra costs to all the competitors.  Changing flights and extra nights in the hotels, it is amazingly expensive.  That is too bad.  For everyone involved, promoters, fans and riders.

The races are going to happen.  The course was perfect yesterday.  It would have been an epic cyclocross with deserving winners.  I’m not sure what it is going to be like today.   Moving the course away from the trees and dumping a bunch of woodchips on the course is going to change the way the course flows a ton.  It is definitely going to affect the results.  But, someone is going to win each race still, regardless.

I really liked the woman from the Austin’s Park and Rec, Sara Hensley.  I watched the press conference on the internet and she seemed pretty well spoken and genuine.   She said it was a no-win situation and they were trying to make the best of it.

“Some of them are asking for my resignation. This is what happens when you live in a city where everyone wants to give their 2 cents.”   I think that pretty well sums it up. 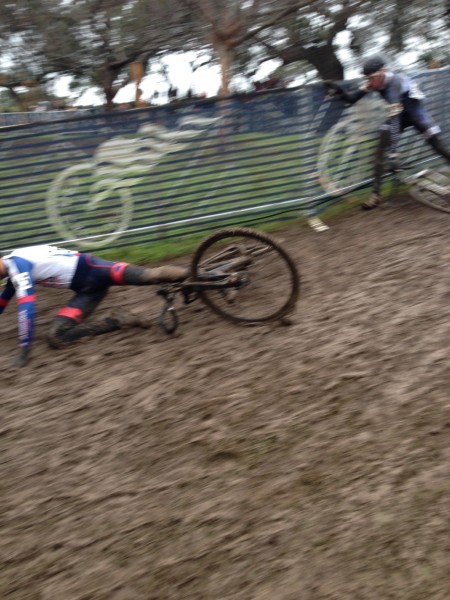 This is a photo from the Collegiate races on Saturday. The course was getting very technical. 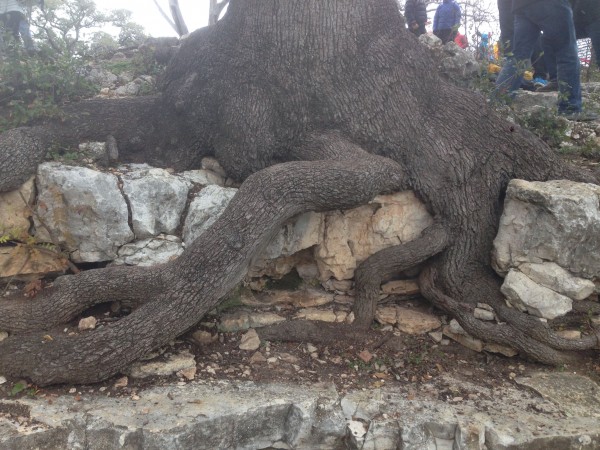 This is a photo I took at the race, about 10 feet from the course. Seems like there are a lot of “exposed” roots here naturally. 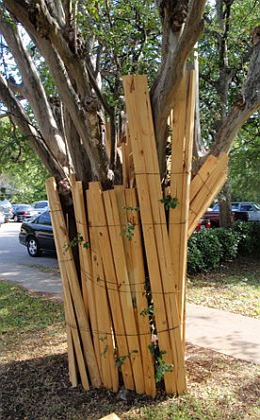 They do this to all the trees when they are doing any sort of construction, not even near the tree. The City of Austin must have a crazy tree protection ordinance. I’m all for protecting trees, but for some reason, it seems like a little overkill. That is sometimes the case in towns like Austin, Boulder etc. Legislate common sense.

30 thoughts on “#cxnats cancelled due to perfect conditions wtf Austin?”