I got a message a couple weeks ago from Eric Marcotte, current US Pro Road Champion, expressing his frustration with not being able to prove that he is riding clean.

He sent me a link to a NBC SPorts article that says he was the most tested athlete, here in the US, of all athletes.  He had 12 drug tests in the third quarter, 4 more than Michael Phelps, the swimmer.

He wanted to know what he could do if the testing isn’t proof he is not doping.  He has a good question, but there isn’t an answer he wants to hear.

I replied to him –

Eric-There is nothing you can do to “prove” that you are racing bicycles clean. This whole situation is just a by-product of the times. And it not only in cycling. You do have to understand that the testing is total bullshit. Lance probably is most to blame for this. He was tested somewhere between 300-500 times and, in theory, was never positive. None of the guys that testified to USADA ever had a positive test, other than Levi, when he was an amateur and Tyler, of course. If I were you I wouldn’t worry about it at all. People on the internet are making accusations about me all the time and I don’t think a thing about it. I know I”m not taking drugs, so why would it bother me. I suggest you just keep doing what you’re doing and let the guys making the accusations just do their thing. It ain’t gonna change.

That was pretty short, but pretty accurate.  There isn’t a way to prove that you’re racing clean.  At least, not that I know of.  All of us, nearly any bike racer that has any results, gets accused of doping.  It’s not anybody’s fault, but we are in a sport that opened that Pandora’s Box.   Our sport opened, or at least exposed ourselves to this by trying to eradicate doping.  We had good intentions,  but in reality, we showed the world that most of the ways we try to police  doping hasn’t really worked.

I personally think that only draconian sanctions will make a dent into the problem.  I don’t think a 4 year ban, that WADA recently enacted, is enough.  It was a good move, but not enough.  Just making it impossible to compete isn’t enough to stop it.  There has to be huge monetary fines.  Because, in reality, most the guys doping, on a professional level, are doing it for the money.  Then the trickle down effect happened, and it spreads to other segments of the sport.

The fines in cycling need to be levied to the riders personally, and the teams.  That way, the teams will pay much closer attention to who they initially hire.

But all this, doesn’t really help guys like Eric much.  Our sport is polluted, still, and it isn’t going to change over night.  He is going to have to try to just to dismiss his frustration and go about his life and career.   Hopefully, the rest will only get better for all of us.

Here are a couple photos from Eric’s Garmin before the World Road Championships a few months ago.  Pretty crazy.  He was obviously ready to race. 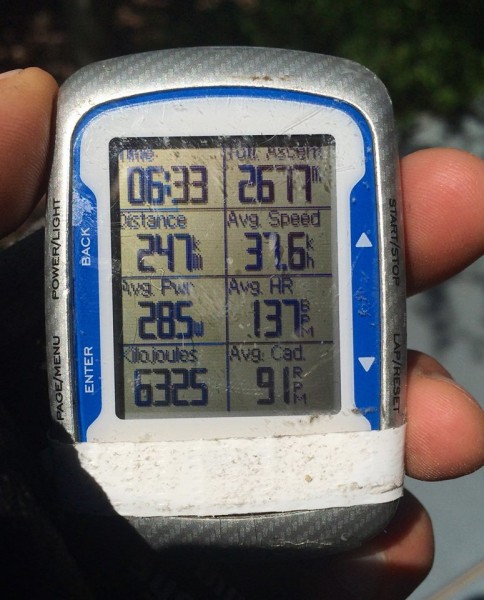 Check out the power here. That is average for 6 and 1/2 hours. 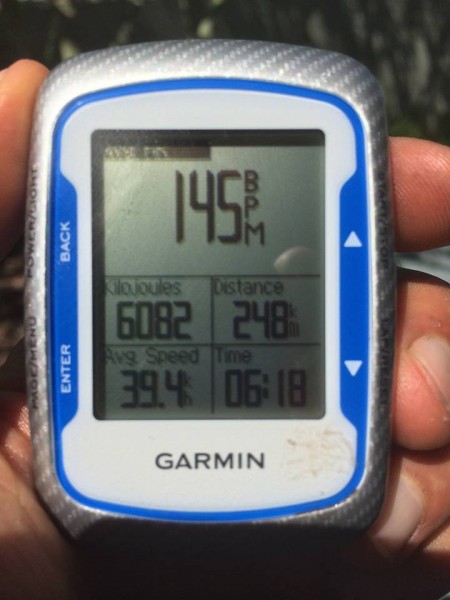 31 thoughts on “How to Prove You are NOT Doping”