I saw an article over at Velonews, then went to The Guardian, citing a German TV documentary that had done investigative reporting on a systematic doping program throughout the sport’s programs in Russia.  They say that maybe 99% of the Russian athletes that competed at the  recent Olympic Games were doping.

99%.  That is a very inclusive number.  Even if this number is off by a factor of 2 or 3, which I very much doubt, it just goes to show that all sports are super polluted and that the whole system is very much broken.  Like catastrophically.

I know, by personal observation, and studies, how much better today’s doping products make an athlete.  So when the Russians don’t sweep the podium in all the sports it shows that they aren’t the only ones using drugs.

And how many positive tests were there?  It is hard to find, but here at Wiki, they show around 15 athletes were caught doping before or during London.  And there were 8 caught in Sochi.  Only one of those 23 were Russian, a discus thrower.

I’ve said it before and now I’ll just restate it again, in complete, utter disgust.   Dope testing is not a viable way to control the use of drugs in athletics.  It doesn’t work and catches only the stupid and unlucky ones.  Very, very few.

But, we knew this already.  That is one thing that the whole Lance thing showed us is that the testing isn’t catching anyone.  Not Levi, or George, Dave, Tommy, Ryder, Christian, Kevin, Lance, not one of them.  So why should it be any different in all sports, including cycling, still.

Lance told me this spring, when he called me, that he “didn’t want to burst my bubble, but all great cyclists doped”.  Merckx, Hinault, even Andy Hampsten.  I told him that I didn’t have any personal knowledge of most of those guys, but very much doubted that Andy took anything to race bicycles.   I don’t doubt that most cyclists took drugs, historically, but the drugs only got out of control since he had been competing on a Professional level.    It got to the point of where you were not even close to be competitive if you didn’t participate in doping.

Now this.  In cycling, all the riders are trying to convince the public that the sport is so clean.  But, 99% of the Russian athletes, which I assume includes all the Russian cyclists, are on a doping program.  And the Russian guys aren’t smearing all the other professionals cyclists, so it doesn’t take a brain surgeon to realize that cycling still has big issues.

After hearing of this, former WADA president Dick Pound said. “Somebody’s got to come up with an answer.  If something of this nature is being organized in any country, it’s a very serious problem for the credibility of international sport and the credibility of anti-doping efforts.”  Yeah, sports have a credibility problem.

It is really all a shell game, with us, the athletic community, riders and fans holding the empty shell. 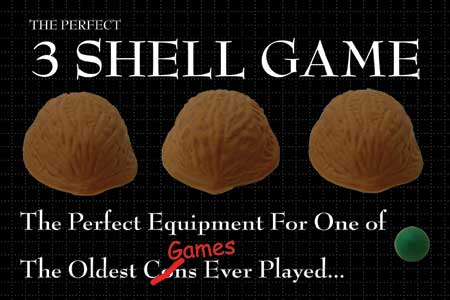 51 thoughts on “Drug/Dope Testing is a Joke in Sport”