I read a Velonews article last Friday reporting that Lars Van Der Haar couldn’t race the World Cup in Koksijde, Belgium because he still had a fever and that his “doctor” wouldn’t clear him to race.  Then he went on to say maybe he would be okay to race the Super Prestige Race, SP Spa-Francorchamps, on Sunday.  That struck me as screwy.

I’ve personally never been sick enough to skip a race Saturday, especially race like a World Cup Cyclocross, a series Lars is leading, and say I hopefully can race the next day on Sunday.  I assume if I’m too sick to race on Saturday, I would be too sick, or maybe just too weak, to be competitive on Sunday.

So, I was really interested in seeing how Lars did on Sunday.  And really, not to my surprise, he nearly won the race.  Without a last 1/2 lap crash, he looked like he was going to win the race, but he fell and Kevin Pauwels went on to win the race by 15 seconds.

I love cyclocross.  I’ve competed in the sport for decades, way before it was “cool”.  I raced a season in Switzerland, back in the 80’s, when Switzerland was the current Belgium of the sport.  I like to watch the races on the internet better than any other discipline of cycling.   And it is better live.

There were a total of 10 finishers in the Belgium Professional National Championships, with 4 DNF’s.  That was 14 guys on the start line.  It ain’t very big.

I wonder if Lars doesn’t think that his actions would be viewed as unusual to others.  Maybe he is one of those guys that recovers incredibly well from illness and that is his experience.  I have no idea when he was good enough to win on Sunday, he wouldn’t start the World Cup the day before to protect his World Cup lead.  Here is a link to watch the sick guy ride and run around in the mud.

Just last month, a doctor in Belgium was charged for treating the blood of a lot (19) of cyclists.  The article goes on to say “the majority famous and semi-famous road and cyclocross riders”.  I  don’t know what percentage of the 19 riders will be cyclocross riders, but even if it’s only 30%, then that is about 1/2 of the starters of the Belgium Nationals last year.

Let’s not try to emulate European cross.  We’re doing okay here, having it be a participatory sport.  It is regionally healthy in many places and a blast to do, and a blast to watch.  When it becomes a job is when it starts bringing out the riff-raff.  Let’s leave them to their own little circus. 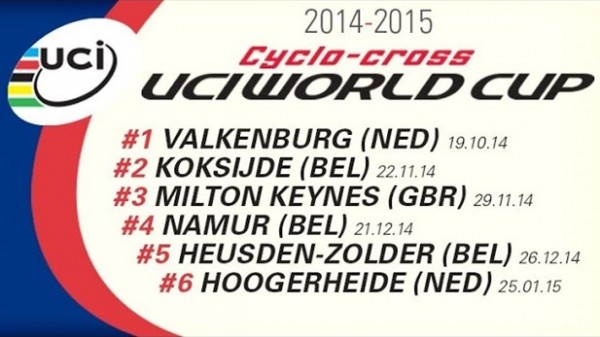