Big reality check for most of the country today, huh?  I thought I was cold in Seattle, but that is nothing compared to Colorado or Kansas or Wisconsin or most of the rest of the United States right now.

It was 60 something degrees in Denver yesterday morning and then the temperatures plummeted.   And it started snowing.   Denver was a total gridlock driving.  It was icy and snowy.  It didn’t snow that much, but enough.

The high today is supposed to be 19 degrees and then tomorrow a high of 10.  10 is pretty cold for a high the 2nd week of November, even for Denver I think.

Trudi drove from seeing her mom in Chicago up to Cable for a couple days.  She’s in the Honda InSight.  That isn’t a car for the snow.  And it is in the snow now.

I talked to her last night and our friend Pete Caron, Matt’s brother, had nordic skied over on the road to say hi.  It had already snowed over 10 inches and is supposed to snow another 8 inches today.  That car won’t be moving anytime soon in close to 20 inches of snow.

I sort of missed summer this year.  Being hurt and not anywhere really warm.  I’m not ready for winter.  I don’t think my hip and winter go very good together right now.  My hip doesn’t like the cold, or more accurately, the change of temperatures.  Plus, any super quick, non expected movement is really bad for both my hip and my shoulder.  That pretty much rules out cyclocross, which would normally take up a big chunk of the winter.

I’ve got a lot of projects that I’d like to get done before “the season” starts next year, but some of those projects take a ton of physical efforts, which I might or might not be able to do just now.  So, I guess I’ll just have to play it by ear.

Anyway, it is time to get out the winter cycling clothes, none of which I have with me right now.  I really don’t have any winter stuff.  Especially for a high temperature of 10.

I’m going to do a few projects around Vincent’s, probably build a new shower, at least the shower pan, and a few other things that I can do just a lot faster, and better than Vincent, then head back to Kansas.

Brian has a gravel road century planned for this weekend.  I’m not even looking at the weather forecast for that.  I assume I’ll be back in Topeka by then, but you never know. 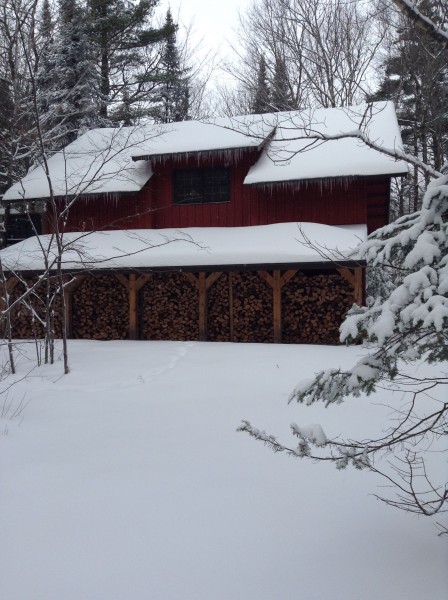 Winter has truly started up in Cable Wisconsin. 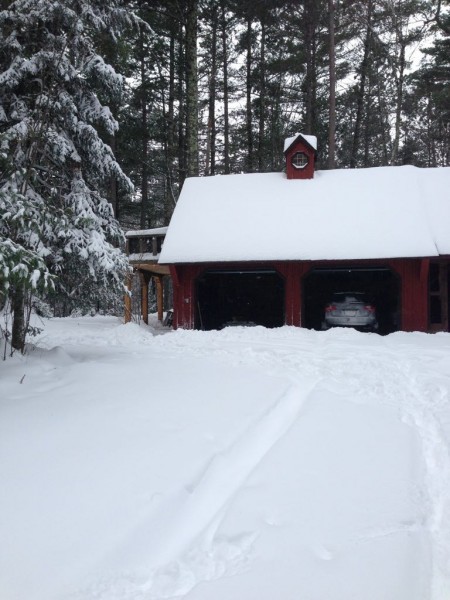 And it’s still snowing there. 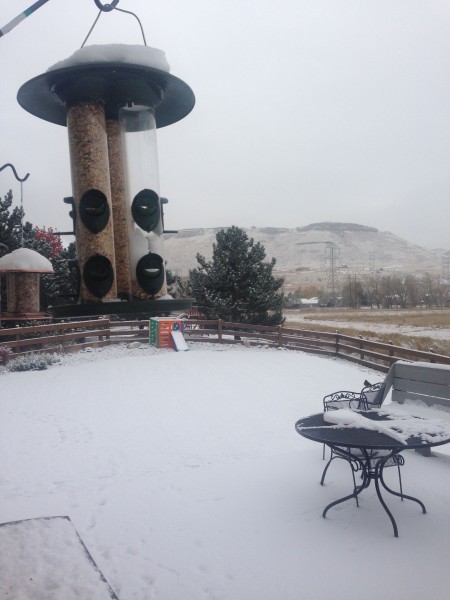 Arvada has nothing compared. 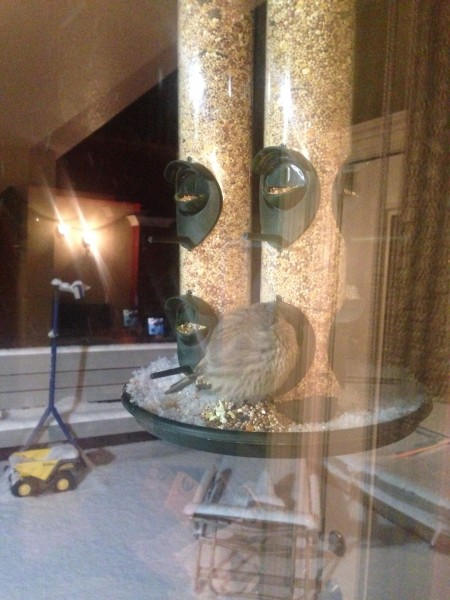 This little bird was sleeping on the feeder last night. It was so cute. He was so fluffy. 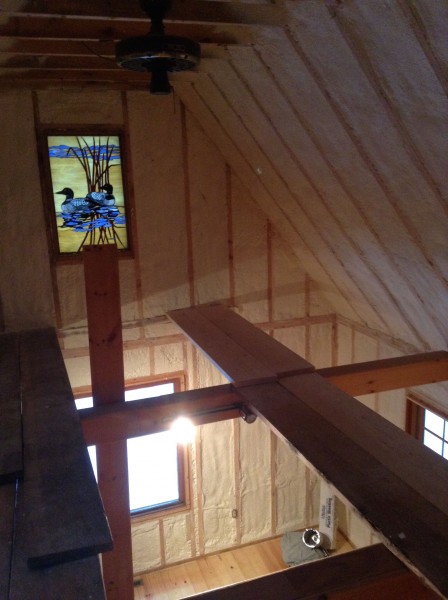 Dennis and Trudi have a project going too. Dennis got foam insulation sprayed throughout his “old cabin” and now they have to put back up v-groove. 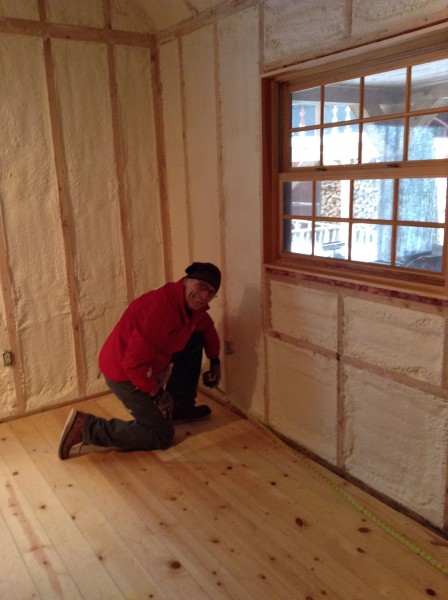 Dennis is lovin’ this job. I think he enjoys putting up wood more than just about anything else. 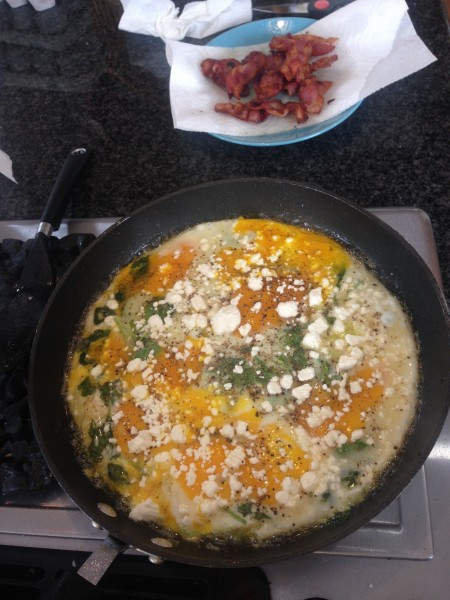 Vincent made me a great breakfast this morning. 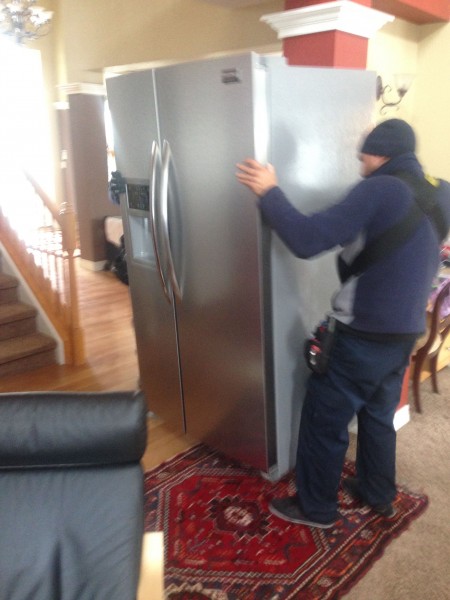 They got a new refrigerator this morning. The moving guys just used a strap over their shoulders to move the old one out and new one back in. Pretty cool. 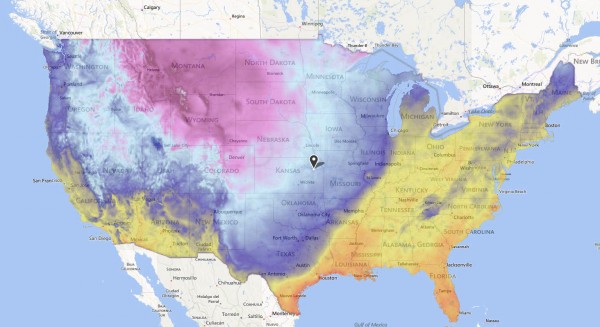 Cold weather is prevalent throughout the US.

10 thoughts on “Too Early for Winter”