And I really am thankful for Friday.  I haven’t slept 6 hours in two nights, trying to get to a point in this bathroom project that I can take a break.  And I am taking a break.

Tomorrow I’m flying out to Orange County and going up to Newbury Park to to the Mike Nosco Memorial Ride on Monday .  I think this is 5th or 6th year they’ve done the ride.  I’ve done it nearly everytime I think.  I’ll be staying with my buddy, Jimmy Mac, newly inducted into the MTB Hall of Fall, at Interbike in Las Vegas, a couple months ago.

Today I had PT at 8 ish, and I went to bed at 4 ish.  That was ugly.  I quit working around 1am, but foolishly decided to put a new back camera in my iPhone when I got home.  That project went south after about an hour.  First the flash didn’t work, so I took it back apart and repositioned it.  Then when I reassembled it, the phone wouldn’t power on, so I took it all apart once again.  So by the time I got it going, it was a 2 1/2 hour ordeal.  Plus I was half asleep.

So after PT, I went and voted early.  There were a ton of people there, but the line went super fast.  I don’t really vote for most of the things on the ballot.  Retaining judges and such, I have no knowledge of.  Governor, senators, etc. I know some about.  It is kind a social responsibility, but I never feel that good when I’m done with it.  Strange.

Then, changed the oil in the Insight and got the car ready for a road trip.  Trudi is going up to Chicago to visit here mom for a few days.  It is nice that it only takes 25 gallons of gas roundtrip.

Okay, I have a ton of more stuff to do today, so I doubt I’ll catch up much.  It will be nice to get a little down time.  I’m a little worried that I’m not fit enough to ride the ride, but that is never the case. 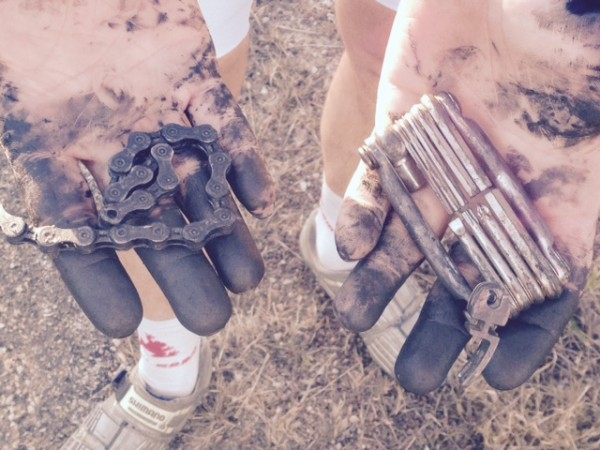 Bill’s hand after making his bike a singlespeed when his rear derailleur exploded. 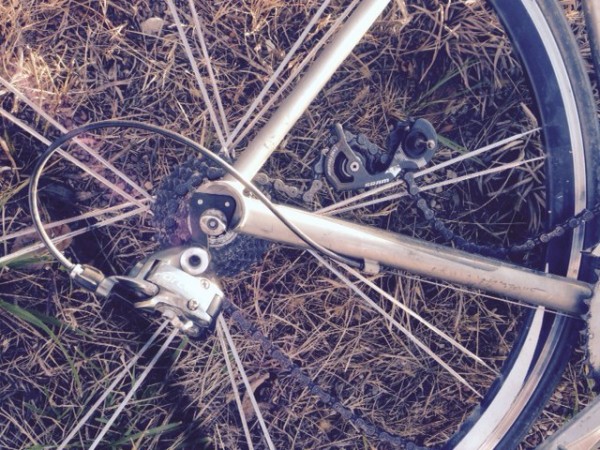 Before his hands got super greasy. 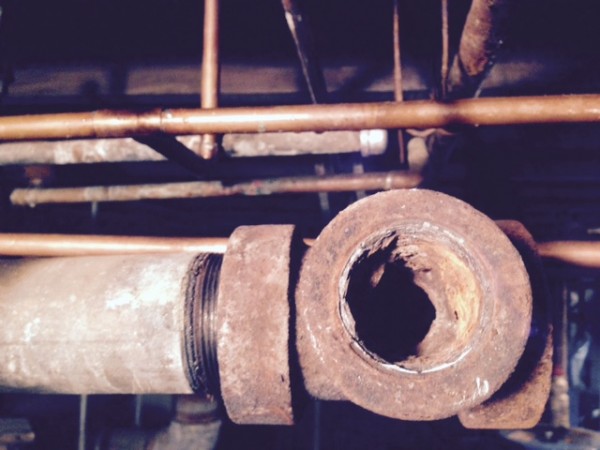 This pipe first broke off, then it took a ton of torching and quenching to finally break it free. It was probably older than me. 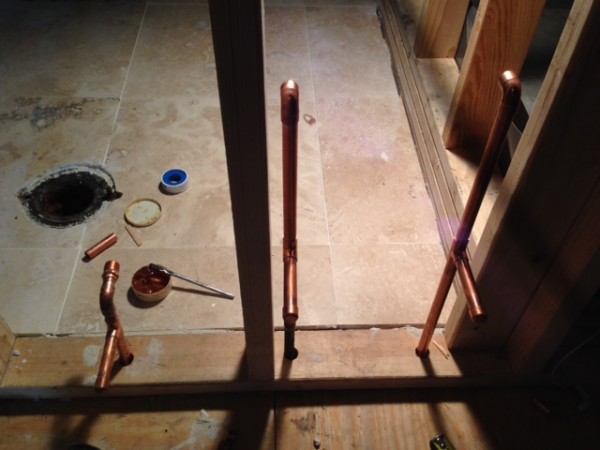 New supplies lines to the bathroom. 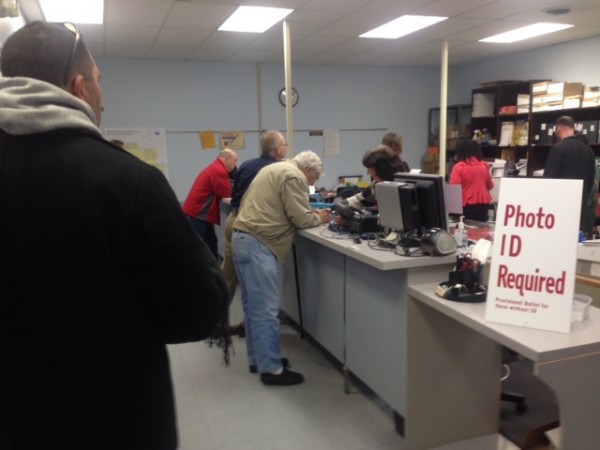 Me and older folks voting today.