I drove up to Los Angeles and didn’t bring a phone charger. I didn’t think I would be there that long. Little did I know. Traffic in LA is beyond horrible. For sure, it is one place I could never live. It is impossible to plan anything when you have no idea whether it is going to take you 15 minutes or 6 hours to get to where you’re going.

My iPhone is still not working all that great. The main complaint is battery life. It sometimes lasts a few hours, but not normally. Apple put a new battery in a couple months ago, but that didn’t fix the problem.

So, about half way into the “trip”, my phone’s battery is showing red, which isn’t good. I’ve had some time to think about it now and I truly don’t understand the stress. Intellectually, I can figure it out easily. No phone, no problem, really. But, emotionally, your mind starts playing all these tricks on me that tell me I really need my phone. Like really bad.

I’m thinking about all the potential calls I might be missing. Or if I’m not going to meet up with the people I supposed to see. All these things that rarely ever happen. Plus not being able to check in with people. I think that is the weirdest one.

Somewhere down the line, cellphones became a way to update people we’re close to, what we are doing and where we are at. Like it really matters. It is so strange that we feel that is an important part of our lives. And people that are used to the updates, sort of get worried or stressed that they aren’t getting them. Intellectually it makes no sense, but emotionally it is just there.

I’m half way thinking about just leaving my cell phone at home when I go out and ride. I have only once, that I can remember, had to call someone to come get me during a ride. And if I need that, I’m sure just about anyone I ask will let me use their phone for a call.

The key is having a phone number. I used to have dozens of phone numbers memorized. Now just a few. And maybe only one or two of those are cell numbers. That could be a problem.

I’ll think about the whole thing awhile. Cellphone both add and subtract from a good life experience.

Anyway, I finally made it up to Shimano. I got a few new pairs of shoes and some wheels. Shipping is so outrageously expensive now, I feel it is my obligation to personally pick up stuff when I’m close by. Plus, it’s always nice to catch up with Wayne and the guys up there. 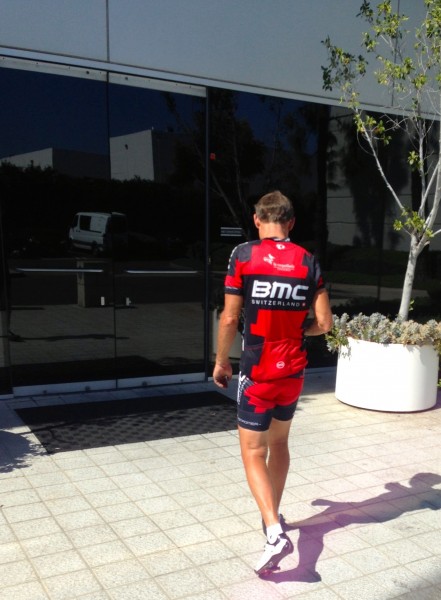 It seems like Wayne is nearly all dressed to ride when I show up. Kind of strange. His legs look amazingly fit. 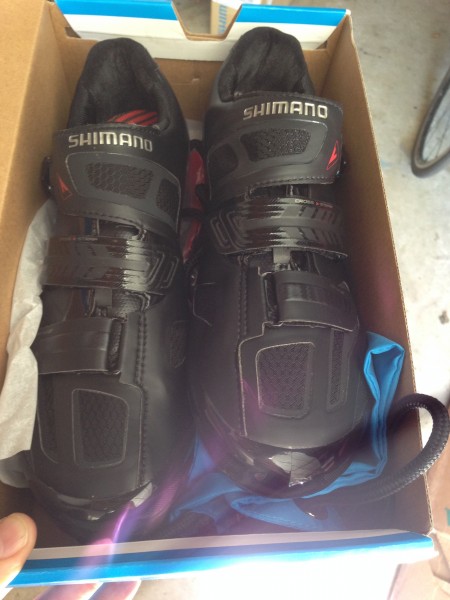 I haven’t had any black cycling shoes for quite a while. Makes sense for cross and MTB racing. 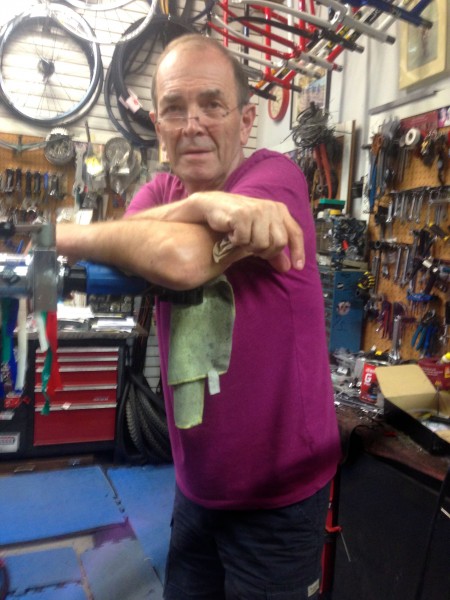 I stopped in Laguna Hills and visited an old friend, Marcel Calborn. He used to own Celo Europa in Manhattan Beach and now is down south. He is a true master mechanic. His current shop is almost of mirror image of his old shop. I can’t believe the number of steel frames he has. Very old school, which is appropriate. 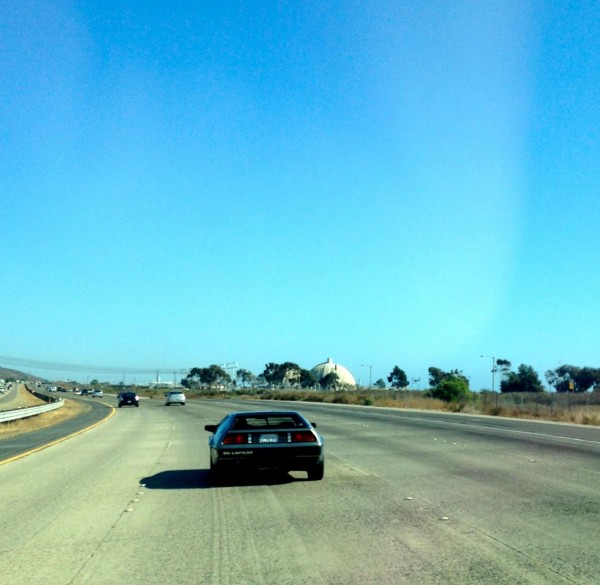