I guess Sunday will be Jens Voight’s last race? The peloton is going to be just that much less exciting without having him around.

I have to admit, I like the way the guy throws it all out there. He does ride and tries to make the best of his abilities.

I do understand that Jens “has” to do a ton of interviews. And in each interview, he needs to say something.

I’m not big on his acknowledgment of doping in the sport. A guy that has been racing for as long as him and he says this about doping – ” However – and this is important – I never saw anything firsthand.”

For me, that one statement overshadows many of the accomplishments he’s had on the bike.

Maybe the guy rode all those Tours with his eyes shut, because witnessing what the whole peloton was doing for years, especially on the climbs, from inside the race, would have been firsthand. Jens rode the Tour on CSC and on Johan Bruyneel’s teams. Saying that he didn’t know that doping was prevalent in the sport, for virtually his whole career, is just idiotic.

Jens and Thor Hushovd are good friends I guess. I wrote a post about losing respect for Thor when he said that he had “never seen any drugs in cycling“. Plus, that drugs wouldn’t help a sprinter like him.

When guys like these make these stupid, imaginary statements about drug usage in the sport, it just adds to the problem. They are in the spot light and have an obligation to tell the truth when addressing the issue. Or just shut up and not say anything. Either would do, but making up shit doesn’t work.

I can hardly wait for a time when the sport is clean enough that we don’t have to judge riders by their views, observations, or anything to do with doping. But, Jens had the misfortune of racing virtually his whole career when the sport was seriously polluted. That is a shame.

Anyway, it’s hard not to like Jens. Funny, happy guy that rides his heart out. The US racing fans have really taken a liking to him and he is honoring that by retiring here at the Pro Challenge. He will be missed. 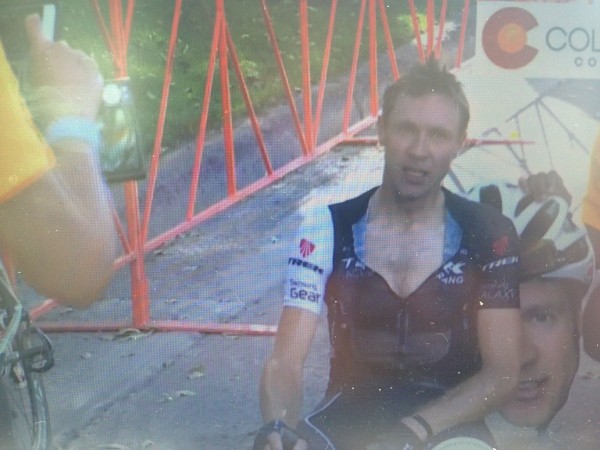 Jens was pretty done finishing in Aspen the first stage. 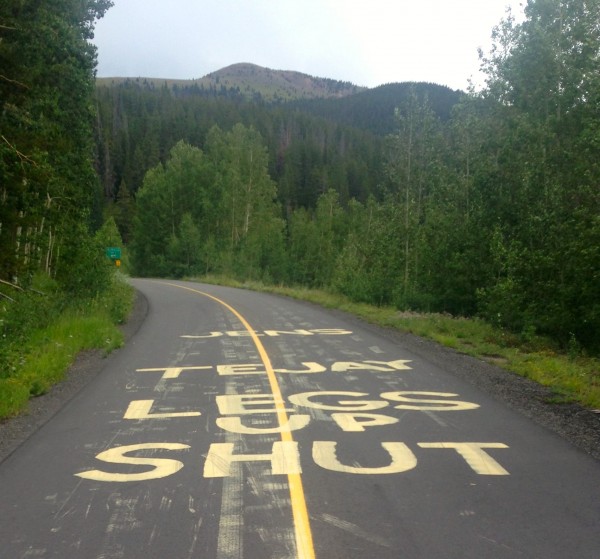 The Vail TT course is ready for Jens on Saturday’s stage. 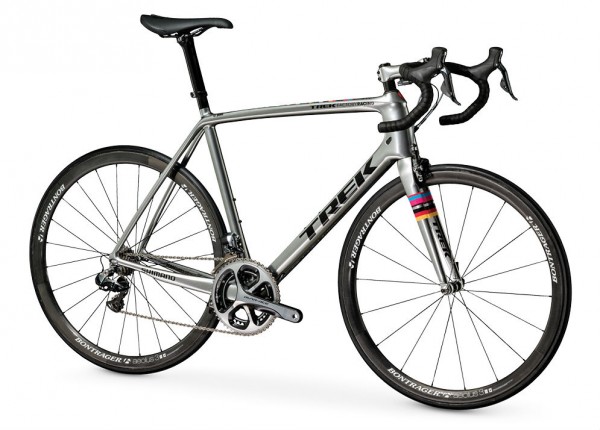 Trek gave Jens a new custom bike to ride his last race. It’s not going to have many miles after this, if Jens sticks to what he says in the video below, and lets it grow cobwebs in the corner.