Yesterday went about like I thought. Picking blueberries, romping in the woods with Bromont, swimming early and then later under a full moon. Pretty enjoyable.

The blueberry picking went great. My hamstrings are a little toast from leaning over for so long. It is amazing how many are just out there to be had. Miles and miles of burn area, re-populated by blueberry plants. They are smaller than store bought blueberries, but tastier.

I came back and got “stuck” switching between watching the finish results from Leadville and the Tour of Utah. Brian, Bill, plus Kent and Katie, tandem, were racing yesterday. Plus, Matt Gilhousen, czar of our sponsor, TradeWind Energy. They had a pretty amazing day. Brian was 7th overall, Bill finished 20th, and Kent and Katie won the tandem category. Matt finished, when was his goal. My ex-teammate, Todd Wells won, leading a Specialized 1/2 finish. Wish I was there.

And Utah, was good too. That was a pretty close finish. Everyone had to race, so it was good in that respect. I thought it was interesting that Cadel went back to the Trek Factory Team car to discuss whether their rider would ride in a 4 man break. I haven’t seen that much. Anyway, I guess it worked out for everyone. BMC got the stage, plus kept 3rd overall, Danielson kept the lead, and Horner is happy recuperating from illness, just sitting on and finishing his antibiotics, while he finishes 2nd in the race.

I swam 20 minutes straight in the lake. My shoulders got sort of weak, but I just pulled less and they felt okay. I can’t remember the last time I swam 20 minutes without stopping. I went again last night, during the super moon. Just a warm down swim. The super moon really isn’t officially until today, but since I was swimming after midnight, it was officially already today. There have been 3 super moons this year, the phenomenon when the moon is in its “full moon” stage, and at its closest point to earth during its yearly orbit. Go check it out tonight. The moon will appear much larger than normal.

Dennis was re-elected to the Birkie board last night. I’m not sure how long this term is for, but he’s on. He is also a representative to the Worldloppet Ski Federation, so he’s a very important guy in nordic ski circles. Feel free to call him for favors, but he expects compensation.

This is the one week anniversary of Vincent’s and Lisa’s new baby girl, Petra. I like the name a lot. I want to go to Petra and hike. And, I want to go and see Petra, the baby too, not at the same time though.

Okay, better get back to the harsh time schedule here. 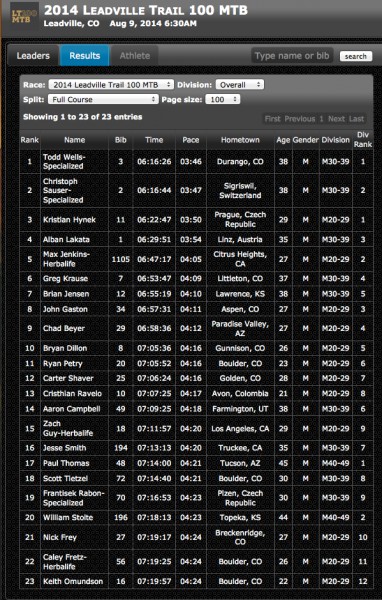 Brian said he was sort of flat, but rode good. Bill rode steady and finished strong. 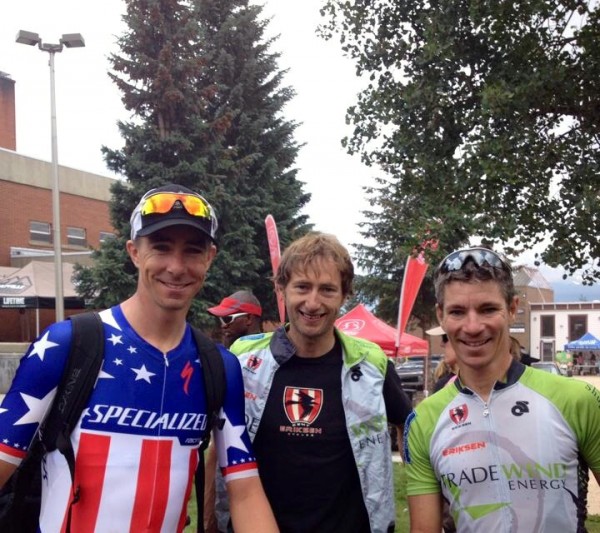 Todd, Brian and Bill after the Leaville 100 yesterday. 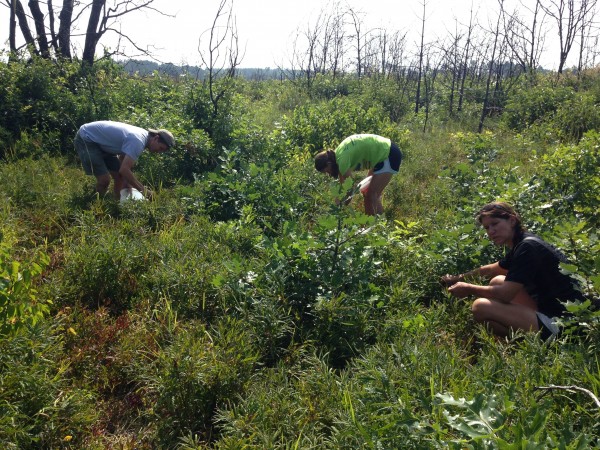 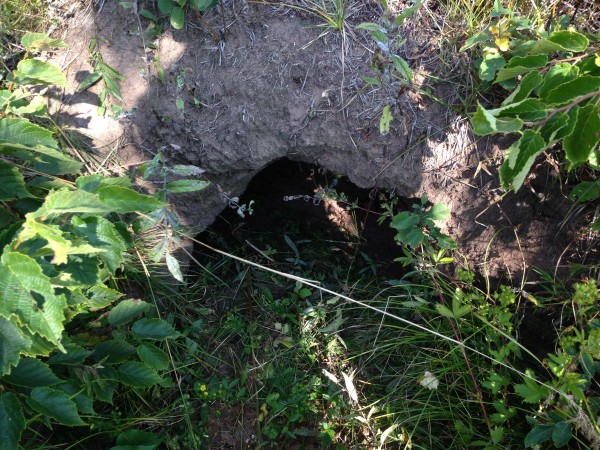 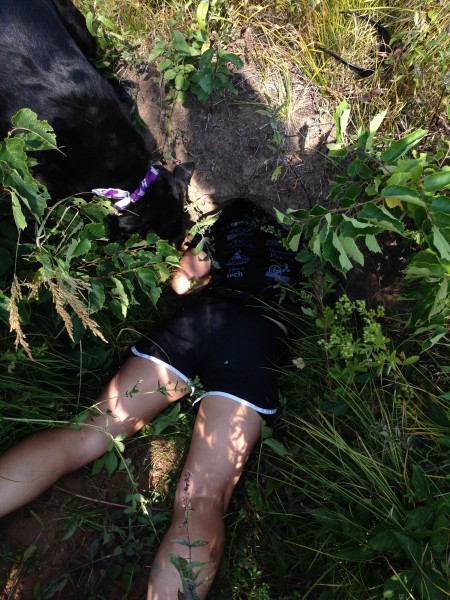 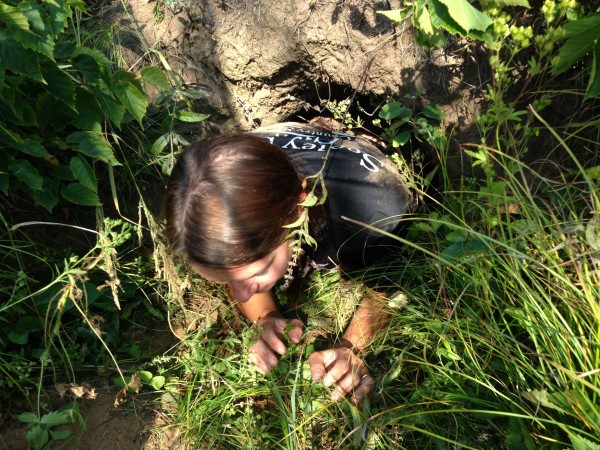 And she came out head first too. Go figure. 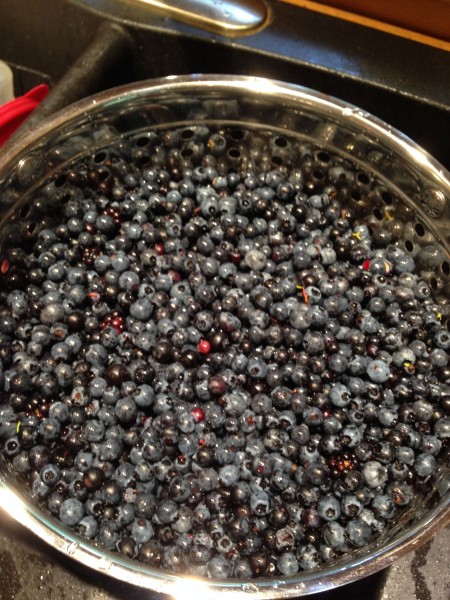 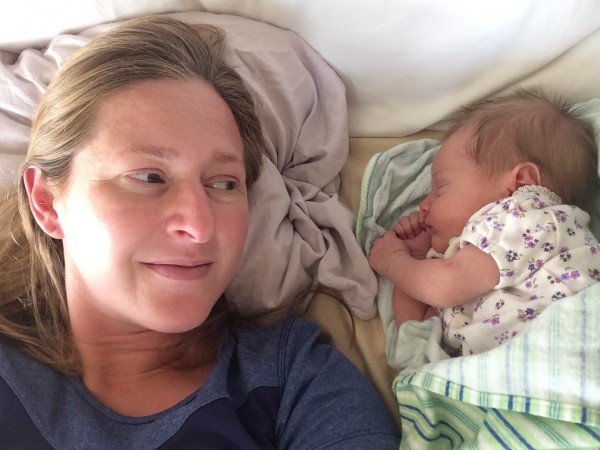 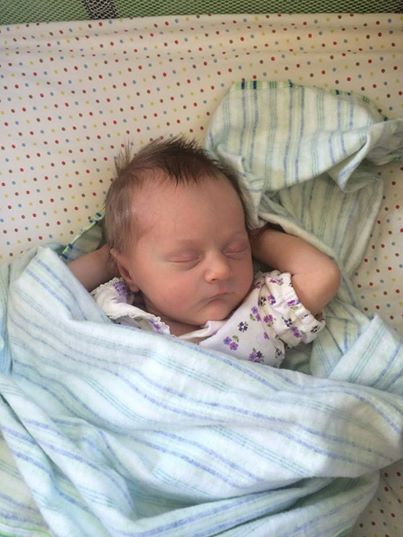 Petra just relaxing for a bit. 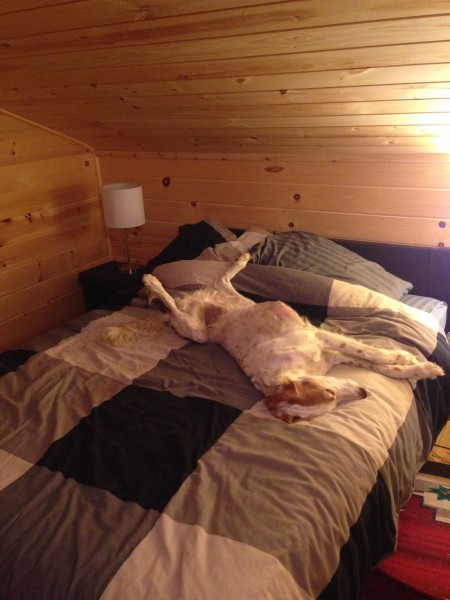 And Bromont, just relaxing for a bit too. He needs to recharge from his hourly wood runs.